All Recent Posts
( “Going Down” by David Smeaton ) For the article in full, on Seoul Mayor Oh Se Hoon’s “Happy Women, Happy Seoul” plan involving the provision of such things as more women’s toilets and the notorious pink parking spaces, see here. Meanwhile, for readers coming from there, see #2 here for the specific quote of Lee [...]

—
Another one done, come join the party
Water skaters belong to the insect family Gerridae. They sit on the surface tension of the water, skimming around and their legs have tiny little hairs which help keep them afloat. The ones in Korea are pretty big and I like to watch them. They wait for another insect to fall into the water, and when that happens, they scoot over and make a meal of the hapless victim. 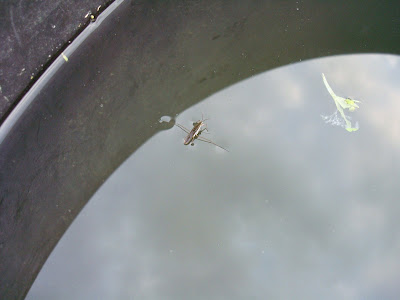 I guess it's their bouyancy that keeps me interested. Down at Suwon, we always have a few in the rain water tanks. You know, if you happen to push one underneath the water for a while, all they do is bounce right back to the surface, huddled up into a little ball. Then when you leave them alone for a while, they slowly extend their legs and flip back to their normal positions. You can do this repeatedly and they bounce back every time.

Not that I would contemplate such mischief.

Walk around the beach and you'll see ... 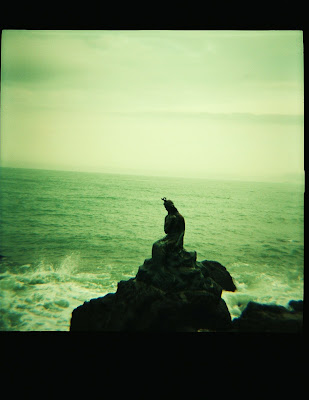 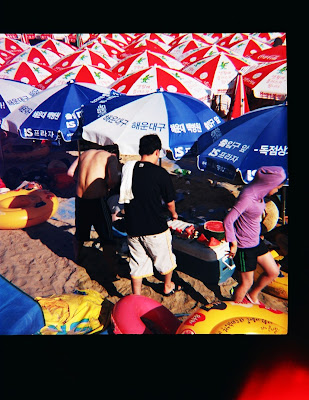 .... Koreans who are soaked from head to toe.
They have a strange habit of going swimming in all their clothes .... which is also sort of great because swimming in clothing is such a strange feeling. 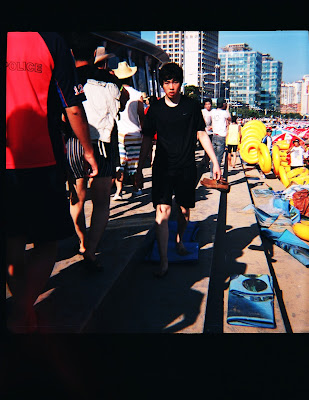 Redheads are quite simply the best people on Earth.
Dye your hair.

Our lab purchased a new air-conditioning unit last week. Up until this time, we only had fans in the lab and an ineffective, medieval, centrally controlled unit that seemed to come on for a couple of hours at a time. I imagine the ajossi at the switchboard downstairs chuckling to himself as he turns it off everyday at 10am. 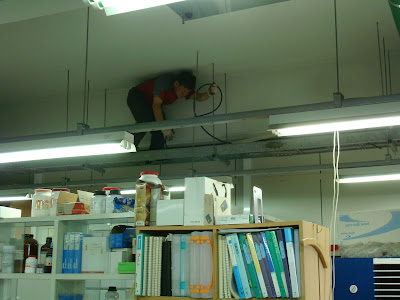 One thing I didn't know was that the ceiling space in our lab has metal rails that you can walk on. I just did a walk around the lab and counted 5 freezers, 3 incubators and 9 computers. There are a whole lot of other electrical devices in here too, so to make things easier most of the wiring runs across the ceiling. 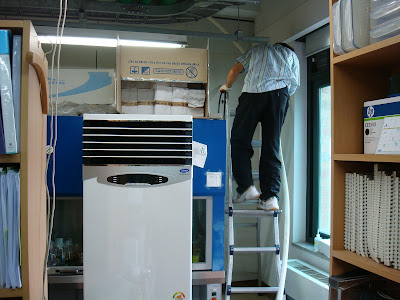 It took three ajossis to install the device. Two were drilling and carrying things while the third stood around scratching his head and looking thoughtful.

Now that we have air-conditioning, working in the lab is a little more pleasant. But from what I just heard in the news, Korea is having it's coldest summer in years. There were a couple of unpleasantly warm days last month, but definitely not as bad as last year. Hopefully this doesn't mean that our wedding will be too cold.

( Source. See here for the details ) 1) A much needed American woman’s guide to dating Korean men. 2) Transgender model Choi Han-bit (최한빛) reached the final round of competition in the 2009 Asia-Pacific Supermodel Contest in Seoul, which will be held on September 25. See AllKpop for more pictures and videos, and FeetManSeoul translates an [...]

Alright you can check out the video of my trip from Busan to Gimhae in South Korea. The trip in total was 80 kms. I rode the #14 highway to Gimhae. On the trip I checked out the Gimhae Museum, King Suro's Tomb and a wall fortress. As well I am glad that rainy season is over..well at least I hope as I got grounded for about a month. Hope you enjoy the video! Cheers, Jeff

While in Thailand we visited a town that, well, let's just be polite and say 'skip it' ... although for some strange reason Klaus really seemed to have enjoy himself there. 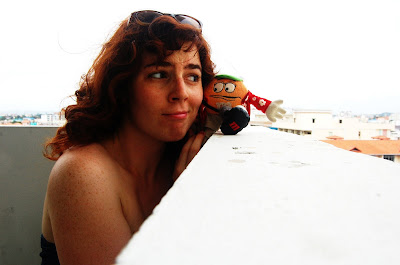 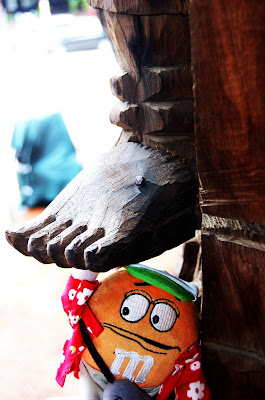 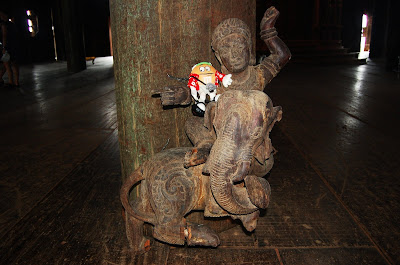 Klaus was also a little fearful of the 'Swain' flu .... you can never be too careful at the airport 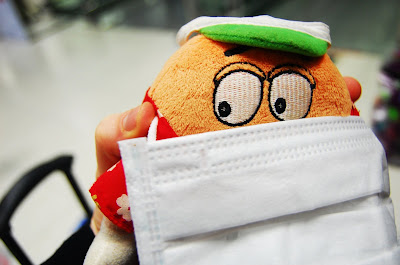