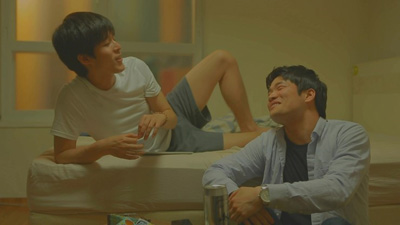 Screen shot from So Refreshed playing Friday June 19th at 5 p.m.
As I mentioned earlier, I'm aiming to write a quick post for the movies playing each day at the 2015 Korea Queer Film Festival. Although this information is all available on the website, I don't think it is displayed particularly well in a logical way (especially links to the descriptions of the short films), so I hope this can be useful to some festival goers. Here is what you can look forward to on Friday, June 19th.

Starting at 11 a.m. is a collection of seven international short and mid-length films. The list of the films, lengths, and genres can be viewed here.

The 2nd film of the day is Australia's 52 Tuesdays at 1:30 p.m. The film focuses on a daughter's relationship with her FTM transgender father and her weekly Tuesday visits, hence the title. The film received critical acclaim at Sundance in 2014. Check out the trailer below:

At 5:00 p.m. a series of 7 Korean short films will be screened. Once again, the KQFF has short introductions to each film, which you can check on their website.

The fourth film of the day is Germany's Happy End at 8 p.m. From IMDB:
Lucca is in the middle of her A-level exams, heading for a career as a high-flying lawyer when she is mistakenly accused of criminal damage and sentenced to community service in a hospice. There she meets Valerie who is determined to carry out the last wishes of her friend Herma, despite Hermas son who is only interested in his inheritance. Lucca helps Valerie to kidnap Hermas ashes and they begin a journey which turns Luccas ideas and values upside down.

The last offering on Friday is a second collection of Korean short films (102 minutes) playing at 10 p.m. For previews and more information on these 8 short film, click here.


The main films on Friday are either in English or have English subtitles, with information on the individual short films available through the links.

Tickets for any of the films can be purchased at Lotte Cinema, or at the door (but they may be going quickly, so I recommend reserving). All screenings will be at the Lotte Cinema near Sinsa station. See the map below! 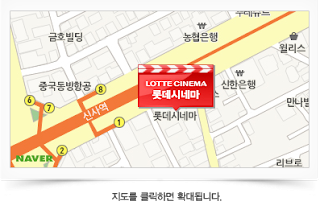