The 6.10 Democracy Movement (6.10 민주항쟁, lit. 6.10 people's struggle, also referred to as the June Democracy Movement) was a wave of protest occuring in June 1987 in Korea to ask for democratic reforms. The movement started on June 10th after president Roh Tae Woo was named president by a regime-appointed council. The people of Korea took to the streets, asking for direct elections and democratic changes. On the same day, a protest was planned to commemorate the death of Park Jong Cheol, a student and activist who had been tortured to death by the police. The day before, during a demonstration in front of Yonsei university,  student Lee Han Yeol was fatally wounded by a tear gas grenade during a demonstration, triggering further mobilization on June 10th.
The demonstrations went on for approximately three weeks, with several violent clashes between police and protesters. Careful of the international reputation of Korea before the start of the 1988 Olympic Games and unwilling to replicate the events of the Gwangju massacre, President Roh gave in to the protesters' request on June 29th. The constitution was amended to include further democratic reforms and free elections were held later that year in December.

A North Korean terrorist attack which occured two weeks before the election played in favor of conservative and anti-leftist Roh who won with almost 40% of the votes. The two opposition candidates Kim Yeong Sam and Kim Dae Jeong won 28% and 27% of the votes respectively. Even though the opposition had more popular support, its division prevented it from gaining power.
Pictures of the demonstrations: 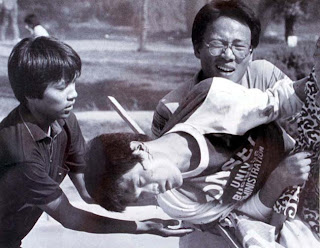 Yonsei studen Lee Han Yeol (이한열) was wounded when a tear gas grenade hit his head. He became a symbol of the opposition movement but eventually died on July 5th 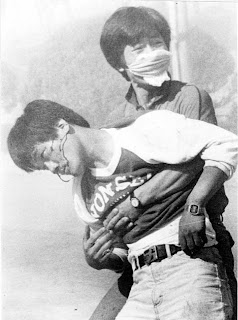 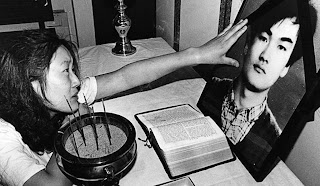 Lee Han Yeol's sister mourning the loss of her brother 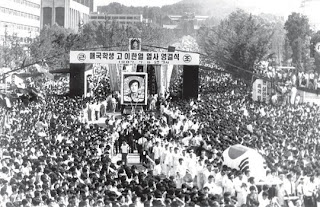 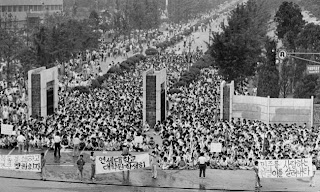 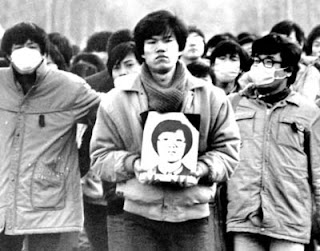 Protesters holding a picture of Park Jong Cheol. Park was a student at Seoul National University. An activist, he was tortured and killed when he refused to reveal the location of some of his comrades. The circumstances of his death were revealed on May 18th 1987 and enflamed the public. He also became a symbol of the democratization movement. 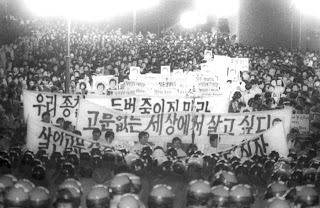 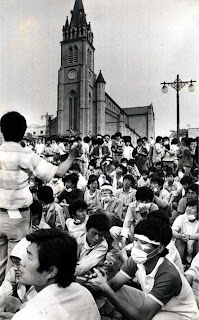 Protesters in front of the Myeong Dong Cathedral 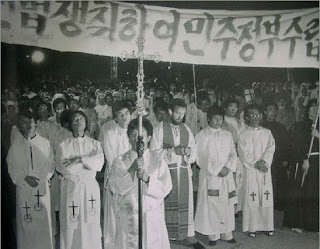 Catholic priests protesting. The Catholic Priests Association for Justice (천주교정의구현전국사제단) was very active during the protest. The association was the one responsible for the disclosure of the events surrounding Park Jong Cheol's death. 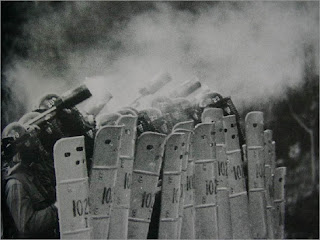 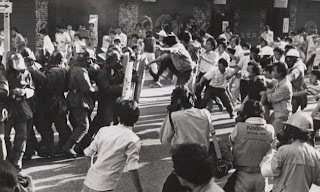 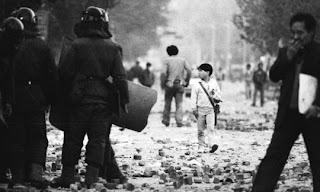 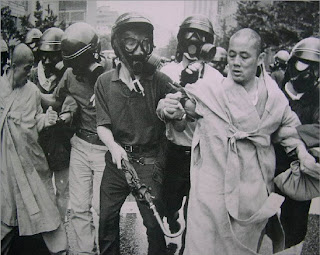 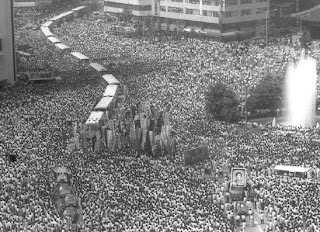 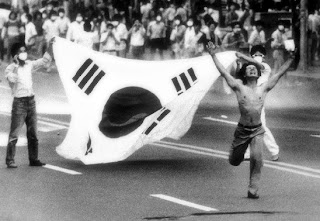 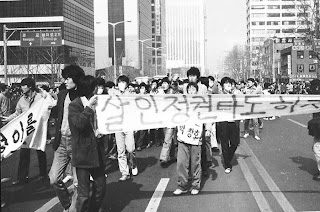 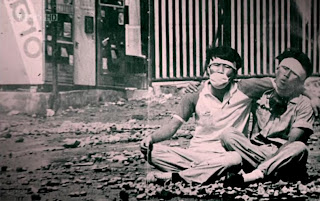 On the same day (June 10th) in1926 an independence movement took place in Korea to protest Japanese occupation. The date is still somewhat commemorated in North Korea, where it is referred to as the June 10 Independence Movement against Japanese imperialism. Concerning the movement of June 10th 1987, the event is described in the North as an "anti-fascist popular uprising to achieve national reunification against military dictatorship and foreign domination and interference", follow this link and look at the bottom of the page for the version of the events offered by the North Korean Press agency. North Korean support of South Korean protests is common and the South Korean governments often brandish the "supported by North Korea" argument to undermine protesters' actions.