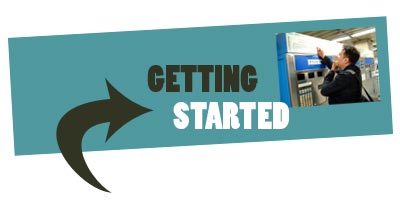 Getting Info for travel:

In Korea: Tourist maps and info can be obtained from bus stations, train stations and Tourist Info where available. (Korean word for map is Jee-doh지 도 ) As well many times city halls of town government offices will have maps. The maps will feature things to do in the town/city and surrounding area.

Trains: KTX is Korea’s Bullet train. There are two lines. A trip from Busan to Seoul takes aprox 2 hours and 40 minutes. The train also heads to Mokpo. Discounts can be obtained by travelling with four people and requesting a table. As well you can purchase train passes online. www.korail.com

There are also slower trains that go all over Korea. They are substantially cheaper than the KTX. They are the saemaul and mungunghwa trains. They stop at all the small towns and feature amenities such as coin operated computers with internet and singing rooms.

Taxis: Are relatively cheap. You can use them as transportation between towns. Price is then negotiated. They are good for in town getting to new places. There are few street names in Korea so it is difficult to explain exactly where things are. So getting somewhere by taxi is a good way to find new places.

Cars: Traffic can be heavy during morning and evening commute times. Roads are in good shape and signs clearly marked in English. Though spelling of town names can very often. It is not unusual to see two or three variations. Most of the Main expressways feature toll booths. Entering tolls you grab a ticket and then pay when you exit the expressway at the toll booth. If you own a car you can purchase a card reader that allows you to use an express lane that automatically charges a prepaid card or your visa.

Motorcycles/scooters: Can be a quicker way to get around. Usually you can get around traffic jams. Motorcycles and scooters are supposed to stay in the right lane. Beware of the Taxi! Crosswalks are okay to use for crossing the street. Please be careful if you decide to ride. People do look out for you on two wheels as they are a big part of traffic here but there are still the people that don’t look out for anyone. It is best to drive very defensively.

Hotels- There are many hotels. The prices start at around 65,000 and rise till 300,000. www.korea.net/uesful_info/reservation/reservation_hotel.asp

Love Motels- During weekdays they can be as low as 30,000 on the weekend prices can double. For 50,000 you can get a pretty  nice room. They can include computers, big screen LCD TVs, Jacuzzi tubs and if you are lucky a circle bed. They are usually fairly discrete and they are safe. Though be aware they are the places people go to hookup.

Hostels- They run around 20,000 night. There are several in Busan and Seoul and some scattered around Korea. www.HIhostels.com

Yeogwans(여관) Are cheap places to stay. You get your own room. They are basic but feature a TV and private washrooms. They are usually around 20,000 a night. Signs will only be in Korean.

Min bak(민박)-  Are in the country side. They start around 15,000 and up. They very in what they are. Some are very basic guesthouses to motel rooms. Signs will only be in Korean.

Jimjilbang- Are the cheapest option. They range from  7,000-10,000. You sleep in common rooms on the floor. Blankets are provided. They also have saunas and sometimes exercise facilities. They are 24 hours so you can go anytime. You can usually find them by seeing 24 hrs 사우나 on the building.

119 is the 911 of Korea. 1588-5644 is a number you call for translation services. They have volunteers available for several different languages.

One frustration of travelling is the ever changing spellings of town names. To keep it as simple as possible there exist three different romanization systems. The original featured breves, apostrophes and diereses. In the country it is more likely to come across old signs with this system. The two newer systems are similar except several letters are different. Is it Busan or Pusan? The Korean governments official romanization is Busan. There is an effort to be more consistent. Letters that change most consistently k/g, ch/j, d/t. Throw in the occasional spelling mistakes and it is best to learn Hangul. Admittedly it is a good thing Busan named their film festival under the older romanization otherwise it would have been Biff.

Drinking the Tap water in most cities in South Korea is safe to drink. Tap water in Seoul and Busan is the same quality of North American cities. Each city sells their own brand of bottled tap water. Busan’s brand is Sun Su, 순수.