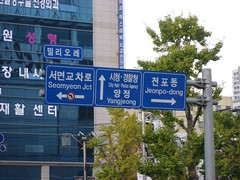 For the first time since I was 18, following the great purge of my possessions known as emigrating, I found myself without a suit to my name. So rather than just buy some casual trousers for our friend's upcoming wedding, slumming it a bit on the day and looking like I don't fit it - again - I instead decided to go hunting for more formal attire.

My search took me to the Migliore shopping mall in Busan's commercial centre, Seomyeon, which for a Saturday afternoon was distinctly lacking in customers. The first store selling suits I entered was run by a tailor. It has its usual representation of somewhat outlandish designs which must pass for fashionable in Korea in some vaguely 1970s American-Midwest-Retro-Chic sort of way, but I opted to try on something more conservative which doesn't make me look like a used-car dealer.

I was immediately awarded a 40% discount from the 480,000 won (£250/$416) starting price. Apparently this included an additional 10% 'foreigner' discount, which as the name suggests is the notional extra discount one sometimes gets at various stores for not being Korean. By this time we'd already established that I was British, not American, though it's impossible to say which one earns the lower discount. It is of course, hardly likely that foreigners get any additional discount, but if they did, it might at least balance out the the groups distributing flyers around Seoul and posting on Naver accusing foreign teachers of 'purposely spreading AIDS, molesting children, raping Korean women and consuming large quantities of narcotics'. You have to love Korea sometimes. 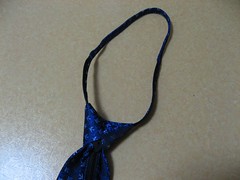 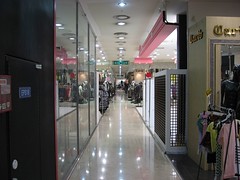 As the owner took my measurements for alterations, he told us that business is down because of Swine Flu. Between the H1N1 virus and the allegedly depressed economic environment there's certainly no hiding the fact that a good number of the concessions within the shopping mall were empty, even if other store owners gratefully use up all the space available to them in front of apparently hastily vacated areas. I felt a bit bad about Korean Mother's haggling. The measurements were done and we were told we could pick up the suit a little later the same day, which is a rather mind-blowing concept if you're from the UK.

My wife found a suit at another store, and Korean Mother once again set to work on owner, a rather round and jolly woman who promised to give as good as she got and never lost the twinkle from her eye as she deflected every attack. Sure enough, from the noises emanating from Korean Mother's throat it was apparent that she was most displeased by the final deal - but we bought anyway. Finally a store owner chalked up a victory to the scourge of Busan's shopping districts.

We ate before returning to collect the suit. I naively had the notion that it would be unceremoniously delivered to me in a plastic store bag in the style of most British high street shops and every other suit I ever recall buying. Instead it was given to me in a proper and rather nice suit holder which easily prevented the clothes getting crumpled as I fought my way back home through the subway, which Swine 'Flu or not, appeared as busy as ever.

The suit of course, fit perfectly. You have to love Korea sometimes.
--