Skip to main content
Today was a brilliant success! Though, it didn't start out that way. Actually it began quite ominously and I had a creeping suspicion that today was going to end with me crawling into bed and hoping that the sun would hurry up and set.

I had a bit of trouble getting motivated this morning. The thought of going out all on my own again was a bit daunting, but the idea of a possible haircut got me shuffling out the door.

My hair used to be really short. I'm talking... boy-short. I loved and hated it. But that's just the relationship that my hair and I have. Love, hate. Even now, I like my hair cut, but it's longer than it's been in over 4 years and for some reason that's bothering me. I see the girls here with all of their cute short hair styles and I get that inner tug to get my hair cut again.

So, I planned today to travel to Namcheon. I'd heard about a Salon there called "The Hair". The guy who owns it worked in London for a bit so apparently his English is very good and I've heard he has a large foreign clientel. That means that he'd be able to deal with my hair. My thick, frizzy, fine, blonde mess of hair.

I wish that I could give you guys a review of the place, but after taking the subway all the way there I find it, and it's closed. Not closed for good closed. Just closed. No one had told me anything about business hours, so I supposed it would have been a little intelligent of me to call before I went all the way there, huh? Only issue with that.... the Salon number wasn't working and I have a problem with calling strangers on their cell phone, even if it IS a 'work cell phone'.

Anyway. After standing at the door for a bit and trying to figure out what to do next I finally take a deep breath and turn around

Surprisingly enough, I didn't feel too bummed out about "The Hair" not being opened. I got to see a little bit of Namcheong.

Now, Namcheong isn't exactly a pearl of a city. It's small and 'quaint', which I very much like. All the buildings were shorter, the population in general was older. It was refreshing to be in a place a little calmer than Hwamyeong, especially with such magnificent weather.

I hopped back on the Subway and ended up going the wrong way. Fortunately my wrong direction still got me to Seomyeon, my destination after Namcheon, it just took about 15 minutes more.

Finally get to Seomyeon. Feeling a little down because the subway is dark and cold, and I'm getting tired of being pushed about by Ajummas who believe that they have the right away above everyone else, especially blonde foreign girls named Auggie. And then suddenly....

5,000₩ sales rack boasting a bunch of cute shirts and skirts that are totally my style. I didn't go overboard, I actually had willpower today. I purchased a couple of things and moved on to the next store with relative ease. 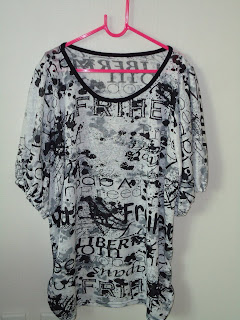 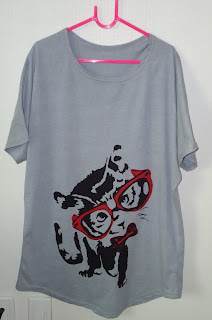 This isn't really a shirt that I'd wear out into public (at least I don't exactly plan to). This is a lounge around type of shirt. I added a photo of it up for my family and friends Stateside who I know will appreciate a cute kitten in glasses and a bow tie. 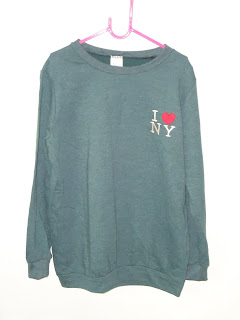 Do I love New York? Honestly. No clue. I've never been there. But I know people there who like it quite well. So, I bought this sweater thinking about them. You know who you are! 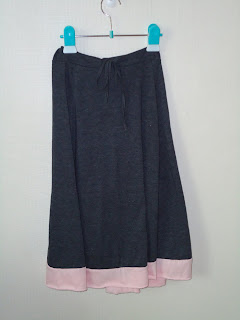 A couple of accessories later and I found myself oohing and ahhing (okay, I was practically squealing) over.... Scarves. Gorgeous, colorful, wonderful scarves. I don't know when it started, but at some point scarves began to seduce me with their wonderful and widely varying colors, patterns, and textures. I am now, quite happily, obsessed with them. 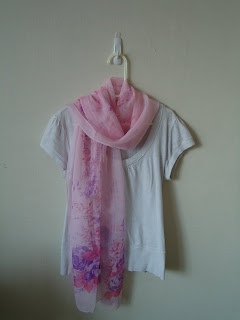 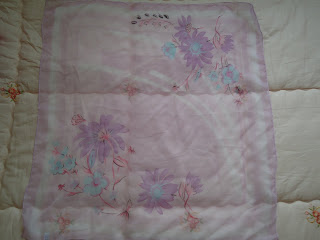 This one wouldn't hang properly on my white 'display shirt' because it's so much tinier than the others. But you get the idea. It's cute. 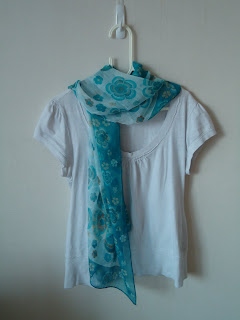 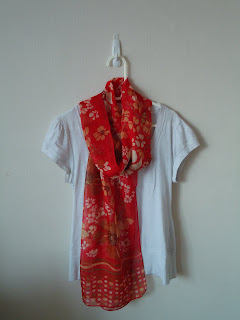 Aside from the scarves I brought home quite few nice things to add to my wardrobe, including a slew of adorable socks. 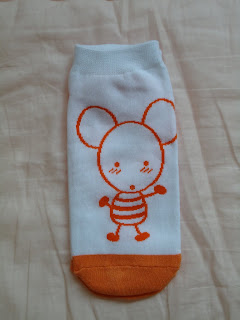 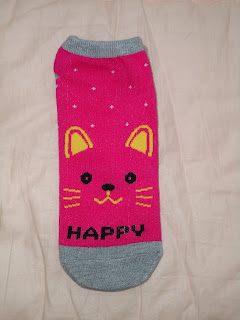 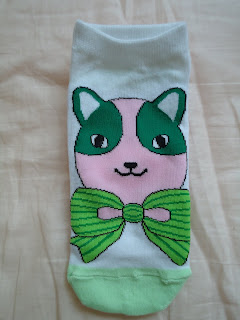 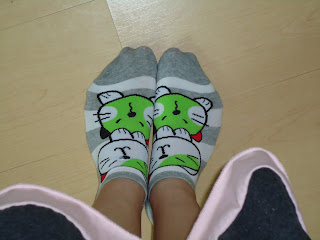 I'm a big 'smell' person. Smells are the biggest trigger of emotion for me. If I'm in a pleasant smelling environment then I'm pretty darn happy. Today was filled with nice smells.

On the Subway on the way to Seomyeon a young man loaded on and then came to stand next to me. I'm suddenly on immediate alert. He was doused in cologne. Usually people would find this offensive, but this ... this was an amazing cologne. It was the type of cologne that made me want to lean over and bury my face against his shoulder (which would have given him the shock of his life, I'm sure). To guys like this I just want to say:

Arriving back in Hwamyeong I was greeted with wonderful scents coming from street vendors selling sweet cakes, bread, and other yummy foods like this. The sun was warm and just getting ready to set, there was a cool breeze, and there were children running around all over the place. At that moment I realized something. I really do like Hwamyeong. It's a city, sure. It's a busy city, yeah. But it's got its charm, and it's just small enough to have quaint areas that are completely homey.

I have a feeling this summer is going to be amazing and memorable.

On the way back to Hwamyeong I stopped in at a little store that one of my co-workers suggested. Upon entering my first impression is "Oh, just another knickknack store." Then I see it.

These are smells of home, comfort, and summer. They are liquid happiness.

Yes. Today was definitely a success.

I hope you're all enjoying your weekend.

(Edit: Apologies to everyone who read the original post and had to read "Bog host". While I'm sure this isn't always the most thrilling and interesting of blogs, it is certainly not a bog. And I am certainly not a 'bog host'.)