We had the great opportunity to go to Wooband Tower Land (우방타워랜드) on a school trip with all the students of my school. The park itself made me reminiscent of Busch Gardens back in the States, a European-styled theme park.  Obviously the central site is the tower itself which rises 312 meters above the park.I’m hoping to do the SkyJump one day, a 123 meters high (403.6 ft) jump with a 10 seconds fall. But that’s for next time.

My students took advantage of not having to sport their uniform, coming in jeans, shorts and leggings. The most surprising? Wearing skirts and dresses with cute little purses. Really girls? Really? I had to crack up at the audacity of it, until they were sent home to change. I can’t say much more about that, my principal had to do a double-take when I respectfully said hello and he couldn’t recognize me because he thought I was a student! “I was wondering why you’re hair was so long!”, he said.

The teachers took a break after we got inside the park and headed straight for the outside eating area. Kimbap was pulled out (as is the traditional food to eat during our school’s outing). A teacher of mine lamented how the students didn’t want kimbap anymore, and often settled for pizza or burgers from the concession stands. 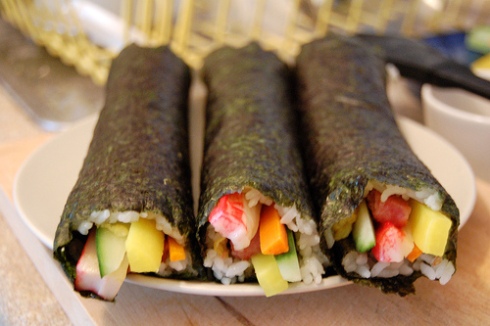 After the kimpab, fruits were pulled out and AFTER the fruits some cookies. And they were just beginning, the beer was taken out soon after. As my belly grew in size, I kept darting glances at  the youngest teacher at school. Of all the teachers, we were the bravest ones to leave the seating area and venture out to try the rides. I think the staff thought it was endearing seeing the youngest teachers get excited about rides. Ha. 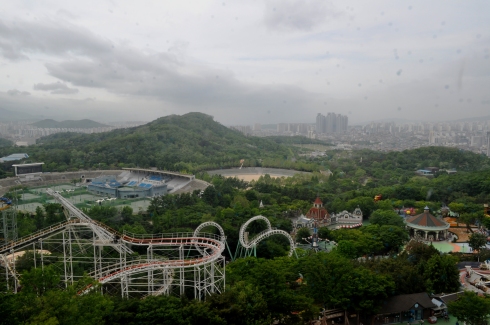 We took the cable car and then got to go on one ride: The Viking Ship. ::Sigh:: Unfortunately, she was scared of anything else, finding even the swinging ship too much to even let go of the handle. I noted I needed to return with my friends who hopefully wouldn’t be so fearful. 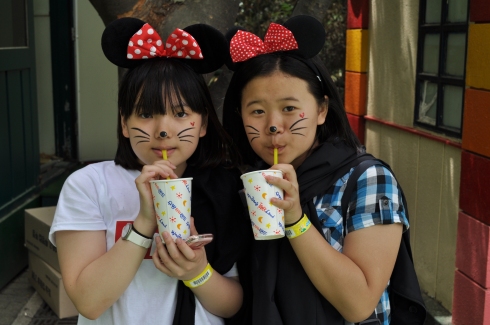 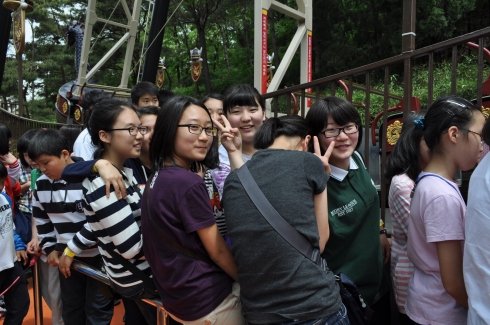 The day ended with pouring rain, as you can see the impeding dark clouds in the first pic. My students had no qualms about the rain, running around and staying at the park till closing. Me on the other hand? Got to go home after lunch and relax. Mr. Kim had the same nonchalant attitude when the rain came, placing the juice box he was carrying over his head for protection. Haha, he is so awesome.

Here’s a vid I found that gives you a tour of Woobang from KoreanTourism.

Tweets by @FrmKoreaWthLove
GEUMDON
BUSAN
Real Estate
RENT, BUY, SELL
All types of HOUSING
We speak English and
Can help you with
contract translation and
landlord communication
010-4499-8283