Editor’s note: Ardie is a new intern at 3WM. He is working towards  his International Studies Master’s at Korea University. He has experience in commercial journalism in the Philippines and the very commercial journalism of CNN.go. There are as many as 60,000 Filipinos living in South Korea and he looks forward  to rooting out tough stories of class and culture that the mainstream media shies away from. You can contact him through [email protected]. Also contact us at the same email if you are interested in beginning an internship with 3WM: Independent English Language Media for the Peninsula.

The idea of always being a community is one deeply entrenched in the Filipino value system. The values of respect and “looking after each other” are only a few of what we Filipinos learn early in life. However, what seem to be ideal principles of respect and harmony do not necessarily manifest 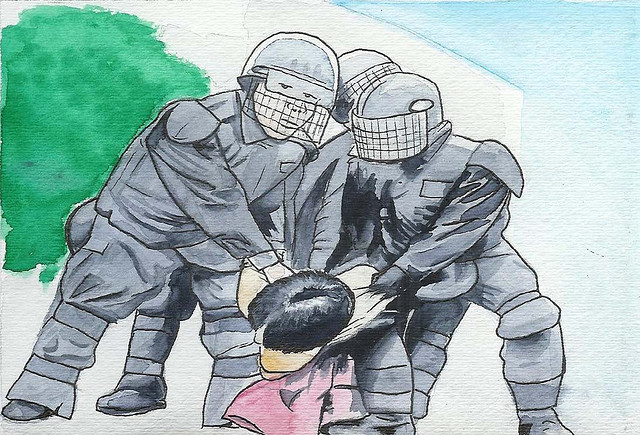 themselves that way in reality. Modern Filipino society is characterized by that of disunity wherein Filipinos unfortunately find themselves divided along the lines of ideology, economic status and even ethnicity. Having been away for more than a year and a half now, I have pondered on how these realities are reflected in the small Filipino community in Korea.

Since arriving here, I have never really been an active member of the community. My affiliation with it is very limited and is primarily about satisfying my craving for home-cooked pinoy food. But one experience made me reevaluate my relationship with the community. In the summer of last year, I assisted a Political Science professor from Johns Hopkins University in investigating the experiences of the Filipinomigrant workers in Korea. I remember a striking conversation I had with a man who has been staying illegally in Korea for more than 10 years. He told me that in his time in Korea, he has missed countless birthday parties, family gatherings and moments when he thought he should have been there. This particular revelation struck the home chord with me and it reminded me of why I am truly proud of my roots, or at least that I cannot escape them.

But then again, what has kept me from forging a relationship with the people that remind me of home?

First, I am a proud secularist. Unlike most Filipinos, I do not find the teachings of the Catholic Church necessarily enlightening. Instead, I find them mostly misleading. Their involvement in politics and their seemingly self-righteous rant on the evils of artificial contraceptives strike me as impractical and arrogant. With all this, finding a sense of belonging in a predominantly Catholic community continues to elude me. This challenge posed by the difference in belief system has nurtured a gap that was already there.

On the other hand, I think the issue is not really religion per se but more of the absence of respect for differences and the lack of appreciation for diversity–a disquieting fact that turns off individuals like me.

The Demand for Conformity

It is not uncommon to find that most Asian societies have numerous standards and norms that people are expected to follow. As opposed to most liberal western societies, the demand to conform to these standards is more of the norm than the exception.

At the same time, individuals who refuse to be subjected to these popular notions pay too high a price for a life free from social dictates; a price I was willing to pay. However, I for one am not bulletproof from following social norms, a natural tendency for someone afraid of being ostracized from his or her own society, and even from his or her own family. Nevertheless, my undergraduate study at the University of the Philippines in Cebu showed me the virtue of individualism that I have come to respect and eventually practice. 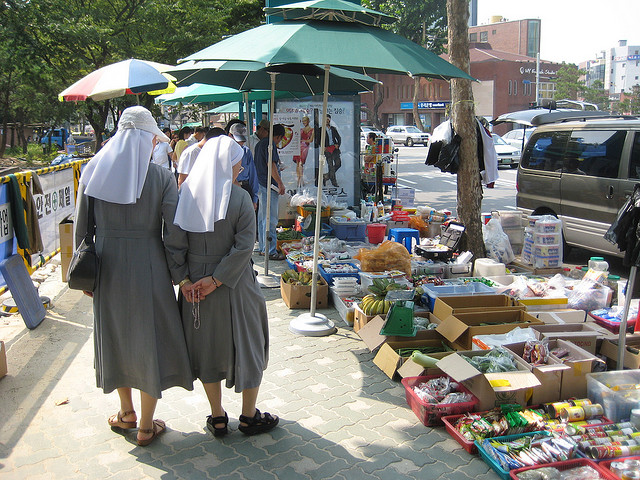 The Filipino Market in Seoul.

The concept of individualism does not bode well in a very communal society like the Philippines. For instance, as someone being born and raised in a typical Catholic family, my support for making abortion an option for Filipino women and my support for providing the same benefits and rights that heterosexuals have for members of the LGBT community have definitely raised eyebrows. This I believe has both consciously and unconsciously pushed me to create a wall between me and the Filipino community in general. I find comfort within the confines of my personal space and satisfaction in standing up to what I believe in. I try to resist the demand for conformity as it diminishes people to a mere mass of flesh incapable of creating their own unique identity.

At the end of the day, as I look back to where I come from, I find that I am not alone in feeling alienated from the society. There is an increasing trend of new generation Filipinos who dare to question socially constructed concepts and dare to not follow norms for the sake of individuality.

Exposed to the forces of globalization, Filipino society finds itself undergoing changes at many levels, and all I could hope for is it to go beyond its trivial values and embrace the novelty of a new generation of Filipinos like myself. I have moved to Seoul to test my commitment on becoming an individual and I hope to be reporting stories that you won’t find in every day newspapers.

I was born and raised in Cebu, Philippines where business process outsourcing (BPO) companies have sought refuge. I left Cebu to pursue a Master’s degree in International Studies at Korea University Graduate School of International Studies. When I am not slaving away at work or at the reading rooms of my university, I head out with my camera and take photos to unwind or play with my dog. My main interests are traveling, coffee, crime books and good beer.