Skip to main content
This past Sunday I took a walk exploring the southern tip of my peninsular neighborhood.  And it wasn't until I got home and looked at the pictures I took that I realized that a lot of them were examples of what I think of when I think of Korea, or how I see Korea.

I love the older Korean homes.  When so much of Busan's population live in apartments, it's always a nice sight to see a bunch of older homes that have yet to be torn down and replaced by some big apartment complex.  There's also something so very Korean about the hodgepodge of houses and the tangle of wires that makes Korea's neighborhoods so fun to explore. 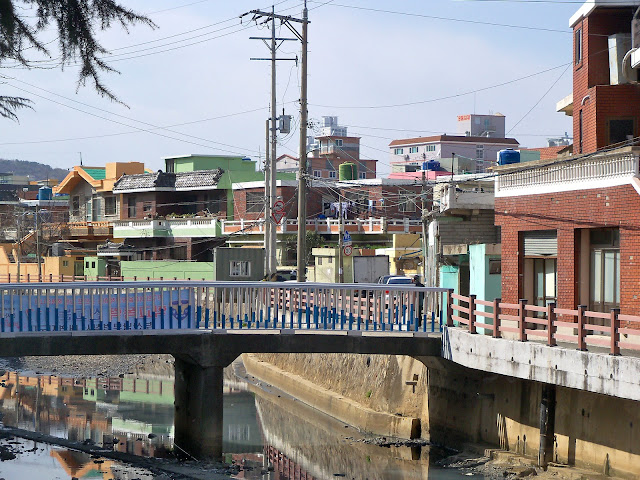 Did I mention I live in a port town?  Even though I no longer live on the island where my proximity to the shipping industry was much closer- it's still hard to get away from the driving force of Busan's international port. 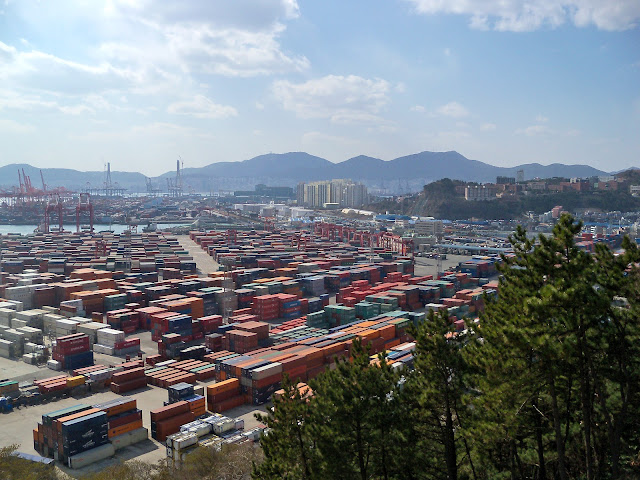 Another thing I love so very much about Korea is it's beauty and dedication.  I love Korea's mountains which are so different from the flat farm land of where I grew up.  Being so close to the ocean and the mountains is a really great treat that I really did miss last year.

I love this lighthouse perched so precariously out on the rocks.  I had seen this lighthouse before when we took our pirate boat cruise but now I live a LOT closer to it.  It must have taken so much  effort and it really is stunning. 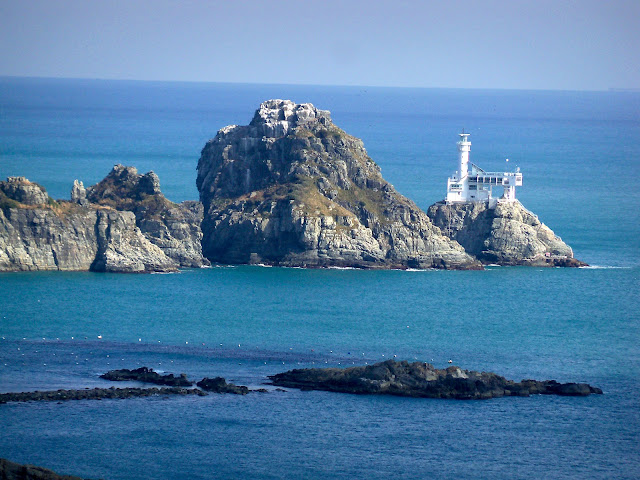 Korea is dynamic.  Since things have been build up so quickly, and often continue to do so there's often less of a physical divide between affluence in neighborhoods.  It goes from these small ramshackle homes to the aptly named "Lotte Castle".  It may seem odd, but a lot of the wealthier people live in nice apartments whereas poorer families often live in homes like these. 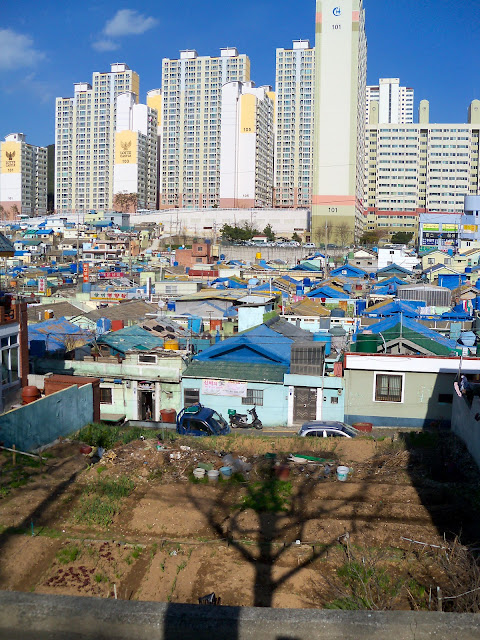 I just love how on this street it just opens up from a garden to these small homes with towering apartments above.  Also for a long time when I first got to Korea I found the bright blue roofs so strange and now I just find them so Korean and not off putting or weird at all anymore.


Now don't despair- Korea is also filled with busy streets and tons of Neon, but for some reason it's not the first thing I think of when I picture Korea in my head. 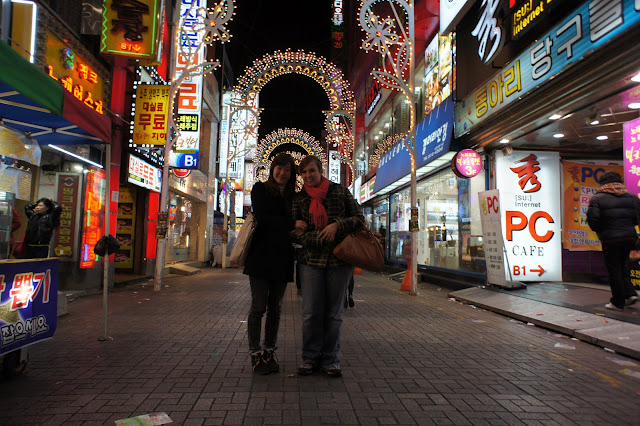 But for better or worse, this is how Korea looks to me.


From Busan with Love,
Jenna