Nowadays, in Korea, the youth is generally known to be indifferent towards 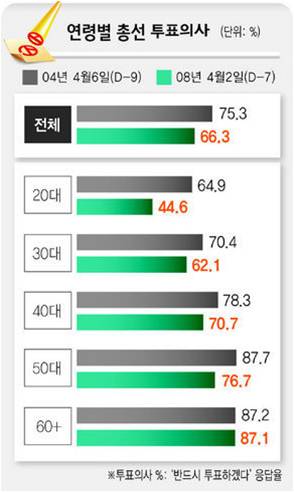 politics. Since the Korean politic society is notorious for its corruption, people have grown uninterested in what the politicians are constantly and vainly fighting over.

We can most clearly identify such indifference from voter turnouts: in a survey conducted in 2008, only 44.6% of the 20’s replied they would vote in the general election. If we compare this rate to the 2004’s 64.9%, we can see that the rate is growing lower and lower.

Every time there is an important election, campaigns are held all over the country in order to encourage youths to vote. This kind of apathy towards politics is considered a serious problem since the very group of people from which some will have to be political leaders and the others will have to determine the country’s future by either supporting the leaders or criticizing them is alienating itself from reality. This way, only a few people who are deeply concerned about politics will take up the role, and the world of politics will become polarized by these extremists.

However, in order to get young people vote and be interested in politics, politicians themselves must prove that the world of politics is not a place of incessant senseless battles. One of my friends pointed out that politicians must stop waging a war between the conservative and the progressive, but seek actual solutions to problems in reality such as the unemployment crisis or financial difficulties. This is the kind of politician youths want: a politician who will settle the problems that confront them presently, not one who keeps fighting over meaningless ideology. 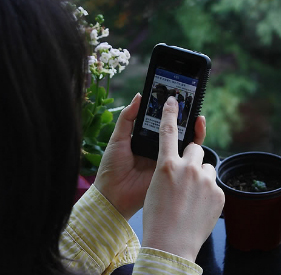 The trend 0f SNS nowadays is also contributing to enhance the youth’s interest towards politics. It is helping people to freely express their political opinions, share them with others, and foster a continuous political debate online. This phenomenon has been criticized by people who say that the SNS media produces excessive unfiltered thoughts and causes confusion instead of helping people to establish their own set of political views. The government once tried to punish people who spread political rumors through SNS media. However, the government was criticized in that this kind of intervention is inappropriate and is an abuse of power (yet this does not mean the government will cease it’s monitoring of SNS). Despite the drawbacks of SNS politics, it is still meaningful since it allows everyone to freely participate in forming public opinions and thus help people gain back their interest in politics. 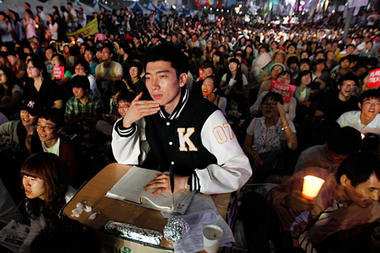 For so long Korean politics has been mainly formed by the older generations voting in rather large numbers while the young have better things to do (or so they think).  Perhaps now that there is a platform for the youth to communicate and share their ideas in a convenient and engaging way, we will see a sea change in Korean politics.  Combining this new technology and the desire for change among the youth could act as the ultimate catalyst. As one fellow college student, Kim Yoo-kyung, 20 and a freshman at Ewha Women’s University, put it:

“The majority of the young generally endorse the progressive party. We prefer “change”—society with no corruption or manipulation, living all together, the poor and the rich. The party that has an image of such “change” is the Liberal Party. The young desperately crave change.”

In short, there exists a desire for change and means by which to achieve that change but the question is:  Will we, the youth, seize the opportunity and follow through into the future?

Stella Jang is finishing her freshman year at Seoul National University where where she is a student in the College of Humanities.