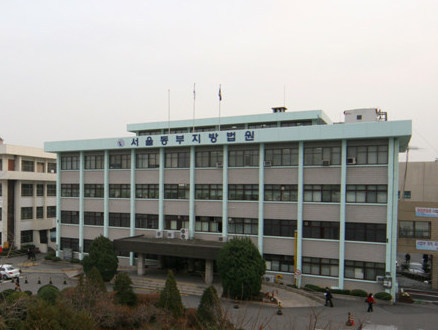 On Tuesday, March 13 at 10:40 a.m., travel agent and serial scammer, Kang Wan Koo (aka Wystan Kang, aka Joseph Kim), will stand trial for fraud and embezzlement at the Seoul Eastern District Court. It has been a long time coming with scores of victims bamboozled out of more than a 170 million won ($150,000) over the period of at least a year according to the Prosecutors’ Office who finally arrested and detained Kang on February 13.

Prosecutors have since questioned him to build their case which is already thick due to the many victims–from places such as Pakistan, the U.S., Israel and France–who have come forward and evidence gathered by Kim Hyun-joo of the Korea Tourism Organization’s Tourism Complaint Center with 3WM and attorney Tae jin Jo of the Korea Legal Aid Company who is representing victims in a civil case. Mr. Jo expressed optimism about Kang finally facing charges and the effect it could have on the civil case: “If his crime turns out to be guilty in criminal court, we could win our civil trial easily without additional evidences. So, it could shorten the civil trial schedule.”

Yet, as before, Jo is rightly concerned about collecting the losses of the victims. “But, unfortunately, it doesn’t mean our clients could receive their money from him or his company without any difficulty,” he said. The prosecutors’ statement that Kang “has no money” certainly doesn’t assuage the concerns of those scammed. When news came that Kang had been detained, some victims weren’t so pleased: “Him being detained means none of us will ever see our money,” posted one. A few days later another commented, “Someone please make me feel better by telling me that this is actually going to help us get money back!”

Nevertheless, others expressed some satisfaction and skepticism with Kang’s detention: “As long as he is punished I can get over losing money. The biggest problem was losing money, going to the law and watching him not only get away with it but continue to do it,” wrote one.

Depending on Kang’s criminal record, he could face jail time but that is rather unlikely given the charges. More likely would be a fine and some sort of probation, said those familiar with such cases. For sure no money will wind up in the victims’ hands as it is a criminal case. Safee Ullah, a 31-year-old from Pakistan and a PhD candidate who has appealed the case to the Ministry of Foreign Affairs, the Human Rights Commission and the Prime Minister’s Office is ambivalent about the trial. “No money will come out of this case, right?” Safee said. “All they can do is punish him with jail or something…it doesn’t matter to us if he goes for one year or two and a half or four,” he added. “All we can do is hope that in the end of all this the family tries to have redemption for him and gets some amount of money together for the victims.” Safee, himself scammed out of 1.9 million won, also said he’s baffled by the inability to track down the cash. “Can’t they see where the money went?” he asked. “The money didn’t burn in the street—it had to go somewhere and they should be able to find out.”

Jo earlier said, “…I’m not sure whether we could receive our money from him or his company, because it absolutely depends on his or his company’s assets.” It is unclear now what those assets are given that Kang’s Zenith Travel business was shut down and then his second business had its registration banned until this week (it now cannot legally conduct business with foreigners because it doesn’t have the 200 million won registration).

Regardless of his detention, few believe he won’t find a way to keep operating—he did it before when he was forbidden from doing so. “His email account is still active,” said Safee, “and that’s how he does his business with foreigners.” Safee believes a guilty verdict will allow authorities or victims to appeal to gmail and hotmail to get the accounts shut down but doesn’t think jail is a fail-proof solution. “Putting him in jail is half a solution,” he said. “A judgment will help shut down his accounts.”

Although it is not certain if that would stop this swindler either. It remains to be seen if a new victim, a happy holidaymaker, will find him- or herself in the middle of another Kang con. For now he sits behind bars awaiting a trial in two weeks. People can only hope he’s planning to turn over a new leaf, not a new scam.