As some may still remember of the Swiss Solar Impulse 2 which flew around the world using only solar power, the Solatrike-Project of another Swiss guy head off about the same time. Since July 2015 the Solatrike of David Brandenberger is on the road from Europe to South Korea. The solar and human powered recumbent Trike passed on this way 17 countries and filled 22’000km so far. 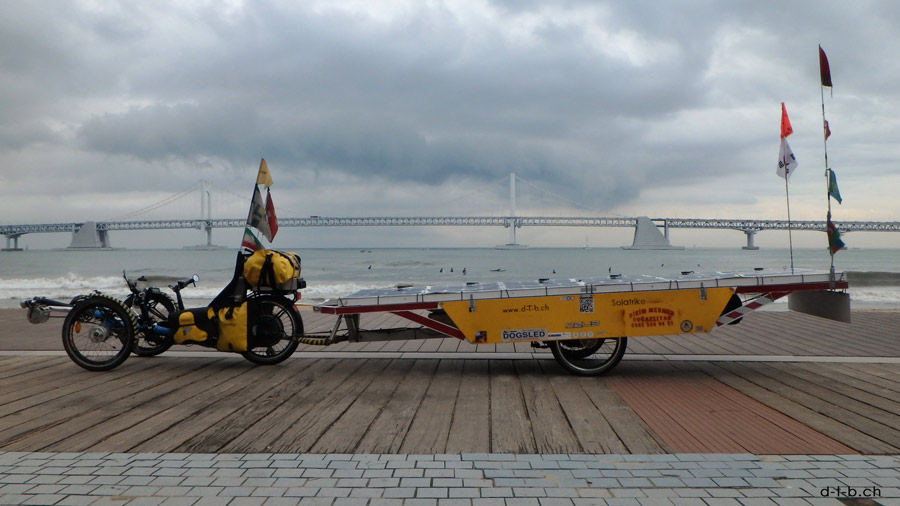 The Swiss traveller was looking for something to transport a load of luggage in a sportive and environmental saving way. He chose a bike because of the slow travelling speed and to get in contact with locals, but his luggage was too heavy to pull it all. That’s why he thought about a motor as an assist and solar panels to charge the battery independent of energy sources. He found the Czech recumbent Trike fabrication AZUB, which did a race with something similar. They provided him with experience and a custom built recumbent Trike and trailer. Knowing only a little of electricity, solar power and bike repair, David Brandenberger head off to his adventure in direction Asia. His skills getting better in these things on the way, but the focus are still on photography and doing sketches.

He spent rainy nights with Uzbek construction workers in a worn out house in Kazakhstan, got interviewed by many reporters in Turkey, Bulgaria and Greece, survived a narrow construction road passing huge trucks in the dust in China or a night in a desert storm holding his tent against the fierce wind inside the Gobi desert. There are a lot of stories he could tell of his tour from the heat in Azerbaijan and the freezing cold in Kyrgyzstan, but the most he likes to tell about the friendliness of the people he encountered along the way. Some provided him with food along the way, invited him for a night to sleep, helped at repairs on the Trike or to find the right direction and others organized to find a company which could build a new trailer in Uzbekistan.

His goal is to travel with his Solatrike as far as he can and as long as it’s possible. If he could cycle around the world he will be more than glad. The half of the length around the Equator he already cycled and he is still in good mood to continue to South East Asia. Unfortunately he is stranded here in Busan for more than one and a half month now, trying in vain to ship his Solatrike to South East Asia. Crossing boarders by land with his bike was never a problem, but shipping it to another Country seems to be impossible. Every Country finds another reason to deny this travel to be continued. David hopes to find a good way out of this situation that he can continuing on his mission to promote solar and other alternative power like Solar Impulse 2 with his Solatrike-Project. 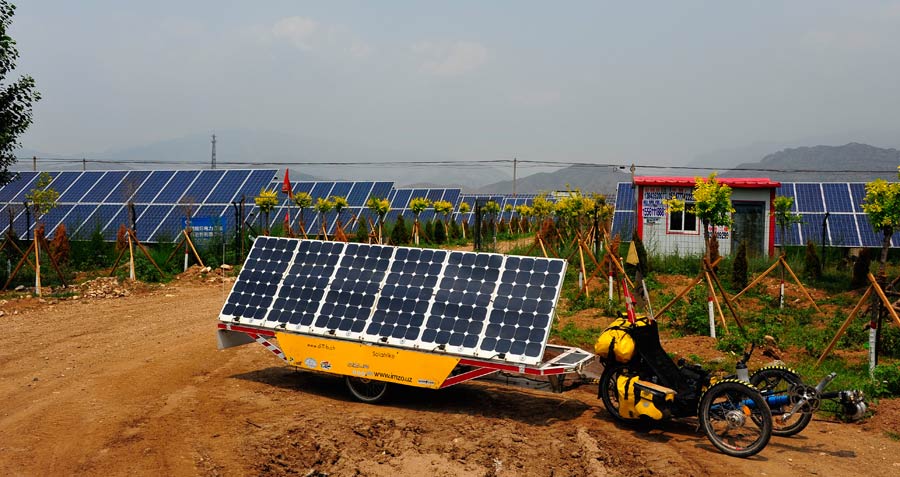 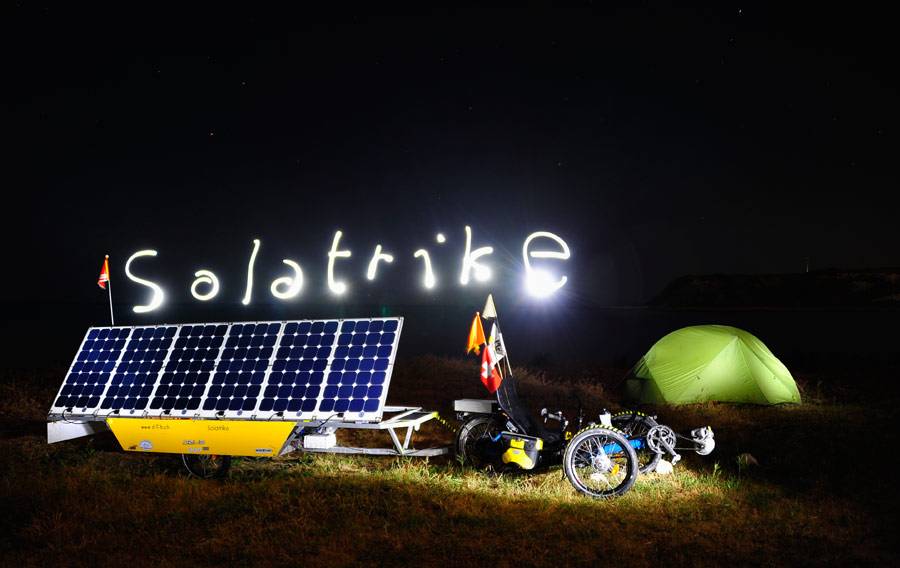 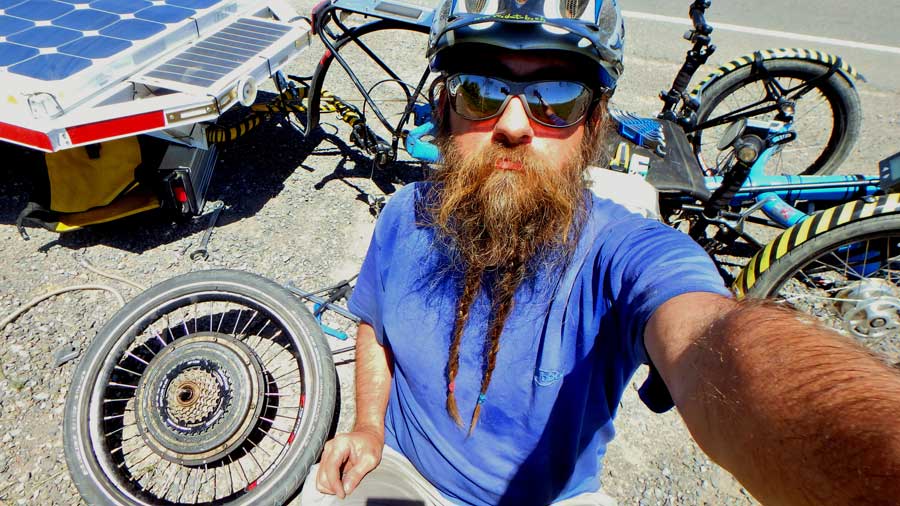