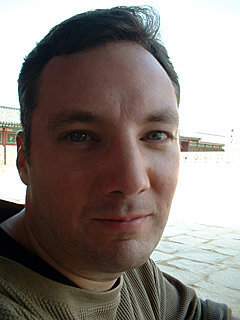 I was saddened to read a couple days ago that Joseph Steinberg had died.  Joseph was a prolific writer and had been a frequent contributor to Pusanweb/Koreabridge in our early days. You can read a fuller self-description below, but I think the tagline for his blog captures what Joseph was about - "Skepticism with a Heart'.  His writing sometimes had an acerbic edge, but it was always well researched, attempted to be fair, and came from a place of caring about something.   One of the sites he turned me onto (and the link in his final tweet) was Bloggerheads.tv  Like Joseph, the site is devoted to intelligent conversation and tried to provide a space "where thoughtful disagreement is expressed in civil terms".

.  In our personal exchanges, he was always very courteous and appreciative. There was a warmth that wasn't always evident in his public writings.  The other thing that struck me was the ongoing cycle of gearing up for a new writing project, pouring his heart into the new project, being disappointed with the lack of response, and eventually letting me know that he was removing the entire site and asking me to delete all links to it. I  always encouraged him to take a break, but keep the site online as there has always been a lot of interesting, substantive content produced.

This exchange from 2001 is pretty typical.

Joseph had been publishing a column on Pusanweb called InfidelWorld. You can still see the intro linked to on this archive.org capture.  After a few months, he asked me to "scrub all of his columns" because the "lack of responses, excluding the verbal abuse, was very disheartening."  He also mentioned, "with the help of a new companion, I hope to hone my opinions and come back twice as hard in the future"  (that new companion was his soon-to-be  wife JungHee and many more projects were to come)

I'm saddened to hear that your time with Pweb has left such a bad taste in your mouth.  I certainly understand the disheartening feeling of receiving little other than negativity for well intentioned efforts. In many ways, you put yourself out there more than I ever have and as such the jabs probably dig deeper.  Please know that all of your efforts have been very much appreciated.  I have deleted the polls link and (quite reluctantly) Infidel World, which I thought included some very insightful commentary. Will be standing by to link to future projects.

Fortunately, he eventually brought  InfidelWorld back in the form of his most recent blog.
From my email browsing yesterday, here's a list of projects that Joseph poured his soul into and eventually  deleted.

Below are links to assorted parts of  Joseph's online legacy.  If anyone has additional links or remembrances they'd like to add, please comment below or let me know.
Joseph's wife will be returning to Busan soon and would love to meet with anyone who would like to share their memories of him with her.  You can contact her here.

Joseph, you may have deleted a lot of posts over the years, but our memories of you and the valuable role that you played in the community here (online and off) will not be forgotten.

Shortly after being discharged from military intelligence, he made his first contribution (as the Phantom) to Pusanweb  on our  Graffiti Wall (predecessor to our notorious discussion forums circa 2000~2007)
http://pusanweb.com/guestbook/graffiti.html

Pieces from 1999~2003 can be found in the messy archives of the old Koreabridge Writing Center at:
Fiction      Non-Fiction     Poetry    Travel 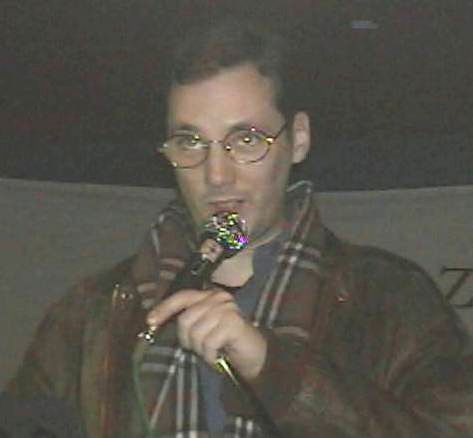 He also read at PoetryPlus+ in its early days.
(you can see his photo at PP#3 - haven't found any other recordings of him)
http://pusanweb.com/poetryplus/

Photos from a 2001 Photo Contest: http://pusanweb.com/photos/exhibition/2001/page5.html

Joseph in his own words (from his blog 'About' page).
“Hume’s Bastard” (or HB) is Joseph J. Steinberg at his worst. I am the unintended consequence of 16+ years of Maryland public school and college education (UMBC Philosophy/International Relations), a Lutheran education, a gig with the Baltimore City Jail, a tour of Europe (The Netherlands, Germany, Austria, Hungary, Italy, and Greece), 4 years with US Army Military Intelligence (2 years at Camp Humphreys with the 751st MI Battalion, 1997-99), a Master’s of Science in International Relations, and over 13 years of teaching ESL in Busan, South Korea. Then, there’s my wife, Kim Jung-hee.

I try not to be partisan or sensationalistic on InfidelWorld, but I do consider myself a progressive. This blog works like a fox, in Isaiah Berlin’s terms, not a hedgehog. It’s not an “expert” blog, in other words. It’s my personal blog where I like to argue about science, war, and politics. I am a registered Democrat, but I voted for President Barack H. Obama in 2008 and the Greens in 2012. I habitually search for a contrasting ideological argument when I find an interesting story. Rarely do I post with just one link. William James’ quip, “A great many people think they are thinking when they are merely rearranging their prejudices.” guides this blog’s execution. This isn’t an insult. There’s a fine distinction between believing one’s thoughts are real, or that the world is real. I’m skeptical of both views, and I will wait for evidence of either. I hate religious practitioners, but if an believer could give me a reasonable guess about the world and submit to logic and experience without resorting to the lazy crutch of faith, I would listen. Until then, I study war in international relations. Both the realist and liberal paradigms are live options here, and I particularly favor the complex interdependence school.

I started writing stories and editorials for PusanWeb in 2000-2001 (search in the “Old Archives” in the Fiction and Non-Fiction sections), and then started to blog. At first I edited a website written from HTML code, InfidelWorld, and later moved to Blogger. At that time, I was working through some religious issues, and also, as an expatriate, I very much felt isolated, but with many contrary opinions. Over the years I have started many projects, including a novel, with numerous names.

I’ve dropped the moniker, “Infidel”. Years of reflection have resolved certain issues, and I no longer consider myself in the pejorative sense of an unfaithful former member of a religion. I no longer consider myself a Christian, except in the sociological and philosophical sense that Christian concepts guide many of my political opinions and behavior. My earliest “infidelity” was skepticism, followed by a serendipitous reading of Lucretius’ The Nature of Things. It is hard to express now how liberated I felt when I read that long, didactic poem. I’ve also met innumerable hypocrites claiming to be Christian, many within my own family. It is difficult not to associate the practice of religion with the failings of its practitioners, and conclude that the effort is not warranted. My father is Lutheran, my mother is Methodist, my step-father is Jewish, and my wife is a (non-practicing) Buddhist. My present moniker, “Hume’s Bastard”, reflects my enthusiasm for David Hume’s Dialogues Concerning Natural Religion, and, like Philo, adopting a skeptical attitude toward religion, politics, and science. I’ve also admired the American pragmatists, notably Charles Sanders Peirce. Finally, there’s J.W. von Goethe, somewhere between the first and second parts of Faust.

Sorry for your loss