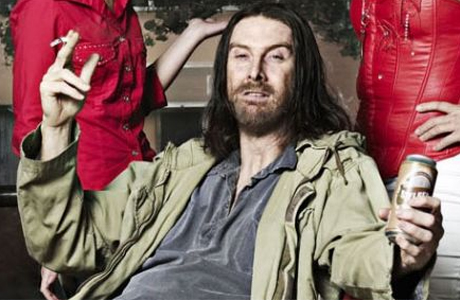 It turns out something other than a black hung over smudge was lurking behind New Year’s Eve after all, with a new American President, worldwide recession, and series 5 of Shameless all pitching up to make 2008 as hopelessly defiled as every other year since 1982.

It’s not that I didn’t enjoy lolling about on the sofa in between bouts of galloping consumption (quite the opposite,) but the realisation that the New Year (difficult depressing and skint as it is) is like hitting the reset button on a stopwatch feels strangely liberating. Theres nothing quite like staring down the barrel of a brand spanking new 12 months in which to gush, bitch and abuse alliteration and brackets to the fullest before ending it all once again in a blazing fit of excess to lift the spirits. Frankly I find something comforting about the whole cyclical thing, and this no less applies to my visual entertainment.

But before I get ahead of myself dreaming of the new programmes, media events and rolling news coverage that will no doubt chop up and store 2008 in the memory banks until I’m at least 45, a respectful look back at the moments that defined Christmas in TV land is long overdue.

As promised, Eastenders cranked up the misery expertly as the Brannan dirty laundry tumbled out of the wash basket (and in the case of Tanya, straight down the stairs) in an explosive Christmas Day double header. Despite the fact that Good King Wenceles wasn’t played, it didn’t snow, and the pub was only half full, (proving I’m only right 99.9% of the time) it proved to be a tumultuous week in the square indeed. This was especially so as much of the action was played out in front of a huge photograph of Bradders and Stacey smiling with Max on their wedding day, and as if that wasn’t tragic enough, super straight “shop-your-own-son” shooter Kevin Wicks kicked it while driving a dodgy motor! If you ask me the Set and Irony departments of Eastenders deserve a raise (if they aren’t among the 6000 BBC employees getting fired this year that is.)

Also on the BBC Ricky Gervais broke his fall from glory slightly with the last ever episode of Extras offering a poignant end to this original if somewhat patchy series. A litany of cameos was laid on for the occasion, with only George Michael really getting into the self effacing spirit of the show as he cruised Hempstead Heath for chance encounters. Throughout both series Extras has shined when it has demanded self-parodying performances from its cameos, Daniel Radcliffe’s spoilt child and Orlando Bloom’s narcissist provided some truly hilarious viewing and gave me a new respect for both stars. However, when it demands little from its guests other that the same clipped and massaged media image we’re used to, such as the beatification of David Bowie in series two and Gordon Ramsay’s “tough guy” in the most recent episode, the show suffers, and Gervais appears like little more than the grubby little name droppers he plays so well. Despite this disappointment however, Extras ability to get under the skin of celebrity and fame while knocking out the jokes will make it a memorable feather in Gervaises bow.

As previously indicated much of my Christmas period was spent in the company of Arrested Development, a sort of serialised Royal Tenebaums with a lighter comedic touch and minus the sap. I only managed to blast my way through about two thirds of the 22 episode behemoth first series so I can’t say definitively, but this US effort was compulsive enough viewing to have me returning time and again. Following Michael Bluth as he tries to steer his wayward and numerous extended family through a tough patch after the incarceration of its criminal patriarch, Arrested Development is definitely character driven television. While the storylines can often be wafer thin and the voiceover grating, the well developed and original characterisation more than compensates. There is another two series of this, and while I’m not going to rush out and buy the box sets I’ll be on the look out for this one lurking around digital in the coming months and I recommend you do the same.

Finally, Shameless made it to the fourth series with a double helping via the old C4/E4 first look chestnut. I’ll reserve judgement for now, but the date for it’s return was certainly well placed, as watching Frank stumble around like a hobo made me feel (slightly) better about the previous night’s reverie.