Skip to main content
Now that OBL is dead, whether you care about all the details or not, it might be a good time to think back on the past ten years and how this whole "terrorist" thing has affected your life. I think for most of us it affected the world we live in, but for other people it likely affected everything immediately in front of them.

That is why I recommend you watch the movie, "My Name is Kahn." Because, you get to see a great piece of cinematography that weaves a story about a certain family affected by 9/11, but also sends out a great message of peace. 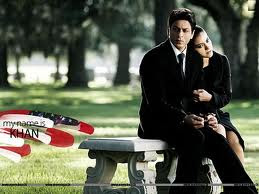 source
A New York Times article summed up quite eloquently what I feel the film was really about:


“Khan” is one of a handful of Hindi films (“New York,” “Kurbaan”) about Indians living in a paranoid, post-9/11 America, and there’s something fascinating about looking at this country through a Bollywood lens, even when the story is a kind of fairy tale.

If you don't care for the political aspects than go for the cultural. I for one also just simply enjoyed seeing San Francisco amidst a beautiful landscape of fog.


In the end, it is a good movie to help you digest our troubling times and think about how you can make a difference in it.