Skip to main content
Hey everyone!
It's time to talk about one of my favorite things ever.... Mexican Food!, funny how I used to write about Korean Food in Mexico and now I'm doing the opposite.
3 months ago I left Mexico, I've never been away from my home-country for so long, surprisingly, what I miss the most is the Food, you can say I'm food-homesick?, almost 2 years ago I posted "My 12 reasons to visit Korea" and 1 of them was eating Mexican food in Korea, so, of course when we decided to spend some..."more" time in Korea I knew we would be definitely doing it.
The only place I've read before was Vatos Urban Tacos, mostly on twitter, they are pretty popular in Seoul, specially for their "Kimchi Carnitas fries", then I read about Cirilos on Jay Park's twitter account (This seems to be his favorite place to have Mexican food) and last but not least, I found an article about the Top 12 restaurants in Seoul and "Don Charly" had made it to the list, I saw this place on our 1st day in Seoul but didn't know it was THAT good, so, here's a little review of this 3 places.
Of course you will find many MANY more "mexican" restaurants in Seoul, Specially in Gangnam and Itaewon, some of them even claim to be "Better than authentic" but come on!, the place name is "Julio" and they listen to Argentinian music... that's just not better than authentic lol.
Just for future reference, I'll give Chilis to rate the place, 5 being the highest and 2 lowest (because no one deserves just 1 lol)
Ok, so, I'll start with the order I tried them
1.- Cirilo Taco 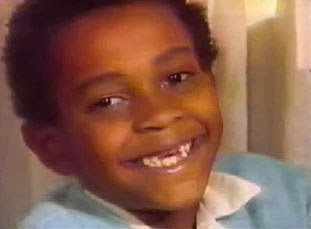 If you are Mexican and you hear Cirilo, that kid on your right is the 1st thing you think of, so when I found Cirilo Taco's twitter account and they had a picture related to that kid I knew it had to be somehow authentic, you'll see, that kid's name is Cirilo, Cirilo was one of the kids in a Mexican soap opera in 1989!!! (Gosh I'm old), so, after seeing that, my sister and I decided to pay a visit to Cirilo.
When we 1st arrived we had no idea what to order, since you have to order and pay 1st, we felt kind of pressured to do so, I chose Asada Tacos (Get it together people, it's called Tacos de Asada....pft), anyway, my sister fetl VERY pressured and ended up ordering an Asada Burrito (An we always complain on how people think Burritos are Mexican....oh well...), in addition to that we ordered 1 guacamole, 1 order of Al pastor fries and 2 Coronaritas aka a Giant Margarita with a Corona stucked inside O_o, it was quite pricey as we ended up paying close to 90,000 Won (around $80USD), so, yea, I would NEVER pay so much for Mexican food, let alone, for such a small meal for 2.
The Tacos were good and made with a corn tortilla, I would only recomend them to make the tortilla a bit more thin and tiny bit bigger (please?), aside from that, the tacos were really good!
The Guacamole, ugh, dissapointing, it needed more chilli, lemon, salt and it wouldn't hurt if you hrow a couple of "totopos" aka Tortilla chips in there, I mean, 4,000 won for a small bowl of guacamole and you can't add 4 totopos?
The Al pastor Fries... O M G!, 1st, this is not a Mexican dish, no señor, BUT, here comes the but, places like this usually sell "Chilli Fries" also not a Mexican dish, Cirilo also has Chilli fries but people who knows about food will order the "Al Pastor Fries", al pastor is pork marinated over one or two days in a combination of dried chiles and achiote and results in a red looking meat, well, this was my favorite dish, I would go back anyday just to have Al Pastor fries!
I won't bother with the burrito, because it was just a burrito, so, the Drinks, they were BIG (too big señor!) with lots of alcohol and a Corona...expensive: YES, good: YES, but I wouldn't order it again lol, I'm just not into margaritas haha.
and last but not least... Dessert!! - Churros with a Chocolate/peanut sauce... O M G (yes again!), those were some good churros, we ended up ordering more, the only problem is, they were too greasy, maybe the oil they fried them wasn't hot enough, but that's easily fixed ;), so, Fries and Churros were OUR favorite, they are Mexican approved.
The interior of the restaurant looks good, simple enough, not filled with Cactus and sombreros to make it look more Mexican, it looks Mexican enough, and, they were playing Ranchera music (Musica Ranchera pues!) hahaha, oh!,and they are located in Itaewon!

Food: ffff Good food, but there's room for improvement
Service: ffff I don't see the point of having 1 or 2 waiters if you still have to go and order at the register.... if you have them... use them!
Price range: ff EXPENSIVE! I think this was the most expensive out of the 3 we visited.
Authenticity:  fff1/2 Despite not being VERY authentic, I still think the food was very good, plus, they earned points with those fries!.
Facebook: https://www.facebook.com/cirilotaco
Twitter: https://twitter.com/cirilotaco
1.- Don Charly
CNN told me this was the place to go for AUTHENTIC Mexican food, at 1st I had my doubts because, well... you just never know :/
"While the quest for Mexican food often stops with Korean-American takes on Mexican food, or pale interpretations of Mexican food, Don Charly is the real thing -- no frills, no kimchi" - CNN
Luckily for us, this place is just a walk away from us, located in Itaewon (close to Haebanchon), the place is SMALL, there are about 8 seats?, but it's totally worth it even if you have to line or order Take out, the owner Carlos aka Charly is the cook, owner and the Willy Wonka of Mexican food in Seoul, when we found this place I wasn't even hungry... until I saw the Menu, the Menu is in Spanish, they were playing Mexican radio (awkward how I was singing "17 años" while listening to "La Sabrosita" lol), they sale Tacos and Tortas, Sodas and Tequila (but of course), we ordered 1 torta and 2 Tacos (because we weren't hungry haha).
We ordered the Choriqueso Tacos, the chorizo is homemade and it comes with a flour tortilla and Real lemon (Ugh!, it's been a battle in Korea with the lemon, turns out the green LEMON we know in Mexico is known as LIME around the world and the LIME is our Lemon,,,,understand? lol), ok, this taos come with real GREEN lemon and sauce is already on the table, if you go there, try the RED one!, that's the good one, I managed to eat my Taco with sauce and lemon spilling and Nothing got on my clothes (this ALWAYS happens to me with Korean food lol).
We also shared a "Llorona" torta, alambre with cheese, avocado and beans, what made this torta so glorious was the BREAD, you don't find this kind of bread in Korea, so, we asked Charly and he said the bread is his own recipe (no wonder it was so good!), Charly is from Mexico City (aka Chilango!), we talked about Mexico, were we used to live and why were we in Korea, it was a nice dinner and it was even nicer to Meet another cool Mexican, I just can't wait to go back to Don Charly!
About food pictures, the place is a bit dark and I got so excited about the food I didn't take any pictures (I'm not even sorry!), but I swear it's REALLY goood!
Food: fffff
Service: fffff It felt food to order in Spanish, Don Charly has a Korean helper, he can speak Korean (duh!), Spanish and English
Price range: ffff Although it's not as expensive as Cirilo, it's not cheap either, specially when you can have a Korean meal for 5,000 won, the Torta was 10,000 (9USD) and the 2 Tacos 7,000won
Authenticity:  ffffff Just because I want charly to be my Compradre lol jk
Facebook: https://www.facebook.com/pages/Don-Charly/166646000142050
1.- Vatos Urban Taco 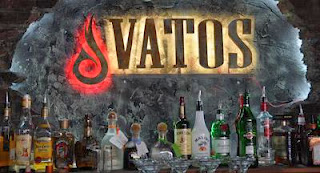 No doubt most people in Seoul has heard about Vatos, whenever I say I'm mexican, people will ask if I have had food at Vatos, and I finally had it, I don't know what's the big deal, this was overpriced, the food didn't have a great taste and it looks like another restaurant taken from LA, I went there with my sister and a friend... I will call her Carmelia because she likes to remain anonimus.
Vatos has 2 branches, 1 in Itaewon (the one we went to), Sinsa and Vatos Express in Gangnam.
According to Vatos' website, all the owners lived in the States, most of them worked or were in contact with Mexican food there, and even though I wasn't expecting real Mexican food but a fusion, I still don't think this is enough, the food was average, portions were petite and the flavor just wasn't there :(
We ordered the "Kimchi Carnitas Fries", yup, a mix of Tex-mex-korean food, the carnitas were bland and the fries average, the Kimchi was there but I thought I would feel more of it taste, I would have a Carnitas + Kimchi taco anytime, the combination sounds good, a spicy kimchi would brigthen up the taste of the carnitas, but this one?, I was eating them, but couldn't really tell the flavours apart :(

We also got Fresh chips and Salsa, the chips were deep fried corn tortillas, or what we call Tostadas, the sauce, I didn't like them very much :( , but maybe that's how sauces taste in sunny Californa.
We got an order of "Galbi short rib" tacos and the "Classic carne asada" tacos (I think lol, can't remembe), this tacos we SOO wrong, the tortilla was like a flour tortilla, they were cold, and just not good, the tortilla was so blend that I felt like I was eating a cold mexican mandu...and that's just wrong.
We also got fun drinks, lol, we all ordered a Macolita (is that the name?), like a Margarita with Makgeolli, it was good, alcoholic, and I would have that again, thank you :)
I understand Vatos is not authentic, they don't claim to be, everyone knows it's an American/Korean take on Mexican food, but those Tacos were awful...
Food: ff Because like I said, no one deserves just 1 chile
Service: fffff Carmelia almost dare us to ask for someone who spoke spanish and so we did, they said there was no one, but later one, this cheerful guy came and started speaking spanish, he was so cool, he made our time in Vatos a bit better :)
Price range: fff Not as expensive as Cirilo (lol), we payed aroung 70,000Won for a meal for 3
Authenticity: --- Sorry!
website: http://vatoskorea.com/
Facebook: https://www.facebook.com/VatosTacos
Twitter: https://twitter.com/VatosKorea
There you have it, 2 of the most popular Mexican restaurants in Seoul, if you know any other that's really good, let me know!, or if you want to invite me lunch or dinner at Don Charly, also, let me know ;)
-Gisela V.

My favorite Mexican resturant in Seoul, so far is TomaTillo's in Itaewon.  They have recently renovated the resturant and it has a much better atmosphere than even my first visit (And I liked it then!).  The steak nacho's are HUGE, they can almost be a dinner in themselves.

This is a resturant I recently stumbled on in Noksopyeong,  Not as good as TomaTillo, but I would like to go back and try some more items on their menu.  They are also conviently located right next to a couple of Churo stands.  Taco ChiliChili