Skip to main content
Hopefully you've recovered from the feast that was Part 1, because I have yet more food to talk to you about. I pretty much always have food to talk about, so it's a wonder I ever write about anything else on this blog. First stop of the day? Dumplings.

I know, eating dumplings for breakfast sounds weird, but in our defense A) we slept in pretty late and B) don't be such a square.


According to a friend of a friend this place is pretty famous, and if a long line is a good judge of quality, then by that alone this place would win awards. It stretched down the street and around a corner, and some people even had snacks to sustain them during the wait.

The setup in this place is perfect. The line moves past the display of freshly made dumplings, so you have a chance to think about your order before you get to the front. As we watched, they were continuously bringing out fresh wares. Apparently this place is famous for the shrimp mandu, but since I can't eat shrimp, we made sure to get a full selection.


If it had been up to me we would have ended up with one of everything, but fortunately Joon could handle the pressure and managed to buy a more reasonable amount.


Pictured here, from left to right: 8-pack of kimchi mandu, 1 fried mandu with noodles inside, 2 spicy kimchi mandu, 2 shrimp mandu, and 1 tortilla wrapped fusion...thing. And dixie cup for scale. We practically had to fight a couple to keep our seats, but we were clearly there first and he was just being a big greedy jerk. 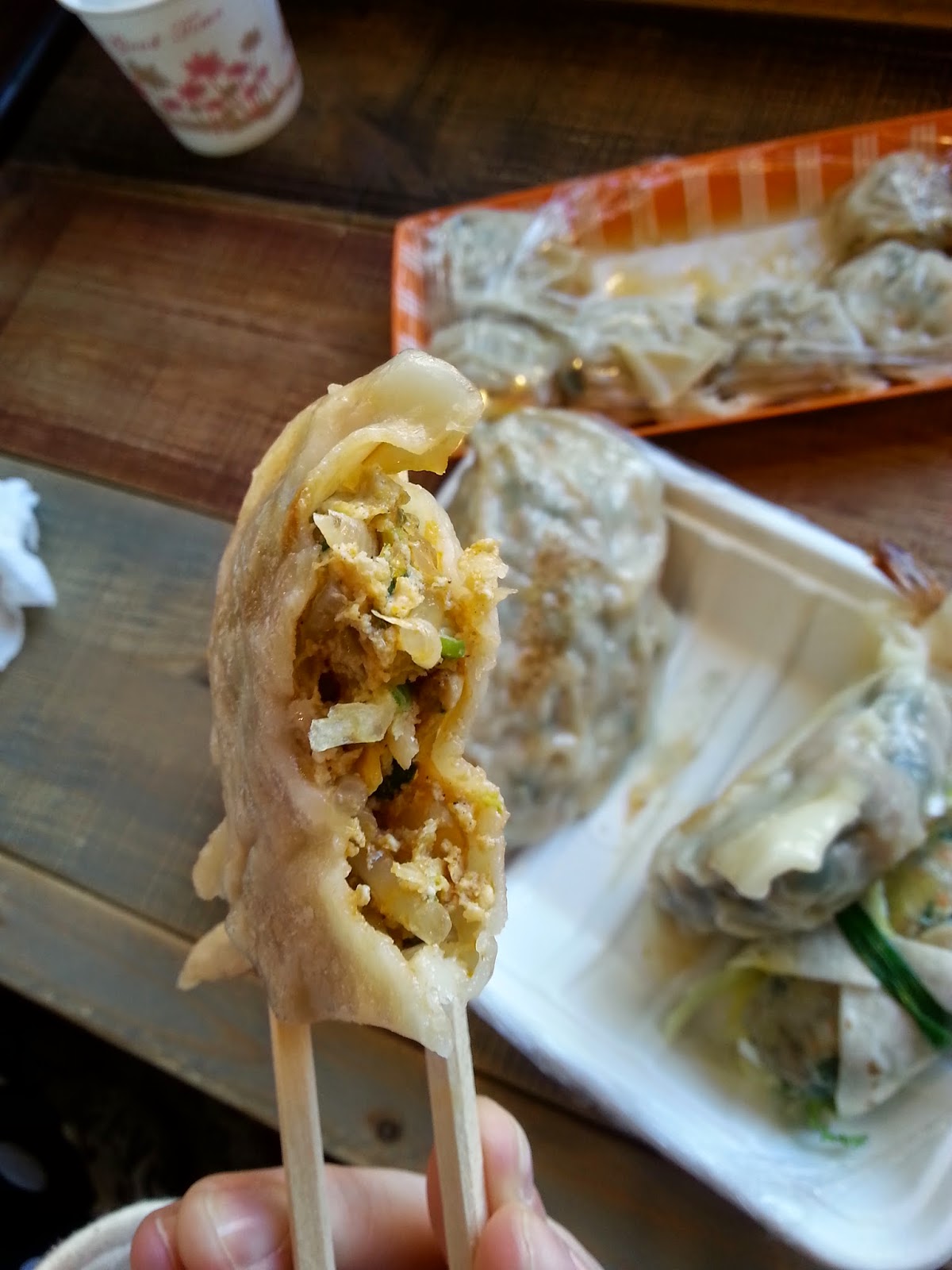 I cannot stress how huge, delicious, and hugely delicious these were. The spicy ones were the perfect amount of spicy, too; just enough to give it a kick without covering up the flavor. If I lived in Jeonju, I'd probably brave the line at least once a week to stuff my face with these pockets of heaven. I'd also become horribly fat, so it's probably better that I stay in Wonju.

Our final stop was Cafe Manil Manil, for the patbingsu that had eluded us the day before. The owner was really nice, and even remembered us! Patbingsu isn't exactly a winter food, but in the warm cafe with the sun shining through the many windows, it was easy to forget the chilly weather.

I was thrilled even before our dessert and coffee arrived, because the music in Manil Manil was basically all the music I listened to with my parents when I was younger. I even heard some Eric Clapton, which I don't think I've heard before in Korea.

The red beans were just right, not too sweet, and the shaved ice was the kind that a bit milky and sweet, so the two complemented each other delightfully. I also had a nice hot coffee to warm me up, which rounded out the meal perfectly. I feel like this place must get crazy in the summer, but whatever the situation, you should definitely go here if you're in Jeonju.

With that, our adventure finally came to an end. Full and happy, we caught a bus to Seoul, then I caught a second bus back to Wonju, the catching of which is a long story unto itself that I may tell later. If anyone wants more specific directions to any of these places, leave a comment and I'll try to draw a map or get an address.