Skip to main content
1. National
1) North Korea conducts third nuclear test
Kim Jong-un celebrated lunar New Year with his first, the third one to include two from his late father, nuclear test on Feb 12, just a day before Obama’s State of the Union address to send a “Leave me alone” message. The blast was estimated to be 7 kilo ton of TNT, about half the magnitude of Hiroshima.  South Korea has beefed up its military alert one level up, deploying long range cruise missiles to target any part of North Korean territory. While the UN Security Council condemned the test, Chinese government has not expressed as much criticism that the U.S. and South Korea were hoping for. It is reported that North Korea has informed China that there will be one or more tests this year. 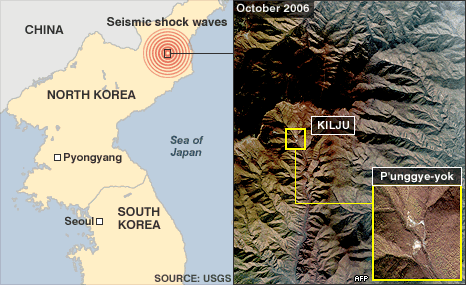 More chance for a man biting a dog than China ditching North Korea, no matter what Kim Jong-un does. If the two Koreas get united with South Korea leading the unification process, Chinese soldiers might have to watch muscular American G.I.s lifting their weights across Yalu River, the border between China and North Korea.
2) South Korea launches its first rocket

South Korea finally succeeded in launching its first own Naro rocket, placing a 100kg research satellite into orbit on Jan 30. Previous attempts in 2009 and 2010 failed, and the third and final attempt had to be postponed twice due to technical glitches. The Naro rocket was built jointly with Russia which supplied the first stage booster, while S.Korea building the second stage of the rocket and payload. The Naro rocket will no longer be used in Korea’s space program, as the government has begun on a project to develop a wholly indigenous, three- stage rocket by 2021.

South Korean are O.K that it took 56 years to put a satellite into the orbit after Russia’s Sputnik in 1957, but are in shame that it was a month after Kim Jong-un’s successful satellite launch in December. Just the same disgrace 207cm(6’11”) Dominique Wilkins in Atlanta Hawks had to suffer when he lost NBA Slam-Dunk contest in 1986 to his 170cm (5’6”) short team mate Spud Webb.
2. Economy
1) South Korea No.1 in cosmetic surgery
British Daily Mail reported that South Koreans have more plastic surgery than any other nation. Citing the figures from the International Society of Aesthetic Plastic Surgeons (ISAPS), South Korea had the highest proportion of its population, one in 77 people, having surgery, often to look more ‘Western’ in 2011. One of the most popular surgical procedures is double eyelid surgery, which reduces excess skin in the upper eyelid to make the eyes appear bigger and make them look more ‘Western’. The U.S. was the fourth nation to put needles and knives under the skin, but Americans were for other than double eye lid surgery.

I was really serious about double eyelid surgery when I was in puberty in the 70’s. All the good looking guys I watch on TV had big eyes, and I got frustrated with my rice eyes. Though the frustration has diminished over time, it has continued until last August when Psy suddenly popped up. My eyes are just a little bigger than Psy’s.
2) Korean companies or a Korean in Super Bowl ads
While few Koreans have watched Super Bowl between the 49ers and Ravens itself, many Koreans had watched some of its commercials on TV news and internet. Koreans were gleeful that the ads from Samsung, Hyundai and Kia were among the $4 million per 30 seconds commercials, but they were more excited to watch PSY singing “Crackin’ Gangnam style” in Pistachios commercials. It was probably the first time for most of the Koreans to hear of Pistachios.  The ads by Samsung and Kia were named by the Huffington Post as two of the nine Super Bowl ads worth seeing. 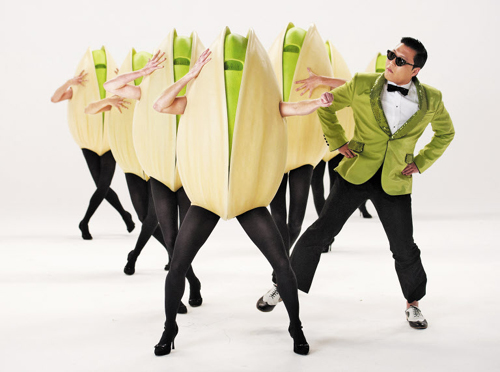 Samsung’s commercial called it San Francisco ‘fifty minus oners’ for 49ers, and Baltimore ‘black birds’ for Ravens, to make fun of Apple’s patent lawsuits against Samsung. It also called it ‘Big Game’ for Super Bowl. Well, there is better word for Super Bowl to avoid lawsuit.  Call it ‘Super Ball’, as this is how 99 percent of Koreans would spell when they are asked to spell, well, Big Game.
2. Auto Industry
1) Hyundai Sonata tops in J.D. Power dependability ranking
Sonata ranked top in its mid-size sedan category in a vehicle dependability study by J.D. Power. Sonata scored 94 points to beat Camry(104), Accord (107) and Altima(110). The study was based on a survey about 202 vehicle problems with parts such as the engine or transmission given to the customers who bought their cars between Sep 2009 and Feb 2010.  It determined each car’s score based on the number of problems per 100 vehicles reported by owners of 3-year-old models, so the lower, the better.  By brand, Kia ranked 13th and Hyundai 14th. Kia jumped three spots from last year, while Hyundai took a dive to14th from fourth.

. The Sonata being marketed currently is the fifth generation. The first generation Sonata debuted in Aug, 1988, and it was the model that was also produced in Hyundai’s Bromont plant in Quebec, Canada. The first overseas plant for Hyundai, the Bromont plant had a grand opening on Jul 4, 1989, but had to be closed in October 1993 due to falling sales. The total Sonata produced in Bromont was 99,995 from my memory with vehicle ID numbers. Don’t call Apple’s lawyers if my number is wrong, but it was definitely just a few short of 100,000 vehicles.
2) Fiat returns
With sharp increase of import cars in recent years, taking nearly 10 percent of domestic market, Fiat had a launching ceremony in Seoul to introduce Cinqueneto and Freemont models in Korea, 16 years after it pulled out of Korea in 1997 during the Asian Crisis. Massimo Roserba, head of Asia-Pacific region, said Fiat can be a good fit for Koreans interested in fuel economy. The Cinquento and Freemont to be supplied from Mexico are to be sold at eight show rooms throughout Korea, with Cinquecento price ranging from 26.9 million won($24,780) to 29 million, nearly 15% lower than its competitor BMW Mini Cooper.

Fiat has a long history with Korea. It had relationship with Kia Motors from 1971 to manufacture Fiat 124, and Fiat 132 until 1981. After Kia stopped the production of Fiat 132, Kumho and Hanbo had imported Fiat models from Italy until 1997 when it pulled out. Fiat probably decided to come back to Korean market buoyed by the success stories of Italian brand Prada and Gucci in Korea. Fiat’s first task for the same level of success is to get my wife’s full support.
Regards,
H.S.