1. National
1) Pro-North Korea followers criticized
President Lee Myung-bak made criticism against those in South Korea who exhibit blind support for Kim Jung-un regime. In his radio address, Lee accused North Korea for denying its responsibilities for the 1983 bombing in Myanmar and the 2010 sinking of a South Korean naval ship, and said he is even more worried about some South Koreans who blindly support the North positions. Lee’s comment came after a month long controversy over Mr.SK Lee and Ms.JY Kim, the hardcore North Korean followers in the Unified Progressive Party who became proportional lawmakers recently through rigged UPP’s internal nomination process. Koreans fear that the sensitive national secrets might be passed on to North Korea through Mr.Lee and Ms.Kim in National Assembly. Confronted with falling party approval rating, the leadership in UPP is demanding the two resign, but they are sitting like 10,000 ton rocks. 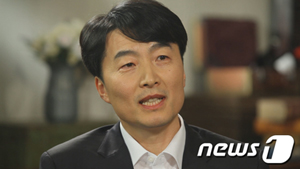 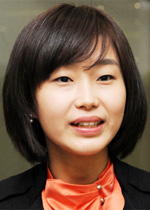 There are five subjects pro North followers are brainwashed to keep mum about; Succession of power from Grandpa Kim to father to grand son, self reliance doctrine, political system, human rights and Dear leader. The North followers are, however, instructed to sing at higher decibel than Luciano Pavarotti for any other issues that can threaten the stability of South Korea.

2) Conscripts during Japanese colony win damages
The Supreme Court ruled in favor of eight Korean men who for 17 years have sought compensation from Japanese companies that used them as forced laborers during its colonial era from 1910 to 1945. The court said Mitsubishi Heavy Industries and Nippon Steel the plaintiffs sued are still responsible for paying them wages and damages. It was a historic verdict as it was the first time Korean conscription victims won a court battle against their Japanese employers. Japanese government made an announcement soon after the ruling that the issue of conscripted laborers had been completely resolved in an agreement between South Korea and Japan in 1965. South Korean government is caught in dilemma as the ruling has no validity as Korea’s constitution states the conscription during the colonial days were illegal. 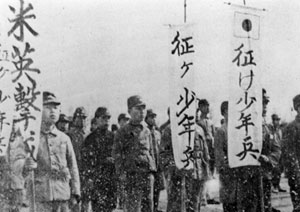 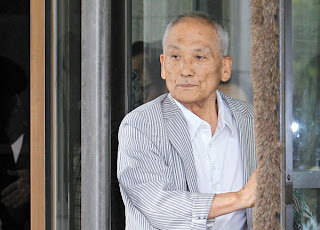 Japanese gave $800 million, a huge sum for Japanese economy at that time, to South Korea in 1965 as a compensation for the suffering of Koreans during the colonial days. This compensation was well spent as most of the money was invested for steel mills like POSCO, automobile plants like Hyundai, electric companies like Samsung and other infrastructures like Seoul-Busan highway. It could have been a disaster if the money were evenly distribute to each of the then 30 million South Koreans. What about compensation negotiation with North Korea? North Korea still got no compensation because of no diplomatic tie with Japan, and that’s one of the key reasons the North fell far behind the South even though it was much more affluent than South Korea until the early 70’s.

2. Economy
1) Electricity price to be hike to dampen its usage
With demand for electricity surging to the temperature rising up, the government is considering the hike of electricity price by 5 percent for both households and industries. The government said it will try to collect 400,000 more kilowatts from private companies’ generators, but it would be too small for the 4.8 million KW more demand expected this summer than last year. Thanks to the lowest electricity price among OECD nations, $0.058/kWh in Korea compared to the most expensive Italy’s $0.258, the average Koreans consume 9,510 KW a year while the OECD average was 8,272 KW in 2010.The government is trying to find ways to curb the reckless consumption of electricity, like air conditioning in the open area. Seoul city is enforcing “short pants, no ties” dress code during the summer. 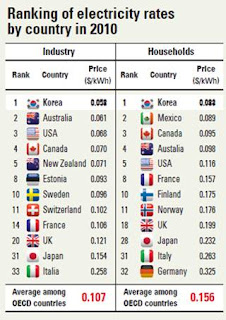 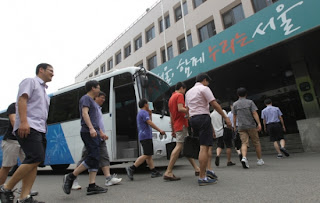 Korea has to import 100% of petroleum to run the power plants, and its price keeps increasing. It is thus natural that the electricity price goes up, but the government is hesitant because of possible complaints from the people who are used to sweet candies for too long. A Korean saying has it that good medicine tastes bitter, and Koreans need to practice the proverb. More so with Greeks these days.

3. Auto Industry
1) Hyundai retorts against media report on zinc plate steel sheet
Hyundai said it is using the zinc plated steel sheets to build the chassis of cars for both domestic and export from 2006. Hyundai’s announcement came after a local newspaper’s critical report that Hyundai used low cost non zinc coated sheets for domestic models, but more expensive zinc plates for exports. Hyundai said, as of 2011, it has extended the use of zinc sheets, which are 15% more expensive than regular sheets, to include all of its vehicles even though local anti-corrosion requirement is not as strict as that of North America where much more corrosive calcium chloride is sprayed on the road due to heavier snowfalls. 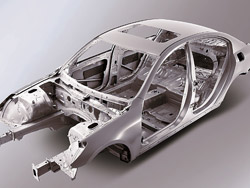 Korean consumers have long suspected that Hyundai’s export models are better than domestic ones. They are not well aware that Hyundai or other car makers build their vehicles to the laws, regulations and the needs of the regions its vehicles are marketed. What’s the use of air conditioner for cars sold in North Pole?

2) Sonata hybrid wins top points in the U.S.
Hyundai announced its Sonata hybrid won the “top satisfaction” award from the U.S. based research company AutoPacific. According to AutoPacific, Sonata hybrid ranked #1 in the hybrid and electric-powered car segment. This car segment was first launched in 2010, with the Mercury Milan hybrid and Lincoln MKZ hybrid as the first winners. The AutoPacific Vehicle Satisfaction Award is an industry benchmark for measuring how owners feel about their vehicles after checking 48 categories covering safety, quality, performance and comfort. 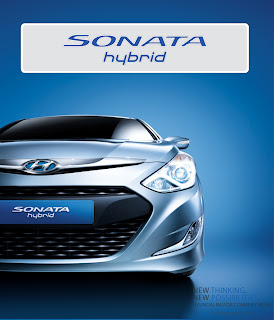 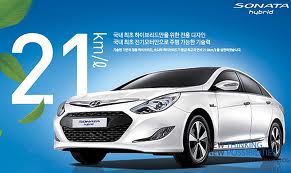 One of the main reasons Hyundai products keep getting recognized by the media is its ever improving quality reputation. We recently had a quality problem that made engines a little bit noisy, and HMC quality engineers landed on Metaldyne Korea at the same speed my wife jumped into a Louis Vuitton store a while ago.