Skip to main content
1. National
1) Korean peninsula turning into an Ice Age
The tension between South Korea and North Korea getting tight as the South Korea-U.S. annual joint exercise called Key Resolve got kicked off on Mar 11.Kim Jon-un keeps pouring out hostile verbal threats against the U.S. and South Korea such as “We will drive the enemy the into a fire pit,” “We can make a pre-emptive nuclear attack against the U.S.” and “the Korean War armistice agreement is no longer valid.” South Korean military issued a strong warning in return, vowing that there will be 10 times of retaliation , and that North Korean military headquarters would be annihilated once South Korea is attacked. While the U.S. is installing 14 additional missile interceptors in Alaska, South Koreans used to crying wolf from the North remain calm as they believe “barking dogs do not bite.”

Kim Jong-un probably learned escalating rhetoric from my wife. If I do not behave the way my wife wants, she first threatens “I will buy a Gucci watch.” If I still do not move, her rhetoric ratchets up to “I am going for my 3rd Prada purse.” If I still won’t budge, she will scream “I will have Lotte Department store make an expedite order for 10 Louise Vuitton handbags!”
2) A basketball star charged over game fixing
Kang Dong-hee was a Korean version of Isiah Thomas of Detroit Pistons in the 90’s, and is now the manager of Dongbu Promy pro basketball team. He was charged last week for his role in fixing games in March 2011 for 50 million won from two brokers. An arrested broker confessed he had received money from other people who purchased Sports Toto (Lotto) tickets and given portions to Kang. There were other game fixing scandals with other sports in the past, but it was the first time an incumbent manager was directly involved. 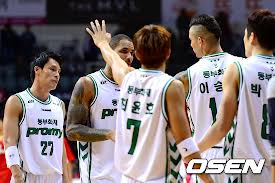 Basketball is the 3rd most popular sports after baseball and soccer, but Korean basketball players are not really impressive. Most the Top 10 scorers in Korean Basketball League are Americans who have no chance of playing in NBA, and Korean national basketball team has failed to go to the Olympics after the 1996 Atlanta Olympics. Korean national basketball team has a chance to go to Rio de Janeiro Olympics in 2016 only if all of the players become transgenders.
2. Economy
1) South Korea ranked 25th in tourism competitiveness
In the 2013 Travel and Tourism Competitiveness Index by the World Economic Forum that ranks 140 nations in 14 categories such as policy regulations, environmental sustainability, safety and natural and cultural resources, Korea ranked 25th this year, up from 32nd in 2011. Korea earned 4.91 points out of 10, ahead of tourist nations such as Italy (4.90), Greece (4.75), Malaysia (4.70) and Turkey (4.44). Switzerland was the top with 5.66, followed by Germany/Austria, and Spain. The U.S. ranked 6th, and Japan move up to 14th from 22nd in 2011. China dropped to 45th from 39th two years ago.

While the land mass of South Korea is very small, the same size as Indiana, it has many resources to attract tourists. Korea has distinctive four seasons, has many mountains that cover 70% of the land, is surrounded by seas with many islands and has historical sites with a legendary founder who was born 4,346 years ago. Tourists can also experience 100 degree hot capitalism while watching a minus 30 degree cold communism just 2km away north of DMZ that use nuke bombs for fireworks show.
3. Auto Industry
1) 8 million Hyundai cars sold in the U.S.
Hyundai reached a new milestone in Feb, selling its 8 millionth vehicle in the U.S. 27 years after it launched Excel in 1986. Hyundai sold its 5 millionth car in 2007, and took just six years to reach 8 million. Eight million accounts for 20% of Hyundai’s total sales overseas, and over 6 million were shipped out of Korea.  The best selling model was Sonata which sold 1.94 million units since its launch in 1989, followed by Elantra which sold 1.91 million. As Hyundai sells nearly 500K cars a year in the U.S., it would be in less than four years to hit another milestone with 10 millionth in the U.S. 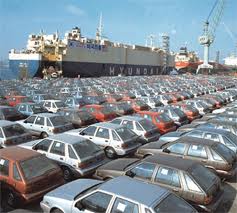 Hyundai Excel was an instant hit, selling over 170K in the first year, but Hyundai had to pay for its poor quality reputation that dragged Hyundai’s sales less than 10K a month level until late 90’s when Hyundai’s sales finally took off with Chairman Chung Mong-ku’s quality first campaign. Hyundai turned into a joke stew for Jay Leno in the 90’s, and Hyundai was ‘Wrong made Honda’, according to Jay Leno.
2) Kia having an issue over a name
Kia’s new concept car Provo introduced at Geneva Motor Show last week is making a brouhaha in Britain and Ireland as it sounds like a celebration of terrorism. Prove is the street name for the dominant branch of the outlawed Irish republican Army which killed some 1,800 people during its 1970-1997 campaign to force Northern Ireland out of the U.K. British lawmakers appealed in the House of Commons to Kia to ditch the name. Kia insisted ‘Provo’ was to mean ‘provocative’ and said it would not use it in the U.K. or Republic of Ireland. Kia is not the first one with name problem. Mazda’s LaPuta launched in 1999 means ‘prostitute’ in Spanish. 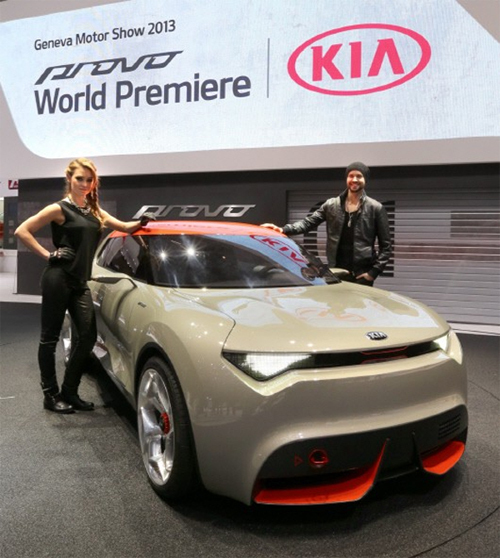 Other Korean companies have the same problems. Korea’s No.3 bank Hanbit changed its name to Woori Bank in 2002, which means ‘Our Bank.’ While many foreigners may have worry to deposit money in Woori Bank, the names still remains Woori.  Another company is SoHeung Forging, which had supplied parts to a Metaldyne plant in Indiana. A sigh of relief that SoHeung’s business was with automotive parts, not with private parts.
Regards,
H.S.