Skip to main content
With 300,000 South Korean and 15,000 American troops in the war game dubbed Key Resolve and Foal Eagle, South Korea and the U.S. kicked of their largest-ever military exercise on Mar 7 to warn North Korean leader Kim Jong-un that any further provocation can lead to the demise of his regime. What's different from previous annual exercises is that this one is offensive, implementing a new military operation plan(Oplan 5015) for the first time which triggers preemptive strike if North Korea shows any sign of possible use of WMD. The joint drill is to last until the end of April. 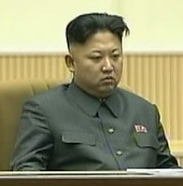 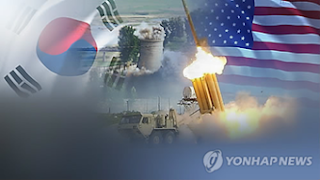 Angered by Kim Jong-un’s H-Bomb test on Jan 6, and long-range missile fire disguised as a satellite launch on Feb 7, President Park Geun-hye has been lashing at Kim Jong-un, even taking this crisis as a good opportunity to “behead” Kim through Operation Gryphon Knife.  She shut down Kaeseong Industrial zone in North Korea where 50,000 North Koreans were working, asked Obama to fly a few F-22 stealth fighters to Korean peninsula, and threatened reluctant Chinese leader Xi Jinping to join U.N. sanctions or face THADD deployment in Korea that can neutralize Chinese ICBM capability against the U.S.  Kim Jong-un was still defiant,however, firing a few short range missiles last week, ordering “nuclear warheads to be ready for firing at any moment” and vowing “U.S. mainland can be devastated by nuke bombs.”   The tension in Korean peninsula keeps heating up at this time. 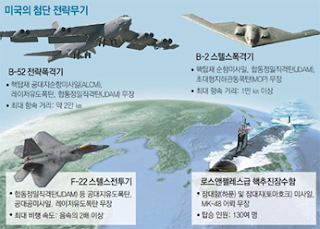 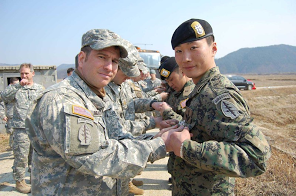 Donald Trump might become the next president of the U.S., and it is a concern to South Koreans because of his earlier interview that says “I order thousands of televisions, they’re all from South Korea. So we have 28,000 people on the border separating South Korea from this maniac in N.Korea. They are making a fortune. We get paid peanuts for deploying the troops to South Korea.”  Well, two things Mr. Trump should know. First, South Korea contributed $867M toward U.S. military costs in 2014, about 40% of the total.That ain't no peanuts.   Second, my two sons were among 600,000 young South Korean soldiers serving two draft years at $100 a month pay from the very government "making a fortune," fighting hard to take out the maniac desperate to fire a nuke bomb into Mr. Trump’s own backyard at any moment.
Regards,
H.S.