Skip to main content
1. National
1) Diplomatic mud throwing continues between Korea and Japan
It started with Korean President Lee Myungbak’s visit to Dokdo island, Takeshima to Japanese, on Aug 10 and Lee’s following comments that Japanese Emperor Akihito should apologize for the colonial rule of Korea if the emperor wants to make visit to Korea. The Japanese government made a threat of canceling currency swap with Korea, and its Prime Minister Noda sent a diplomatic letter to Lee Myungbak, proposing to take the Dokdo issue to the International Court of Justice. Refusing to receive the letter, Lee Myungbak basically replied to Noda “Kiss my butt” by throwing the letter back to Japanese Foreign Ministry. Korean Marine Corps is planning a military exercise around Dokdo early September. North Korea also joined South Korea to condemn the Japanese government. 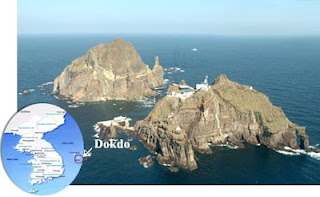 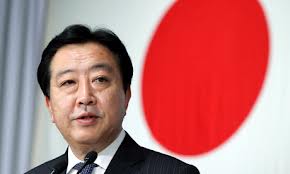 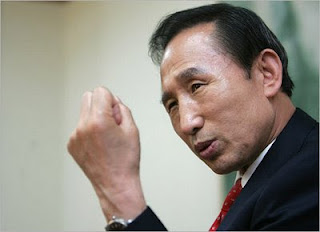 Mr.Noda must be in dilemma. While he is talking about bringing Dokdo issue to ICJ, he has to say what Lee Myungbak is saying to him to Hu Jintao over Senkaku (Diaoyudao by Chinese) islands which China intends to take to ICJ for the same reason Japan has with Dokdo. Noda is much like my wife; Raise hell about my new 35,000won ($33) soccer shoes, but keep mute about her 1 million won Prada handbag.

2) Park GeunHye nominated as presidential candidate for ruling party
Park GeunHye has been nominated as the presidential candidate for the ruling Saenuri Party. This is the first time a major party has put a woman as its candidate. Park, who lost the nomination to Lee Myungbak 5 years ago, might be the 2nd president in her family after his late father Park ChungHee if she wins in December against the candidate from the opposition Democratic United Party or the popular independent Ahn CheolSoo who has not yet declared his bid for presidency. 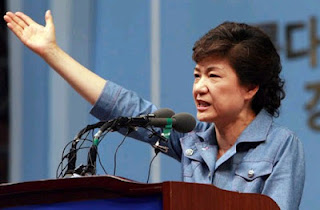 Park had to play the first lady when her mother got shot to death by a North Korean agent in 1974, and became an orphan when her father got assassinated by his own KCIA director in 1979. Park turned into a politician in 1998 after being elected as a lawmaker. Most of her popularity comes from those who still admire her father’s contribution to the nation. Her father transformed Korea economically from handicap 30 HyungSik Yoon to K.J. Choi during his presidency from 1961 to 1979.

2. Economy
1) Samsung lose to Apple in the U.S. patent court
Samsung means Three Stars, and it might be losing one of its stars as California court jury ruled that Samsung infringed on six of seven patents for Apple’s smart phones, awarding Apple $1.05 billion in damages. Adding insult to injury, the jury found no infringement by Apple on any of Samsung’s utility patents. The $1.05 billion is about one-fourteenth of Samsung’s operating profit last year. While Apple CEO Tim Cook praised the ruling as “An important day for Apple,” Samsung argued that the decision will hurt U.S. consumers. Samsung is certain to appeal the ruling. 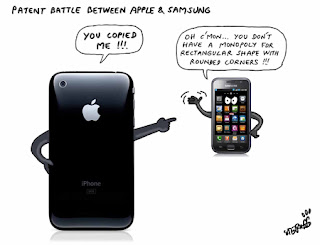 Samsung recently ordered its office employees to begin work at 6:00am in a campaign to make Samsung more competitive. With the California ruling last week, they probably now have to arrive at the office at 3:00am. There will be a lot of stars to pick in the sky around that time. 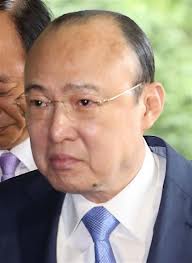 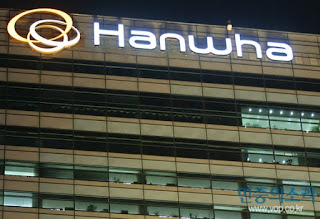 Kim Seung-Youn was once put behind bars in 2007 for hiring gangsters to physically retaliate against a few hoodlums who beat his 2nd son pretty badly in a bar fight. Kim took the kidnapped hoodlums to a mountain in Seoul, and, wearing boxing gloves, personally punched them in the face till they were nearly dead. Not sure about this time with financial crime, but many were sentimentally supportive of Mr.Kim in 2007 for what he did for his son. 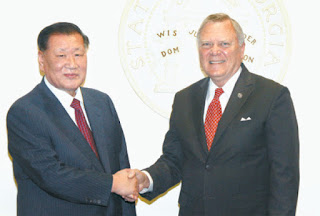 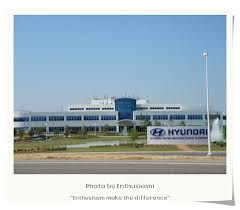 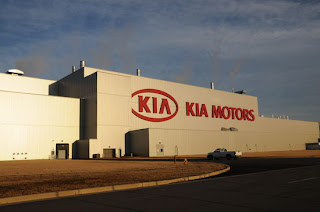 The news of Mr.Chung making another quality comments in the U.S. must have sent shivers to Hyundai suppliers. As the quality has been the locomotive of Hyundai’s growth for the last 12 years, Hyundai’s quality commandos in full combat gears raid on the suppliers that created quality problems. The commandos use all sorts of quality weapons like SPC grenades or 5S rifles to kill the possible suspects. If their ammunition runs out with suspects still hanging around, they turn into kamikazes, making your once peaceful plant a downtown in Baghdad.