PARK Won-soon, the mayor of Seoul and the 2nd most influential person after President Moon Jae-in, took his own life on July 9 after a sexual harassment complaint by his ex-secretary was filed a day earlier. First elected mayor of Korea's capital in 2011 in a by-election, Park was reelected in 2014 and 2016, with two years left in his term. Park was also expected to run for presidency in 2022 for the current ruling Democratic Party of Korea.

An irony is that long time civic activist Park gained his reputation after winning Korea's first sexual harassment case in 1998 as a lawyer for a female assistant professor , which led to Female Rights Activist of the Year award for Park. Another blck eye for the ruling party whose Mayor of Busan, Korea's 2nd largest city, resigned three months ago over sexual offense against his secretary, and whose Governor of Chungnam Province is currently serving in jail on sexual assaults against, again, his secretary. A controversy arose over an extravagant mortuary set up by the City of Seoul for use until the funeral on July 13 . "Why tax payer's money for sex offender? vs. "Why not for Park's 10 year dedication for Seoul ?" 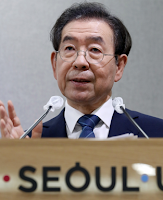 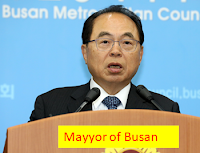 Seoul became the capital of Korea 626 years ago after a military coup in 1388 by General Lee Sung-gye who defied his king's order to attack the emerging Ming dynasty in China. Gen Lee changed the country name from Koryo to Chosun, and moved the capital from Kaesong, just above DMZ where Kim Jong-un recently blew up the N-S Liaison Office, to Seoul in 1394 because Lee valued the advantage of a big river around Seoul. Lee built his palace where it still stands in the center of Seoul. The name Chosun is still alive as North Korea calls its country Democratic Republic of Chosun People. Yep. North Korea is a democratic nation just like a mosquito is a bird. 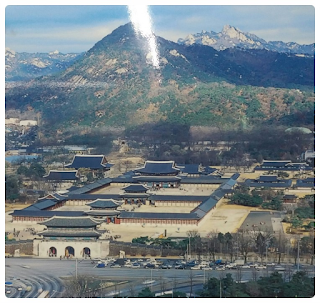 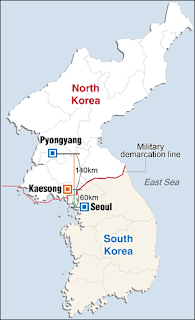