Korea's No.1 chicken franchise Kyochon became a target of public anger after CCTV footage of a senior executive attempting to smash employees was released on Oct 25. In the footage recorded at a Kyochon restaurant in Daegu in Mar, 2015, the executive is seen poised to punch an employee in the face, raising his fist in a threatening gesture, but was stopped by other employee. He was also seen lifting his hands against other employees who were trying to calm him down as he irately threw over food ingredients. 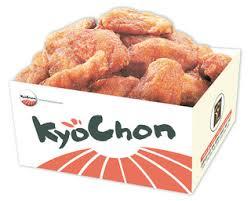 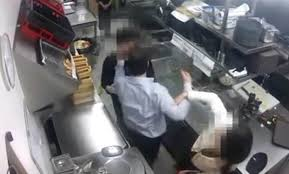 More criticism arose as the executive was a relative of Kyochon's founder & CEO who let go his relative right after the incident, but  reinstated him one year later.  As the public outrage escalates, the CEO fired his relative again a day after video release, not to face the same fate as Korean Air which had been through  6 months  of all sorts of gruelling prosecutor investigations when it was reported the chairman's daughter threw water to her staffs and suppliers in a meeting in March this year. 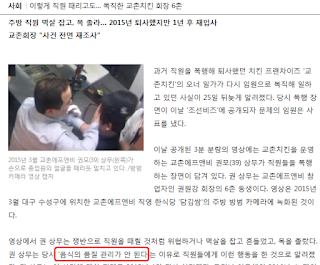 I was also angry at Kyochon, but read the news article closely to learn why the executive lost his temper. As shown in red below, he was upset because the "employees were not paying attention to food quality." I suspect the release of the video was for either Kyochon's deliberate ploy to promote its quality reputation or the executive's secret resume to Colonel Sanders for KFC's head of quality position.