Skip to main content
Job fairs in America are an interesting mix; some are perfect for the consummate professional in a thousand-dollar suit, while others have the casualness of a college event. With sponsors including a major recruiter in Korea and the Seoul city government, I was curious to see how Korea does searching for jobs. Entering requires filling out a short registration form - I was rather proud that I understood enough Korean to fill it out unassisted.
Once entering SETEC - the Seoul Trade Exhibition Center - choose from one of the three large exhibition halls. 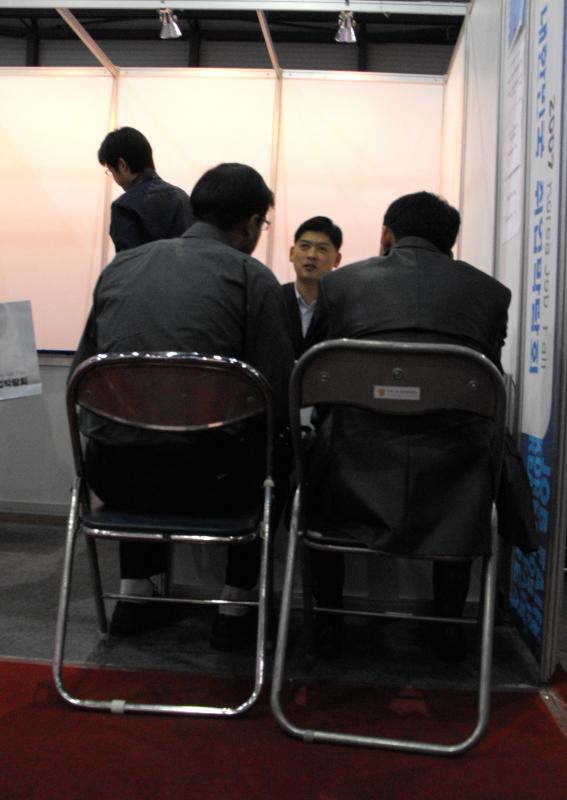 Time for interviews! The standard interview bench had a couple chairs on either side of the table for chit-chatting, handing over resumes, and the like. Unlike an American job fair where the recruiter might simply collect your resume and move on, most interviewers seemed to take a one-on-one approach. 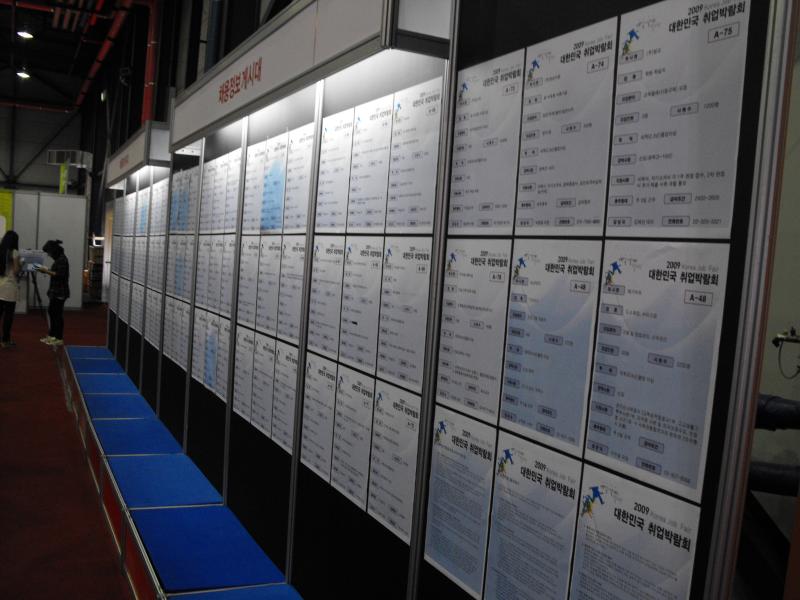 Several dozen specific positions - supposedly organized based on where the company's booth was. 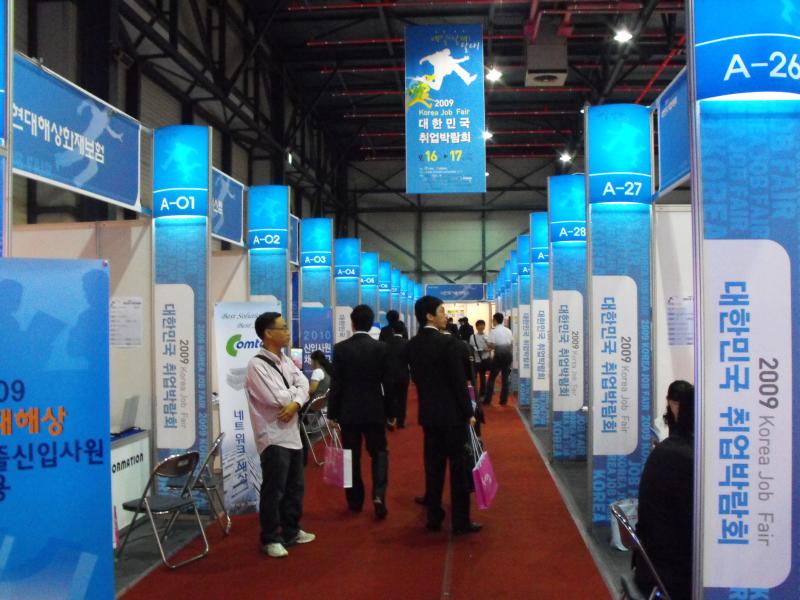 As you might expect, the place is relatively well-organized - with a fairly young crowd. Since I went during the afternoon, most of the people I saw appeared university-age or in their twenties. Considering this recent story from the Joongang Daily, recent college graduates need all the help they can get. 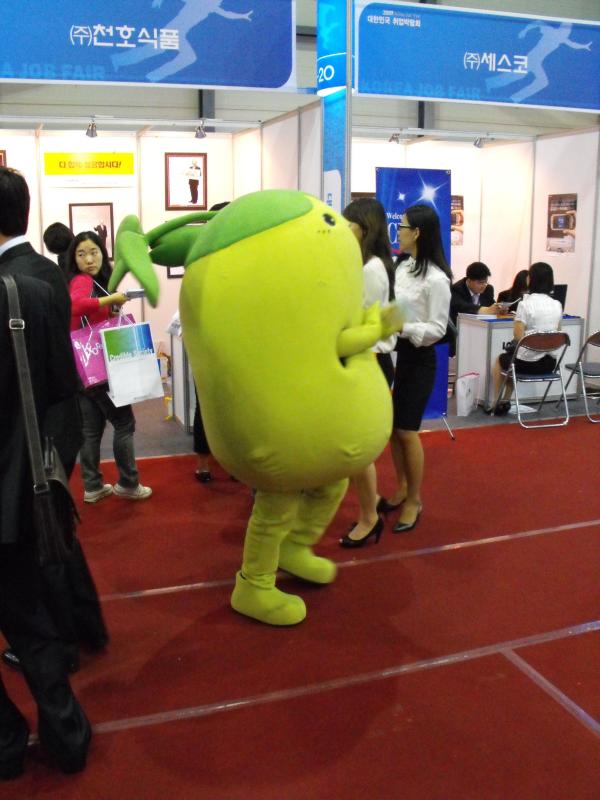 It goes without saying that any event has to feature a cuddly creature out to hug or pose for pictures. I've seen this particular character in some TV ads before, though I can't place the specific company / brand... 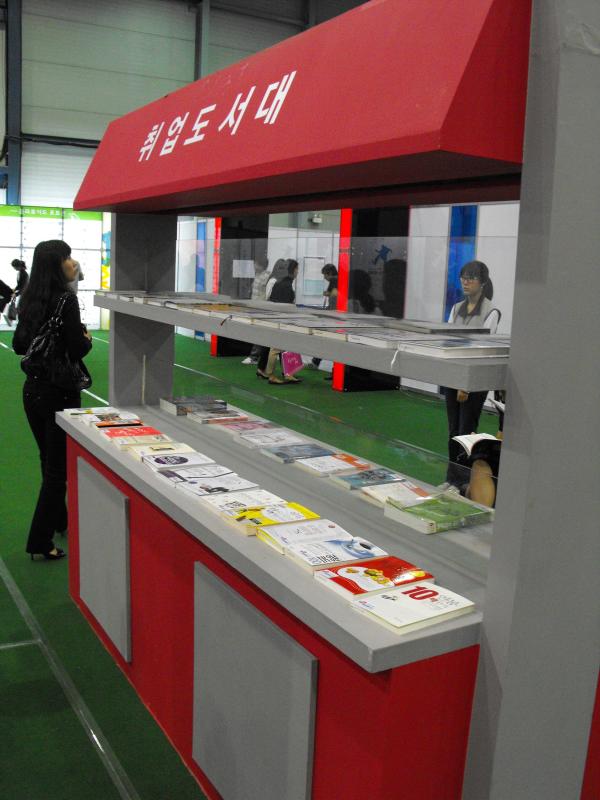 A library of books to read while at the fair- all in Korean, of course; I was the only foreigner around. 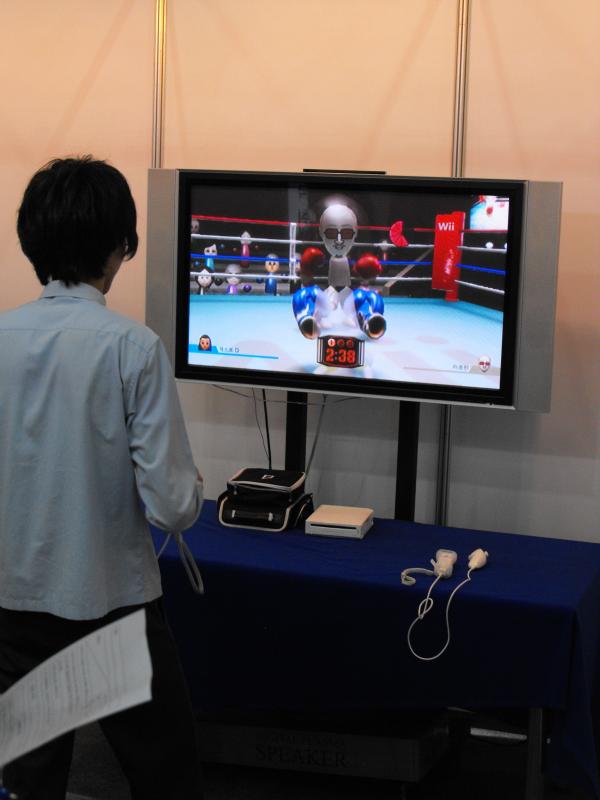 Making way into the back corner, we find the 'relaxation corner' - Wii Sports! 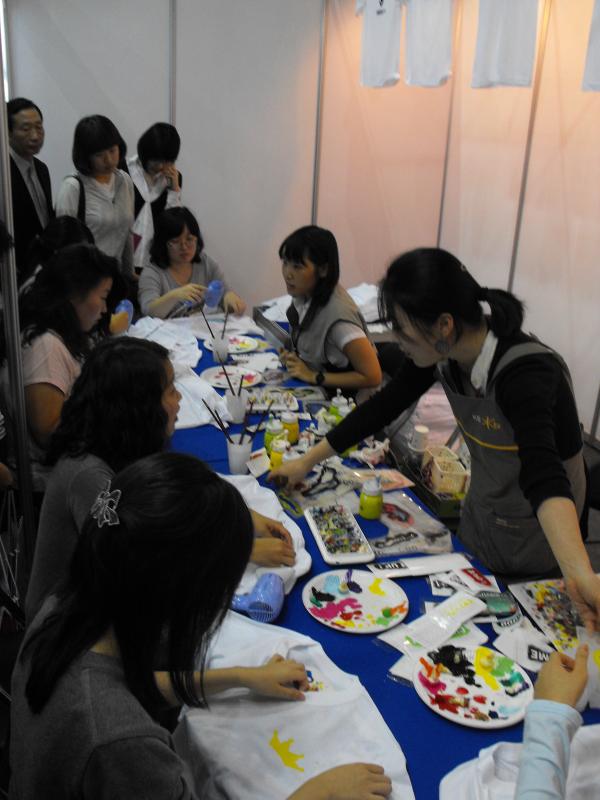 Making t-shirts, anyone? Hand painted t-shirts definitely seemed to relax most of the crowd - again, primarily younger people. Most of the more serious job seekers weren't seen back in this direction. 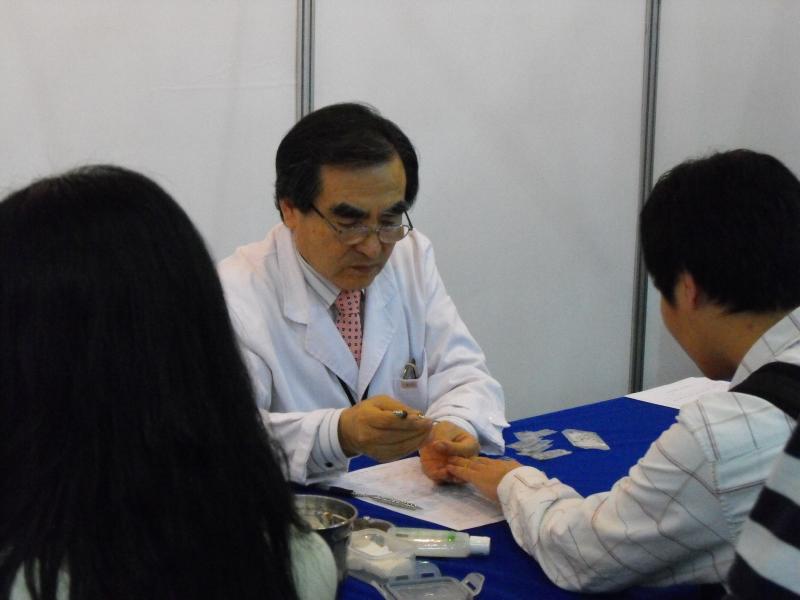 Acupuncture? On your fingers? Not sure how that relaxes people, but ok... 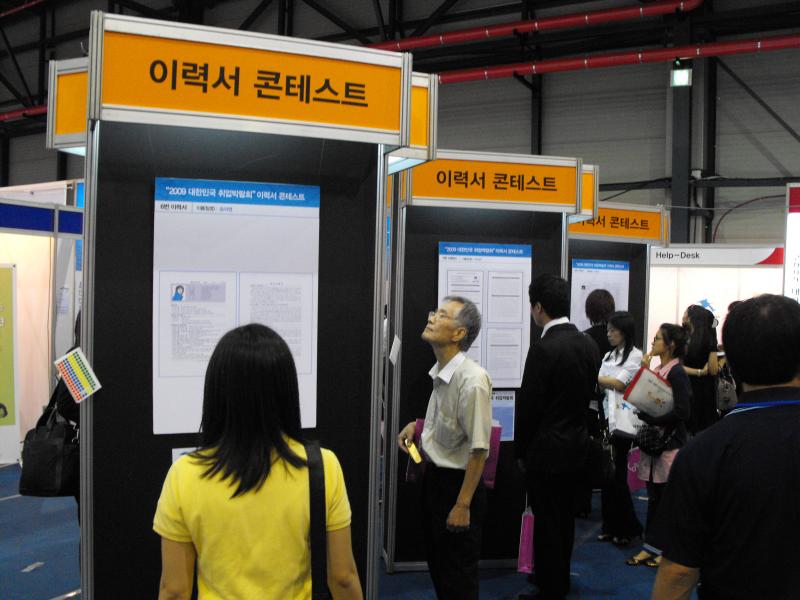 A resume / CV contest. Not sure whether the point was the content or the style; either way, put a sticker on the sheet below your resume / CV of choice. The most popular one was an eight page booklet that read more like a Powerpoint slide show than the resume you might ordinarily see in a stack. 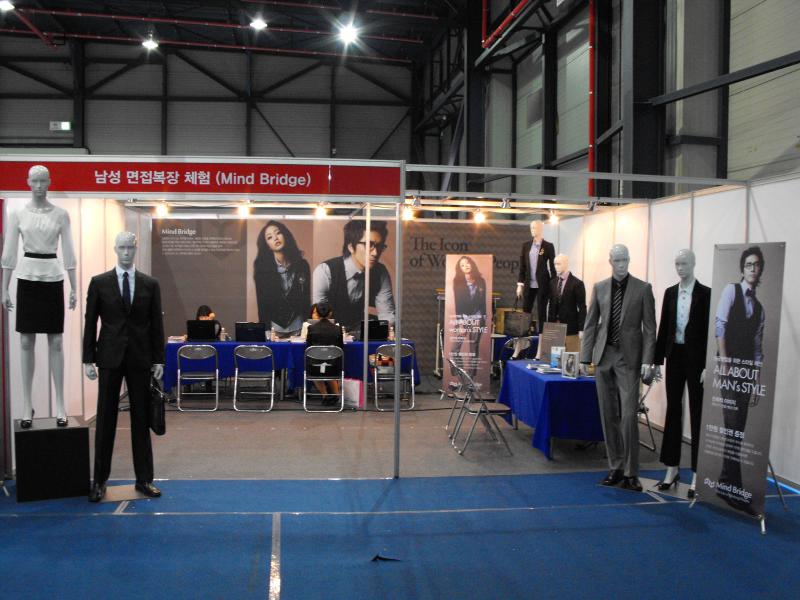 At least one company seemed to consider this event a chance to show off some fashion / style.
As a whole, the event seemed productive, drawing a number of professionals and future professionals. How many jobs were offered or available is anyone's guess, however - here's hoping the graduating university students find jobs worth working at.