Want to study Korean and listen to a catchy Kpop tune at the same time?

Well, today is your lucky day! We’re back with another instalment of “learn Korean with Kpop” and today we’re going to break down the top 19 lyrics from Psy’s new song, “Daddy.” 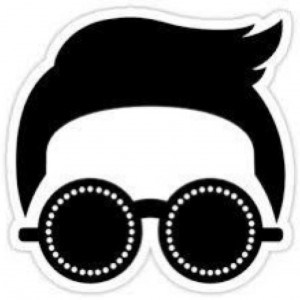 ber 30, the Korean pop sensation Psy released his new hit single on YouTube and already it’s racking up the views! Still a ways off from the records “Gangnam Style” set, but it’s still early!

Featuring tons of funny new dance movies and awesome lyrics to learn from, Psy’s “Daddy” has lots of promise. With Psy’s face superimposed onto a child’s body to an elderly Psy with a combover riding a scooter, this video will give you plenty to laugh at. 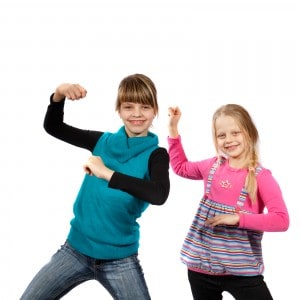 Also, using the lyrics from catchy Kpop songs like this is a great way to learn Korean, since it makes the phrases so much easier to memorize and takes the boredom out of your studies. All you need to do it learn it once, and let the catchy beat take effect! You’ll automatically repeat the lyrics in your head over the coming days and they will begin to sink in permanently.

Just beware of the fact that Kpop lyrics use a lot of slang and informal Korean. Use them to learn phrases and vocabulary, but you don’t necessarily want to talk to same way to all of the Koreans you meet! Not to worry, learn to express yourself with the correct formality levels, and you’ll be in the clear.

In this post, we’ll go over some of the lyrics from the song and briefly break them down to make them easier to understand. If they still don’t make sense to you, that’s totally fine! It may just mean you need to study more. You can memorize for now and as you learn the grammar points, it will all make sense. If you wish to join our step-by-step course and learn to speak Korean in 90 days, check out our full Korean course.

Let’s get right into it!

Many K-pop songs use contractions so that the lyrics fit into the song. For example 나는 becomes 난 and 너를 becomes 널. This is important to look out for as these contractions might not come up straight away in a dictionary.

When you attach -자마자 to the end of a verb root, it changes the meaning to “as soon as.” Therefore, 보자마자 means “as soon as I see you.”

어머나 is in an interjection that means “Oh my” or “Oh!”

땡잡다 is a verb that means “to get really lucky.”

The word 이미 means “already” in Korean, and if you sound out the word 게임 you may be able to get its meaning: “game”! 쏟

끝나다 is a verb that means “to finish or end” and if we change it to past tense, it’s 끝났어.

Right after signing the lyric in English “my name is P-S-Y,” Psy sings this in Korean. He is merely saying his Korean name, which if you didn’t already know, is 박제상!

한국말 means “Korean” (language) and when you attach the particle -로, you are saying “by way of Korean” or “in Korean.”

Here, Psy is telling the girl he wants to dive in and swim in her eyes! Let’s break it down.

너 means “you” and we we attach the possessive -의 it changes to “your.”

아련한 is a descriptive adjective that means “dim or faint” and he uses this to describe her pupils (눈동자). Attaching the marker -에 adds the meaning of “in” –> “in your dim pupils.”

빠지다 is a verb that has multiple meanings, but in this case it means “to plunge into something.”

헤엄치다 is a verb that means “to swim or have a swim.”

As you may know, you refer to Koreans differently depending on your respective ages. Since he is older than the girl, he calls himself 오빠, an older brother (to a female). Therefore, he is referring to himself!

달리다 is a verb that means “to run.”

붙잡다 is also a verb and means “to take or grab hold of.”

꽉 is an adverb and means “firmly or tightly.”

언니 means “older sister” (from a younger female) so it’s funny that he uses it here to call the girl “sister” since he is a guy!

나 means “I” and 는 is the topic marker of the sentence.

아름답다 is a descriptive word that means “beautiful” and if we conjugate it to use as a “front adjective”, it becomes 아름다운. He uses it to describe the girl (아가씨). Again, when we attach -의 it changes to the possessive form.

동반자 is a noun that means “companion or partner.”

지금 means “now” and when we attach -부터, it changes to “from now on.”

When we affix -끼리 onto the end of a noun, it means “privately or among ourselves.” He attaches it to 선수, which means “athlete or player” but in this case he is using the slang meaning of “player” as in  ‘playboys.’

밤 means “night” and 이 is the subject marker when the preceding word ends in a consonant sound.

아깝다 is commonly used to express when something is going to waste. When we conjugate it, it becomes 아까워.

In this case, he says “밤이 아까워” which could translate as “(we’re) wasting the night” or “it’s a shame to waste the night” and it is implied that he doesn’t want to waste it!

불타오르다 is a verb that means “to be set on fire or be ablaze” and it has been switched to a descriptive form. He also adds in the adjective 아름다운 (beautiful) again. These descriptive words are used to describe the girl, who he refers to as 그대 (the poetic form of “you”).

He describes the girl as a 명작 (masterpiece), and calls himself the 아낌없는 (unstinting or unsparing) buyer. It’s as if he is describing himself at an auction relentlessly bidding on this “masterpiece” of a woman!

To understand this lyric, we need to look back to what he says right before in English. He says “don’t be a liar.”

까다 is a verb that usually means “to peel or hatch” as in a banana or an egg. In this case, he is using it to mean something similar to “uncover” or “open” since he is talking about a lie. 말하다 means “to speak or tell” and the connector 고 attaches the two verbs. The ending -아/어 봐요 means “to try to do.” Here, it is just a softener changing the sentence to be less harsh.

He is essentially saying “open up the truth and try to speak to me.”

낮에 means “in the daytime or during the day.” 잠 자다 is a verb that means “to sleep” and he attaches -만 which means “only.” He only sleeps during the day!

The second part of the sentence talks about the nighttime. As we know, 밤 means “night” and the subject marker 이 is attached.

오다 is a verb which means “to come.” Attaching -면 to the verb root means “when” or sometimes means “if” so he is saying, when night comes or “when it’s nighttime.”

상남자 is a noun which means “a real man” (as opposed to an effeminate man).

Put together, this means that he just sleeps all day, but at night time he becomes a real man!

Remember the first lyric we covered, 널 보자마자 나 어머나 땡잡았어, which we translated to “as soon as I look at you, oh how lucky I am?”

Here, he starts with the same grammar point saying “as soon as I look at you” but this time it ends differently.

뻑이 가다 is a slang phrase that means “to go crazy.”

척 보면 is an expression that could translate to “with just one look” or “if you only look once.”

The verb 알다 means “to know” and if you conjugate it formally, it becomes 압니다.

Here, he is saying “I/you can see it from miles away” or “I can see it so easily.”

신나다 means “to be excited” and again, attaching -면 to the root changes the meaning to “if.” Therefore, this means “if you are excited.”

어린애 means “a child or kid.”

This translates to something like “if you get excited by this, you’re a child,” perhaps hinting he is child-like as well!

Let’s break down this part bit by bit!

오빠 (older brother to a female) plus the subject marker -가.

깜빡이 means “blinkers or turn signal.” 키다 is a verb which means “to turn on” as in a light or switch. Putting 안 in front of a verb makes it a negative, so he is saying “don’t turn on the blinkers.”

훅 means “suddenly” and the verb 들어가다 means “to go in.” In the formal form, it is 들어갑니다.

He’s comparing himself to a drive that doesn’t turn on his signal and just cuts into your lane!

그 means “that” and 몸매 means “physique or figure.”

받아오다 is a compound verb which means “to get or receive.”

He is saying “and just like that, I received (inherited) this physique.” What a figure it is, too!

거부하다  is a verb which means “to refuse or reject” and here he changes it to an adjective form in front of the noun.

신사 means “a gentleman.” Where have we heard that before?!

미친놈 is a slang term which means “a crazy guy.” When he attaches the location marker -에 to the noun (이 구역에), he is saying “around here” or “in this area/in these parts.”

바로 나 means roughly “exactly me” or in other words, puts emphasis on the fact that this is describing him (the crazy guy part)! Are you doing to disagree with that?

Let’s wrap up with the full set of lyrics for you to look at! Thanks for learning with us. We’ll be back soon with another instalment of “learn Korean with Kpop.”

I got it from my daddy
Daddy

Which are your favorite lyrics from the song? Share in the comments section!