Skip to main content
1. National
1) Chine leader Xi Jinping in Seoul, prior to Pyongyang
Xi Jinping visited Korea on July 3, the first time ever a Chinese leader made his first visit to South Korea, before its ‘blood ally’ North Korea. Xi and Korean president Park Gun-hye jointly announced nuclear free Korean peninsula and expedited FTA by the end of this year as well as other announcements that can put the U.S. and Japan in difficult position. Xi also met with Korean business leaders including Hyundai Chairman Chung Mongkoo who appealed for Chinese government approval for its new auto plant in Chongqing. Feeling betrayed by his big brother, outraged Kim Jong-un fired two missiles to East Sea in protest just a day before Xi’s visit. 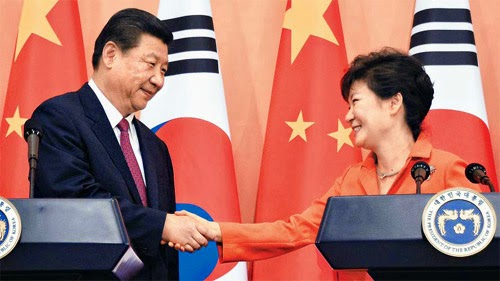 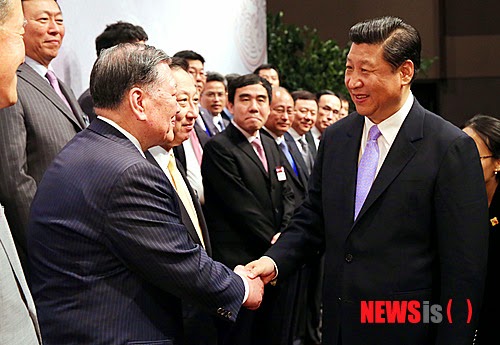 The U.S. government was clearly not happy that South Korea is getting close to each other, in fear of a crack in U.S.-Japan-South Korea alliance against China for regional peace. So uncomfortable that the U.S. State Department even declined comment on the Xi-Park summit meeting result. Park Geun-hye now has to dance under two loud speakers that blare out Love me tender and Saturday Night Fever separately at the same time.
2) A Fragging in DMZ kills five of his comrades
A Korean soldier serving in DMZ, identified as Sergeant Lim, threw a grenade and fired at his fellow soldiers, killing 5 and wounding 7 others on Jun 21. He was caught wounded two days later after failed suicide attempt in standoff. It is reported that Lim had hard time to fit in, been harassed by other soldiers and often been taunted by those even under his rank. Lim lost his temper when he saw graffiti on a wall in the post, depicting him as a skeleton. Though Lim was classified as the soldier that needed extra supervision because of his mental problem, he was put in to patrol DMZ with live ammunition as there were not enough soldiers. Too tragic as Sergeant Lim and his victims were young men who were defending the nation at the most dangerous area under military duty at $100 a month. 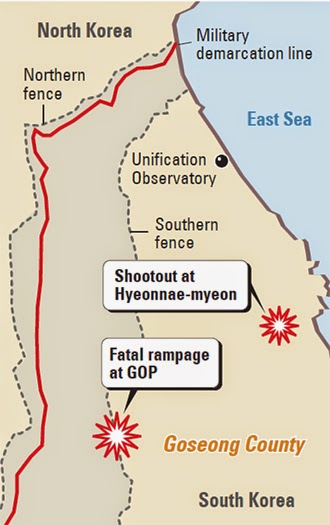 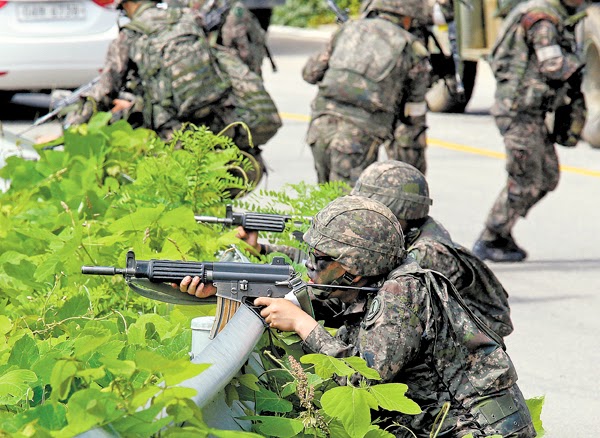 Korean military is facing lack of young men due to low birth rate these days, and it may be a time to think about conscripting females for equal opportunity. My wife swims longer than I, talks faster than I, yells louder than I, cooks better and I, and even negotiates harder than I with Louis Vuitton salesman. She was definitely better prepared to fight against North Korean army than I was 32 years ago.
2. Economy
1) Koreans sued over ‘illegal subtitles’ by U.S. TV producers
Police is investigating 15 Koreans after Warner Bros. and other U.S. TV producers sued them for creating subtitles for popular American TV series distributed illegally on the internet. This is the first time that individuals have been sued for merely making the subtitles for pirated TV series. American TV series have become very popular among young people after “Prison Break’ in 2005, and some 40% of Korean adults have been exposed to U.S. dramas through various channels. One of the biggest domestic websites streaming U.S. series has more than 200,000 members, some of whom voluntarily create subtitles and upload them. 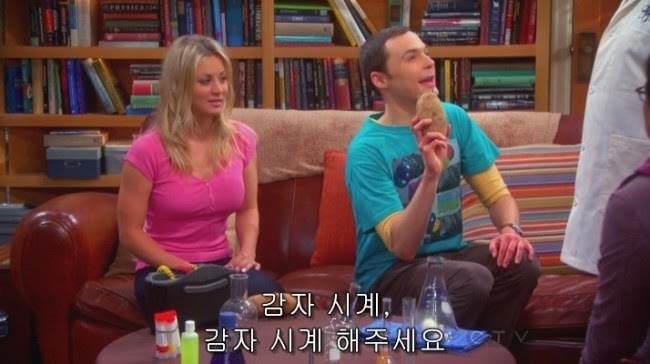 I have learned English for 40 years, served in a U.S. military base for 2 years, worked in Hyundai Canada for five years, currently have been working for an American company for over 15 years, but still have problems in understanding American movies or soap operas without subtitles, especially when they are about comedy or complicated conspiracy. I wish the defendants win the lawsuit, and the sooner the better, as I can no longer fully enjoy all the good jokes by Leonard and Sheldon in ‘The Big Bang Theory’ without the subtitles.
3. Auto Industry
1) Kumho expands its tire plant in Georgia
Kumho Tire, Korea’s No.2 tire maker after Hankook Tire, announced it is resuming construction of its plant in Macon, Georgia with investment of $413M to finish the construction by 2016.  The plant got a ground breaking in 2008, but the construction was halted after Kumho went to a debt workout program in 2009 during Lehman Brothers crisis.  Kumho said the Georgia plant will have annual production of 4 million tires. Kumho is currently the largest tire supplier for Hyundai Alabama and Kia Georgia plant. Kumho is relying on North American market for 20% of its total sales. Kumho has technical alliance with Yokohama Rubber. 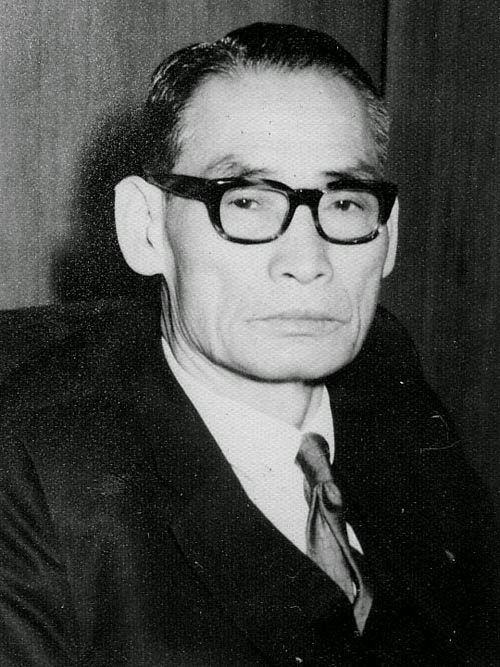 Kumho Tire and Asiana Airlines are subsidiary companies of Kumho Group.  Founded by late Park In-chon who started taxi business with two old American cars at the age of 46 in 1946, Kumho Group has expanded its business mostly in transportation business with 36 subsidiary companies. Kumho was Mr.Park’s pen name.
2) Renault Samsung Motors offers diesel sedans
RSM announced it already has received 1,500 contracts for its SM5 Diesel sedan powered by Renaults’ 1.5 dCi diesel engine imported since it started accepting pre-orders on Jun 23. It said its SM5 D will be different from its competitors’ models as it is a ‘segment break,’ offering a downsized engine for customers who want European pragmatic style. RSM’s SM5 D is another proof Koreans are hot with diesel cars. Nine out of ten top selling import models are diesel.  Hyundai recently launched its Grandeur (Azera) with R 2.2L diesel engine to fight against German premium diesel sedans, while GM Korea has started selling Malibu Diesel, which has 2.0L turbo manufactured in Germany 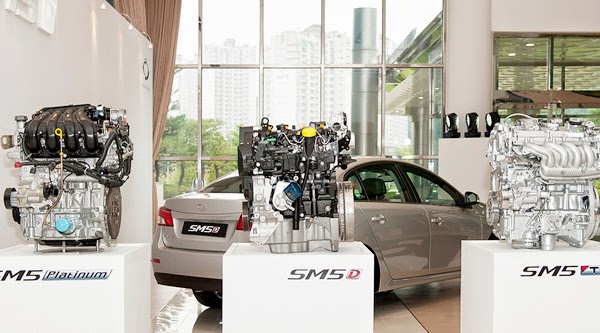 Despite high fuel efficiency, Koreans used to shun diesel engines for passenger cars because of noise from vibrations unique to diesel engines. Not any longer. With better technology products such as high performance balance shaft modules and isolation pulleys to control vibration, the diesel engines have become much quieter. I wish my wife also has good balance shaft modules and isolation pulleys when she is shopping in Louis Vuitton stores.
Regards,
H.S.
Korea TESOL: Helping Teachers Connect
Promoting learning and cross-cultural understanding among English Teachers and Learners in Korea.