Skip to main content
1. National
1) The fairness in Korean justice system under question
Koreans must feel proud about a prisoner who has higher wage than Bill Gates. The Supreme Court began reviewing the prison labor system after a huge public outcry over a court’s decision to allow Huh Jaeho, the owner of once Korea’s 52nd largest company,  to pay off 25.4 billion won (U$23.5M) fine by spending 49 days in a prison labor house, making paper boxes. This means 500 million won a day for Mr.Huh, while the ordinary prisoners are paying off only 50,000 won ($46) a day.  As the controversial ruling was given by the judge who has been stationed in the same district for 29 years, which might have led to improper connections with local big wigs, the Supreme Court is making a system in which judges are to move to new locations after serving certain years in a city.

The injustice in Korean judicial system was high lighted in 1988 when four prison escapees took a girl in hostage in Seoul, protesting why they should get 17 years of jail sentence for 5 million worth theft, while ex-president Chun Doohwan’s brother got only 7 years for 7 billion won embezzlement. All but one killed themselves in a live TV broadcast, shouting “No money, much guilty. Much money, no guilty.” (無錢有罪. 有錢無罪) If they were Americans, they would have shouted, “One law for the rich, another for the poor!”

2) North Korea drones flying over South Korean air space
Korean got worried with the discovery of three North Korean drones in different locations in the last two weeks. What is disturbing is that one of the drones had pictures of Blue House (Korean Whitehouse), and many are wondering what if the drone had bombs with GPS locked on the Blue House? The drones were made of foam core fiber glass, powered by 4-cylinder engine, and equipped with Canon DSLR cameras without real time transmission function. The military thinks the drones had crashed returning to North Korea due to lack of gasoline or engine trouble. North Korea has not claimed the drones were from North Korea, but ridiculed South Korean military for letting drones fly freely in South Korean airspace.

2. Economy
1) Less Koreans students studying overseas
According to a government statistics, the number of Korean students from elementary school to high school studying abroad has halved for the first time in six years. It rose from 4,397 in 2000 to peak at 29,511 in 2006, began to slide after Leman Brothers crisis to 14,340 in 2012, marking a 51.4% drop in six years. Experts attributed the decline to the ongoing economic slowdown, and a growing awareness that studying overseas with better English skill no longer means a leg up in landing good jobs in Korea. 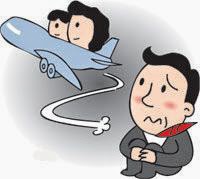 The term ‘Goose daddy’ was coined in early 2000 to describe a father who lives alone and makes money in Korea to send their kids abroad for study with his wife because a goose tends to take care of his babies without trying to find another partner when he loses his spouse. A close friend of mine from Hyundai has been a goose with his two kids and wife in Vancouver for over 15 years. I nicknamed him Super Goose.

2) Philip Morris to move production from Australia to Korea
AFP reported Philip Morris plans to close its 60 year old factory in Melbourne, Australia by the end of this year and relocate it to its facility in Yangsan, Korea.  The decisions came after the Australian government’s decades long drive to carry out anti-smoking policies such as forcing cigarette companies to display strong health warnings on cigarette packets. There will be loss of 180 jobs in Philip Morris Australia from the shut down. 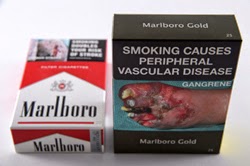 There is a strong bias against women smoking, and it would be like a woman hanging an “I am spoiled” sign if she smokes in public places. My boss in the U.S. was once very much surprised to see so many men smoking in the streets in Gangnam, but no women smoking at all. He should have checked female toilets in a nearby Starbucks.

Sonata has the longest model name in Hyundai. Ever since its launch 1985, Sonata has kept breaking the predecessor’s sales record without exception. Will the new 7th generation continue its proud tradition?  Yes and no from my 28 years of automotive experience. Yes, if it sells well. No, if it doesn’t.