Do you have your Korean phone number? You might have gotten one before, or you plan to get one for your next trip to South Korea. 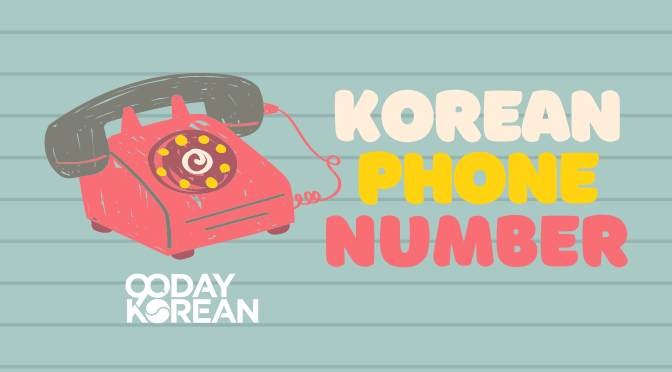 In this article, we will introduce you to what Korean phone numbers look like and how they are formatted. And even more importantly, we will also give you some information on how you can actually get a phone number in South Korea!

Is a Korean phone number necessary when visiting only?

Even if you are in South Korea for just one week, it may be handy to rent a sim card and have a local phone number in your possession.

Especially if you are coming in for a longer visit or living in Korea for some time, having a phone number in Korea will be quite essential to you. During the height of the pandemic, for example, it was even required for each incoming foreigner to possess a local phone number.

Why should one get a Korean phone number?

When you are equipped with a local phone number, daily life in the country will be so much easier for you. For example, sometimes your foreign number may not work properly when in the country. Whereas with Korean local numbers, you can easily connect with people over the phone.

You may also be unable to register for some services without a local phone number and can only get a data plan with a local number. That means, without a local number, you’ll be stuck relying on spotty wi-fi internet and may not have the option to reach out or be reached out to everywhere, even in the city!

In cases like this, you’ll realize how convenient calling or sending SMS to people you know can be!

We have already given you some information on what Korean phone numbers are like in our article on Korean numbers. Drawing from that article, you might already know that there are two types of phone numbers in Korea: mobile phone and telephone.

In both cases, Sino-Korean numbers are used to spell out the phone numbers. In that linked article, you can also learn some useful phrases related to Korean phone numbers. Here is a visual example of a number used for mobile and telephones in the Seoul region:

The South Korea country code is +82. You can use it with both mobile and telephone numbers. For refreshment, here is how adding in the area code modifies the numbers:

So, thankfully, not too difficult for you to quickly remember! Although, do note that the area codes for Ulsan and Busan are 52 and 51 respectively, as opposed to 82 for the Seoul code. However, in total, the number consists of 10 digits, still, so there will be one digit less in the middle section.

How many digits are there in a Korean phone number?

For the 11-digit mobile numbers, they start with the three-digit codes 010 before moving on to an 8-number combination that is unique to each number.

Sometimes it is possible to get to choose the last 4 digits yourself, but the middle 4 are always automatically generated.

For telephones, the numbers usually start with the combination 02. You likely won’t find many households that still carry a landline phone, but many government offices and other businesses still have telephone numbers like this. 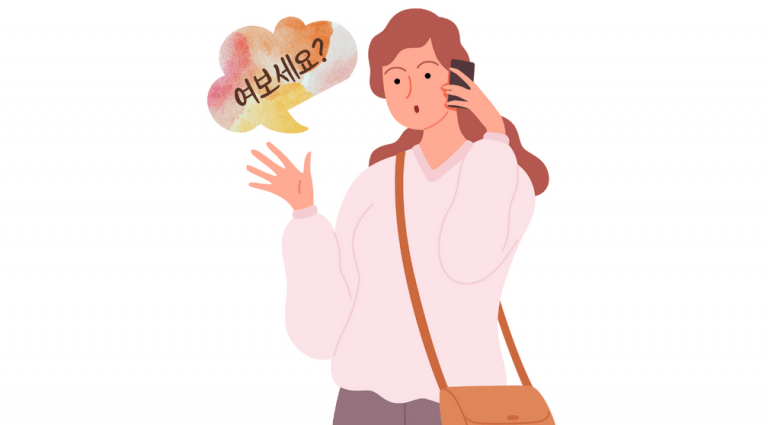 How do I get a phone number in Korea?

If you are in South Korea, it’ll be advantageous for you to have a local number, even if it’s just for a short amount of time. There are three ways you can get your own phone number in Korea. We’ve listed them below.

The process of getting yourself equipped with a South Korean phone number is easier when you are staying in the country for more than three months and will get the Alien Registration Card as well as a local bank account; however, it is not impossible without one, either.

With the ARC, you can walk into any Korean phone store (with Gwanghwamun’s KT Olleh being especially popular among foreigners) and register for a phone plan, either with a contract or a pre-paid option.

In some cases, it may also be beneficial to get a local phone with the number, as well. It is possible to also get a data-only plan if you so wish. The cheapest plans start from just 12,000won. With a data plan added on, the plans ofter start from 30,000won.

And if you happen to only be visiting for less than three months, you can rent a SIM card – and even a whole cellphone! – at the airport. You can order it online in advance and then pick it up from the airport upon arrival.

Can I get a Korean phone number if I’m outside Korea?

Of course, if you are not in South Korea, you will not need their local number. There are ways these days to get a virtual phone number for Korea or any other country, from wherever in the world you are.

For example, Call Hippo offers such a service. However, although available and cheaper in comparison to traditional international calls, services like these are mostly used for business purposes only.

Did you find our article on South Korea phone numbers useful to you? What else would you like to know about the process of purchasing plans and mobile phones in South Korea? Let us know below in the comments!

The post Korean phone number – All you need to know (+how to get one) appeared first on 90 Day Korean®.