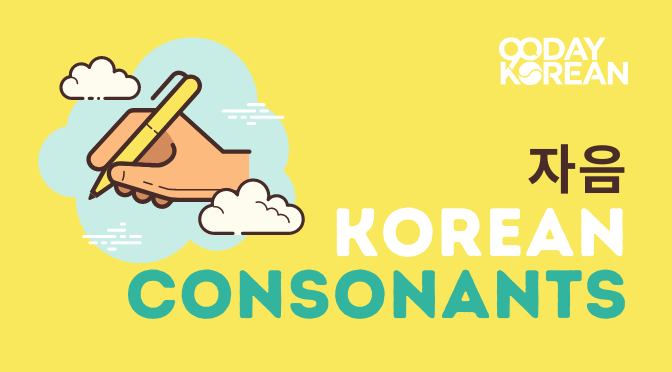 What is “consonant” in Korean?

The Korean word for consonant is 자음 (jaeum). Consonants will help you form words in Korean with the other half of the Korean alphabet which are Korean vowels or 모음 (moeum).

How many consonants in Korean are there?

There are 14 basic Korean consonants, plus 5 double consonants which makes 19 consonants in total.

What are the basic Korean consonants?

Here are the 14 basic consonants in Korean language. The basic thought behind creating each Korean letter has been to draw the symbol with its pronunciation in mind.

How to pronounce Korean consonants

Although we’ve laid out the sounds in their romanization here, the correct pronunciation may not be exactly what you expect. That is because the Korean pronunciation is not directly the same way an equivalent to how English letters would be.

The Korean alphabet, 한글 (Hangeul), is a very scientific alphabet. This is used in both South Korea and North Korea. It is an official writing system where each alphabetic letter is shaped according to the sound they make and this concept is very much present in Korean consonants too. Understanding this can also help Korean learners understand each sound fast along with overall Korean pronunciation. 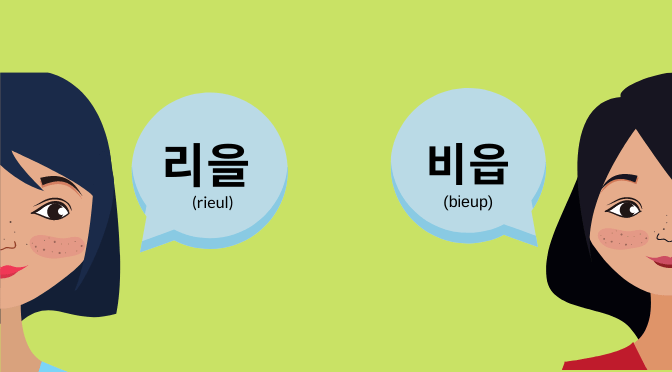 Bilabial – represents the shape of the lips. The bilabial consonants are ㅁ, ㅂ, ㅍ.

Alveolar – represents the shape of the tongue touching just behind the teeth. The alveolar consonants are ㄴ, ㄷ, ㅌ, ㄹ.

Velar – represents the shape of the tongue that touches the back of the roof of the mouth. The velar consonants are ㄱ, ㅋ.

Glottal –represents the shape of the throat. The glottal consonants are ㅇ, ㅎ.

Below we have included some example words for each consonant letter which may help you learn the consonant sound. These words are the actual names of these Korean consonants. We have included romanization as an aid, but we advise Korean learners to focus on learning through Korean alphabet letters directly as it is more accurate.

How to pronounce Korean double consonants

The sound that this type of consonant makes when pronounced falls somewhere between plain or basic consonants and aspirated consonants in its hardness. That means, for example, that although ㄲ has ㄱ twice in it, its sound is not directly twice as hard as ㄱ. 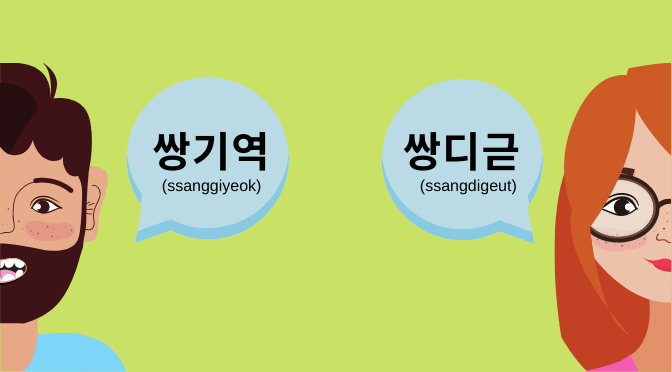 Just like the basic consonants, the double ones also have their own names. These are quite easy to remember if you’re already familiar with the names of the first 14 consonants that we listed above. These consonants are also called 쌍 (ssang) or “twin” letters in Korean. Here’s how each of them is called:

That was easy to memorize, right? You simply need to add 쌍 (ssang) before the respective basic consonant’s name to form the twin letters’ name!

Differences in pronunciation based on the Korean consonant type

Basically, there are three different types of Korean consonants: plain, tense, and aspirated. They are labeled into different groups according to their Korean pronunciation.

Plain or basic consonants are all the ones from ㄱ to ㅈ, plus ㅎ. These Korean consonants are pronounced without any aspiration. That means, no burst of air is required to pronounce each consonant letter.

Double or tense consonants are Hangul consonants that have pronunciations harder than the basic consonants, but not as strong as the aspirated consonants.

Differences in pronunciation based on position in a syllable

There are three different positions for a consonant in a syllable: initial, medial, and final. Therefore, there are also a variety of pronunciations for each consonant. When a consonant is in an initial position, it tends to be voiceless. In simpler words, it means each consonant is pronounced as shown in the table below:

Each of these consonant sounds has a rather weak Korean pronunciation. Also, the length of the sound should be short. 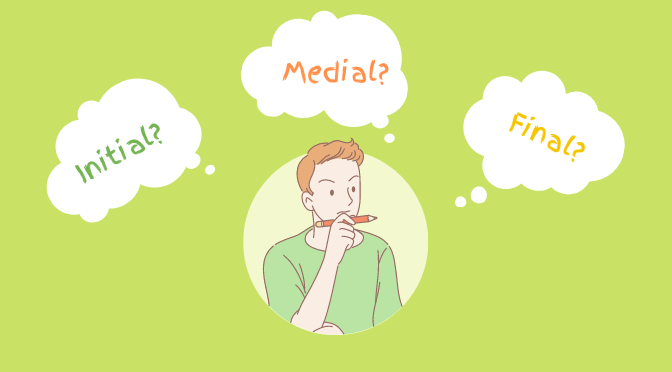 As mentioned above, a Korean consonant in an initial position tends to be voiceless. However, notice above that there are two exceptions to the initial consonant rule. The first is ㅂ, which is the one Korean consonant that does have a “voice”, so to speak.

Final consonants are those that finish off a syllable, for example, ㄹ in 글 (geul). They are called 받침 (batchim) in the Korean language. This also serves as a base or support of Korean syllable blocks as it is the bottom position of consonants in a syllable block.

The 받침 is an important part of Korean pronunciation because it often determines a change in the way Korean words are pronounced. However, not all Korean syllables have 받침.

Consonants in the 받침 position can either be common or mixed final consonants.

All double and basic consonants can be used as final consonants except for ㄸ, ㅃ, and ㅉ.

There are several rules that affect the sound the syllable would produce. Here is an example:

밥 (bap) –> the final ㅂ has a “p” sound, but its sound is shorter and more voiceless than the initial ㅂ

만원 (manwon) –> the pronunciation is closer to “manon”

A further complication is the final consonants “ㄷ” and “ㅌ” when the following syllable block consists of “이” (i) where only the vowel has a sound. In these cases “ㄷ” is pronounced like “ㅈ” and ㅌ like “ㅊ”.

같이 (gachi) –> if written down based on its pronunciation, it will look more like “가치”

However, if the consonant combination is ㅎ + ㄹ, ㅎ will become silent and only ㄹ will have a sound. ㅎ will also become silent when the next syllable starts with ㅇ. Like this: