Skip to main content
Take a look at this picture. Go on, take a nice long look: 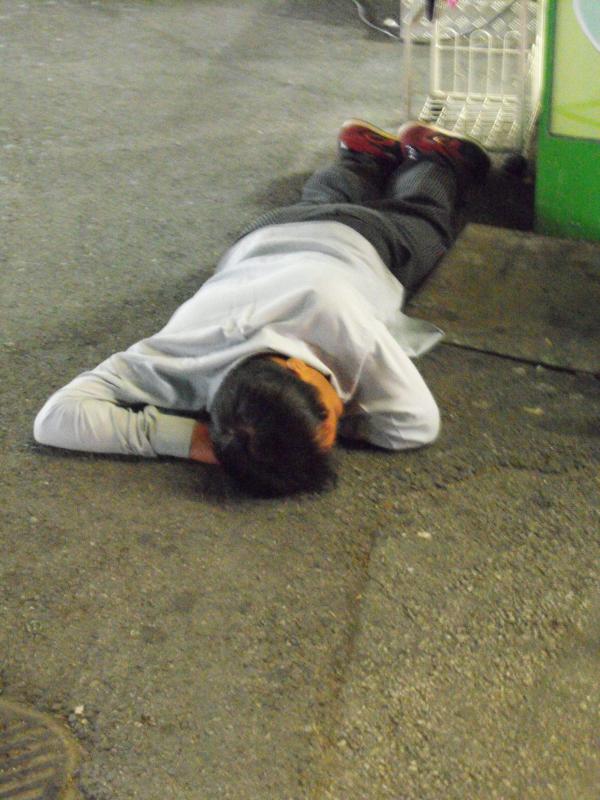 OK, so what was your first - your very FIRST reaction? If your first reaction had anything to do with the Korean drinking culture, the nightlife of Korean men, or the effects of too much soju, than congratulations - you may be a racist.

Look up the definition of 'racism' in the dictionary - click on this Google search if you like - or just look at one definition from the aforementioned search: "[Racism] is a manifestation of stereotypical attitudes towards members of a certain race or ethnic group. Inappropriate treatment based on race constitutes racism." Think about it before moving on.

It's really easy for a foreigner in Korea to call Koreans racist - they are, after all, the majority in this country, and in control of many aspects of our lives. They have that right - we are the guests in their country. That doesn't give a person the right to discriminate or treat people differently based on race, color of skin, language ability, or the like. Almost any foreigner living in Korea has or will experience racism in one form or another. The short list of possibilities:
These possibilities, however, do not give a foreigner any ideological or moral high ground. It doesn't give us the right or ability to be the same way back. Oh yeah, it feels great to smirk or get snarky about how all Koreans think kimchi cures the swine flu (they don't) or how all Koreans think 'Dokdo is ours!' (some could care less). But once the snark has been said and the smirk goes away, exactly nil has been accomplished. A chance to show someone that we don't fit the stereotype of foreigners has passed. That quick quip that's probably been forgotten (or badly remembered) won't exactly help someone else think highly of you.

The whole point I'm trying to make is that fighting racism received from others also means looking in the mirror from time to time. What long-held beliefs about Koreans do we bring to the conversation? What assumptions do we make about someone in a given situation based on their gender or race? What makes us think that belief / assumption is correct in every case amongst every Korean individual?

And what made you think that guy pictured in the first picture didn't lose a fight while completely sober, trip and hit his head, get mugged, or have narcolepsy?

A little racism is normal, trying to stamp it out completely is foolish.

Trying to forcibly impose racial equality on a culture is psychological warfare and does more to create divisions.

If a Korean doesn't want me in his bar because i'm white that's his choice, I wish I had the same right in my own country.

Pick any night on any busy city street and you'll find a drunk guy passed. You don't need to be a card carrying KKK member to make that observation. However, you do need to be deluded to consider such a presumption to be racism.

And your scolding tone is seriously misplaced. The publicly acceptable levels of racism in Korea are EXTREMELY different to what is acceptable in English speaking countries. Just yesterday I was out with my Korean girlfriend and drunken adjoshi practically yelled "aiiisshhhh" into her ear as we walked past. It took us a few seconds to recognise his intentions, but by that time his friends had scurried him away.

So no, we don't need to indulge in white-guilt moral masochism to fix Korea's racism. It is a problem  that all Koreans are obliged to take responsibility for and fix. If last night's incident had occurred in my hometown, its more than likely someone would have stepped in and set the bigot straight. I honestly hope to see that happen in Korea some day.

"The publicly acceptable levels of racism in Korea are EXTREMELY different to what is acceptable in English speaking countries."

I think what you mean by "racism" is specifically "disapproving attitudes towards whites dating Korean women" and not, I'm guessing, "institutionalized imbalances of power and/or history of violence and hate crimes."

If that's the case then I'll agree with you. Yes. Korea is terribly racist. They are palpably disapproving of Korean women dating non-Korean men. Not very nice.

Yet on the other hand, no Korean has ever called me a 'chink' or a 'gook' or spit on me as I walked by or smashed my mom's car windows or jump me while screaming "I F*CKED YOUR MOM CHINABOY!" etc. etc.

All of which has happened (to me in fact!) in the terribly non-racist English-speaking countries you mention.

I think we foreigners should think more about what constitutes 'racism' before we start throwing the word around. It's like we've been dying to say it.