Skip to main content
Right before I left to Busan last Friday, I dropped in on Joseph's farewell party. He's off to do his MBA at the University of Chicago and is one of the sorts of people that you always have on your backyard barbecue invitation list. To fit such a criteria, one needs to be mildly knowledgable about cooking, have a reputation for good behaviour when drunk and have interesting things to say and know when to say them. 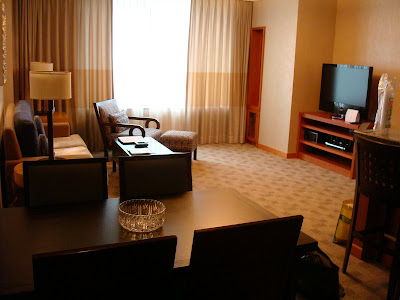 He booked a room at the Oakwood Premier Hotel in Gangnam, which is near COEX. Quite a flashy place that I can only imagine cost more than a hundred cafeteria lunches, which is my new unit of value judgement (one cafeteria lunch = $3). 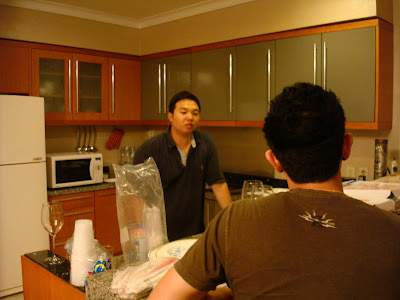 Joseph prepared some of his mother's bulgogi recipe and also brought along some Mongolian vodka from a recent trip to the land of the raging horde. Although once the birthplace of the mighty Genghis Khan, Mongolia is now a land of grassy peacefulness, so I am told. 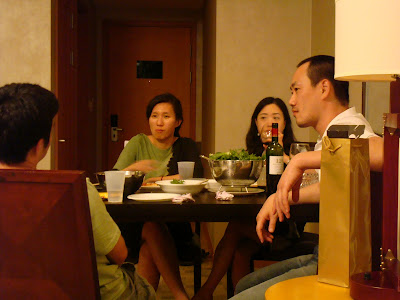 Like any good party that you throw when you leave somewhere you've been for a while, there was a good mix of some new friends and some old ones. If there are too many of either group, you may have inconsistent friend-making skills. 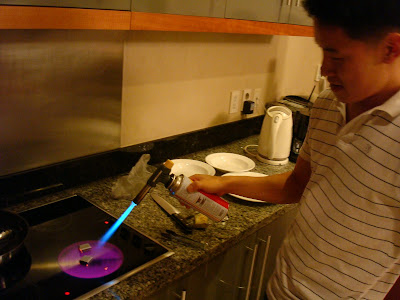 This is me, heating up the tobacco for the shisha water pipe. There are a lot of different things that you can do with a can of butane. 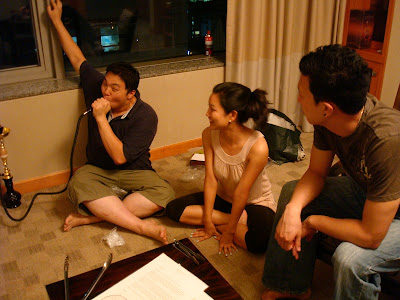 Here's Joseph, enjoying a pipe while trying to open a window from a seated position. I had to leave early that night to catch the train, but I'm sure they continued to have fun late into the night.