It began over seven years ago for me, this daily addiction of checking the online personas my friends and acquaintances had constructed for themselves, and for a long time it was a lot of fun. Never mind that I could have read or even written who knows how many books—could have learned to play an instrument or two—with the time I spent scanning these images and crafting this profile. People wrote to me, commented on my pictures, and with each red like that popped up I got a little shot of self-administered dopamine that only furthered my addiction. It also seemed an excellent way to find out if people were available, though since so many pretty girls refused to even state their relationship statuses I suspect that ultimately it was more or less as reliable as the dark ages before the internet, when one had to ask around (or just ask the actual person) if one was interested. 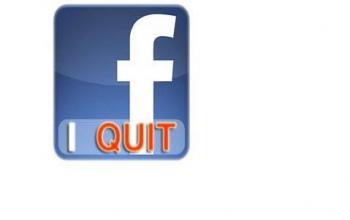 And besides, those rare people who didn’t partake in these internet games were just bizarre. How could I have any hope of judging their literary or cinematic or musical tastes if they refused to list them for me in a public forum? These people weren’t just blind spots; they were luddites, and I didn’t want to be like them. I had to be interesting, which meant that I had to be on facebook, regardless of the fact that mentioning facebook in the real world is always a lame thing to do—a transgression of politeness, and even with an ironic tone a faux pas—because in discussing this website called facebook one admits that one uses it to other people who use it, which is really bad, and smacks of fat pale pimply hopeless high school nerdishness. You slather yourself with that grease every time you utter that unholy word, and you oblige your acquaintances to do the same.

After I came to Korea facebook turned into the principle means by which I stayed in touch with all my friends from college, though as it turned out I had little to say to most of them, and they to me, at least online, though in person when I’ve had the rare fortune to run into some of them again, or even if the stars manage to align for a skype session, we can talk without stopping for hours…so perhaps we didn’t stay in touch, we just maintained the illusion of staying in touch, which was naturally completely unsatisfying.

Facebook was also the way I kept myself from accepting the fact that I was stuck in Korea. I used it to avoid acclimatizing to the strangeness of this place, and retreated into it because it reminded me of the happiness of college. As a result I was here for nine months before I managed to get together with a pretty Korean girl. Only then did this country become bearable, and only then did it seem like I finally had a chance of breaking this website’s hold on me.

After I got hitched and had a kid, I checked facebook not just on a daily but really an hourly basis because I was so fried from the constant impossibly difficult struggle that is Raising A Child that I thought I didn’t have the mental power to concentrate on anything else, though I derived no pleasure from seeing that everyone online was freer and happier than me. Later I could show off the seeming fact that my son was gorgeous, and that I had somehow managed to get myself a decent job (so as to regain points after the embarrassment of an accidental pregnancy), but everyone else still seemed so happy and successful that it was impossible for me to finally win the game. Even when I could say that, based on facebook, I was doing better than someone in particular, I felt no happiness, no contentment, and hardly a whiff of schadenfreude. It wasn’t even right to feel pity, because there is nothing accurate about the way the website represents its users; the fake person could seem miserable while the real person was laughing in the sun. The only decent guess one could hazard is that the more a person uses facebook, the less happy that person actually is.

Three last spells sealed the mystical sarcophagus shut. First: nobody wrote to me anymore (and I didn’t write to anyone else). Their lives on the internet (and not their real lives) no longer seemed so interesting to me, and from the lack of interaction it was easy to figure out that I was no longer so interesting to them. Second: my enthusiasm for the presidential election meant that I found myself arguing politics with several friends who were really offended or annoyed by what I wrote when no offense was intended and when, had we discussed these issues in person, I suspect no offense would have been given. Online arguments seem to accomplish nothing beyond making everyone angry.

But the last and greatest problem was the strain of maintaining my online persona. There, on facebook, I must be interesting, fun, witty, happy, beautiful, and pertinent, whenever I post anything, though in person I am often boring, dull, surly, haggard, and random. These two people have some difficulty coexisting, for everything is perfect in the life of Online Ian, and whenever anything good happens in the life of Real Ian, he thinks he should add that to the life of Online Ian, though whenever anything bad happens (and with a child and a wife in a foreign country, plenty of…shall I call them…challenges crop up), the real guy knows that he shouldn’t add that to the life of the fake guy, because that would hurt the fake guy’s image and make him look bad around all the other fake people. Nothing is lamer, after all, than an online sour puss.

This strain really became too much for me. I wanted to be able to experience life without feeling the need to copy it to facebook and without feeling the need to gain facebook’s approval. Thus, I decided to kill that online person off. I would copy the hundreds of pictures I posted over the years and then destroy my profile forever. This was the plan. It took an hour to get through half the pictures, that hour went by over a week ago, and a second hour of freedom still hasn’t emerged since then, to complete this dastardly deed, though I did manage to stay off the website completely, opting to study Korean and read and write novels rather than seeking to ceaselessly check whether I am better or worse off than everyone I have ever spoken with.

So am I happier, as a result of cutting myself off from the guilty pleasure of dipping one’s hand inside the buzzing facebook hive? Has my social adjustment improved? To be honest the stress in my life has decreased lately because my wife and my son have taken the matrimonial bed for themselves, exiling me to a harder flatter smaller bed in a colder room, with the result that everyone is sleeping an extra couple of hours each night, and that the two parents, in particular, can fight and argue without making dire existential threats against one another every time there is a difference of opinion. I have learned at least a few dozen Korean words, gained more confidence in conversation, attacked new grammatical constructions that once seemed impossible to comprehend, and I’ve even gotten through online news articles (with a lot of help from translators and with only the vaguest comprehension of what I am reading…). Rather than taking an hour to get through a single page of a comic book, I can get through five pages in thirty minutes, though this development was a long time in coming and not really due to the need burgeoning inside my consciousness for many months to Quit Facebook.

Other things have improved as well—despite having a baby (whom I took care of by myself for almost the whole weekend!) and two jobs I still find the time for composition—but it’s difficult to say that my life is better without facebook (or that your life would be better without it) because I am still attached, and still possess the desire to give up on this venture and return. I still feel the call. Only when I get through the pictures and delete the profile and find myself clean for months or years, living in the real world rather than the constraints of the internet, will I truly have any chance of attaining freedom.