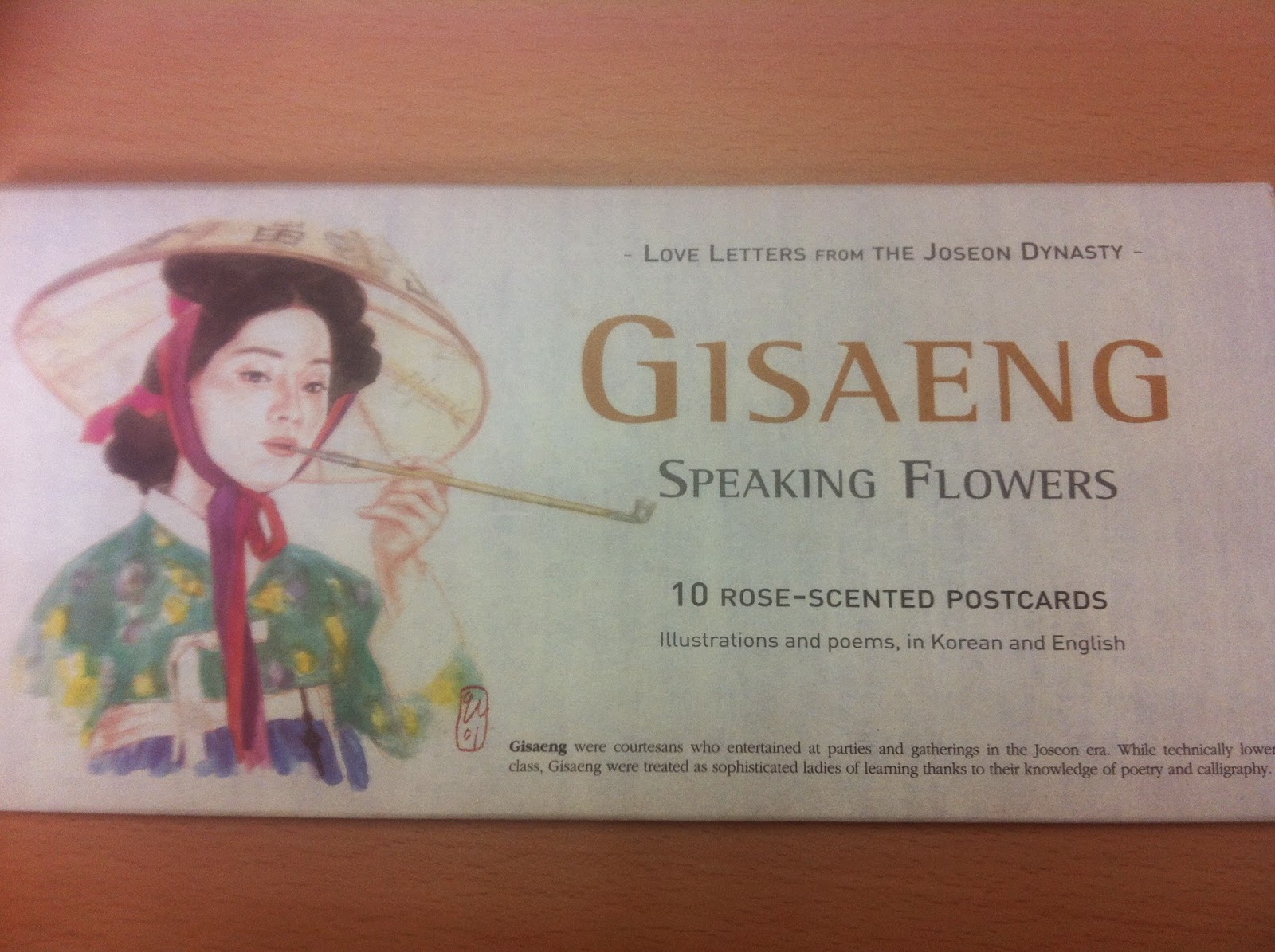 Rose scented postcards featuring a Gisaeng on each! Each with a sijo poem in English and Korean and a short bio on each Gisaeng written by Brother Anthony of Taize a.k.a An Sonjae.

I found these right inside Deoksu Palace in Seoul. It's the palace near Seoul City Hall : Across the street from the Seoul library and Seoul Plaza. On the palace grounds they have a wonderful gift shop that sells many unique items that are rare and near impossible to find at other souvenir shops. 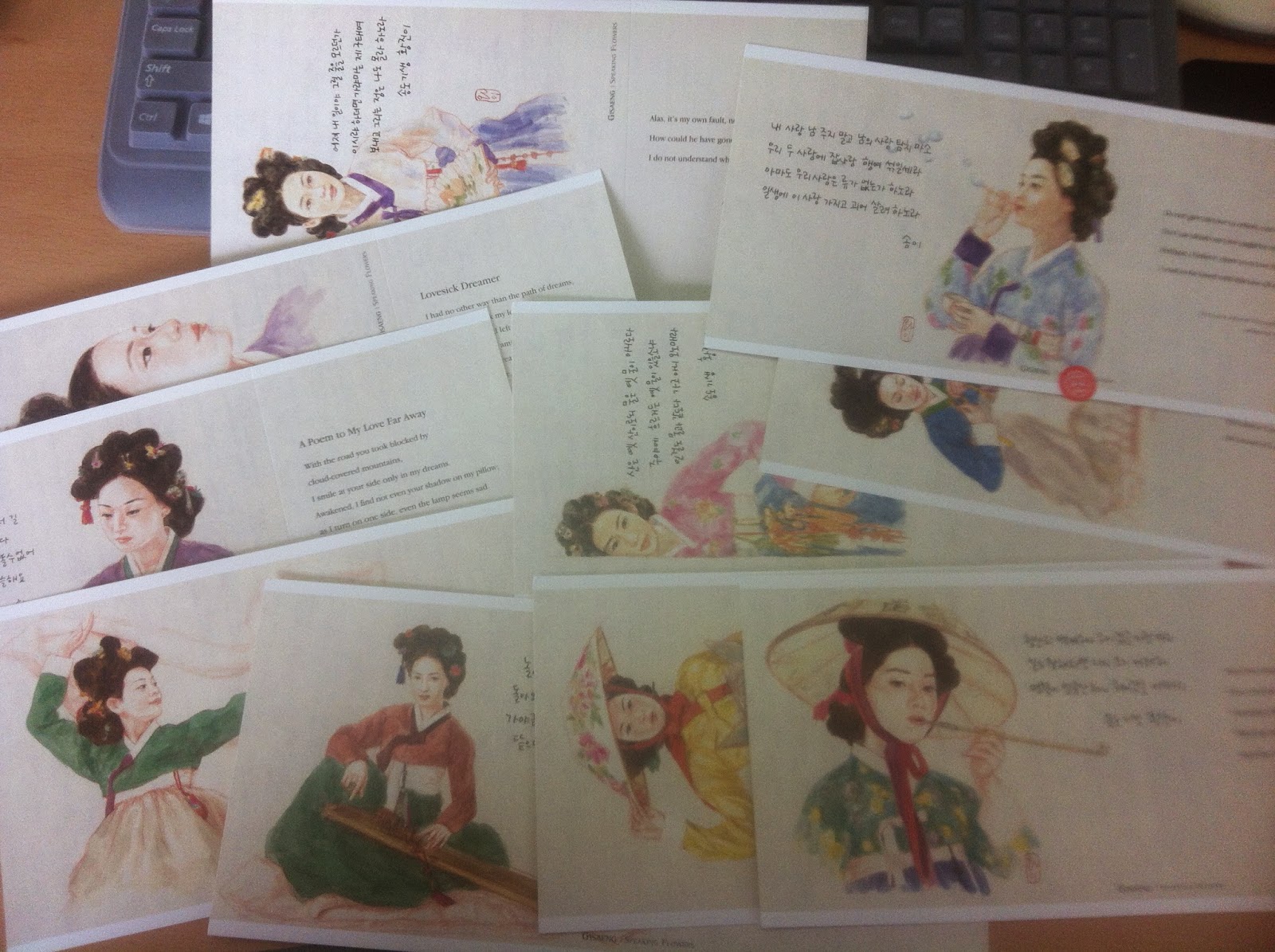 Here's a brief, but more detailed explanation that I wrote about Geisaeng here : Tales of a Gisaeng and all of my posts regarding Gisaeng. 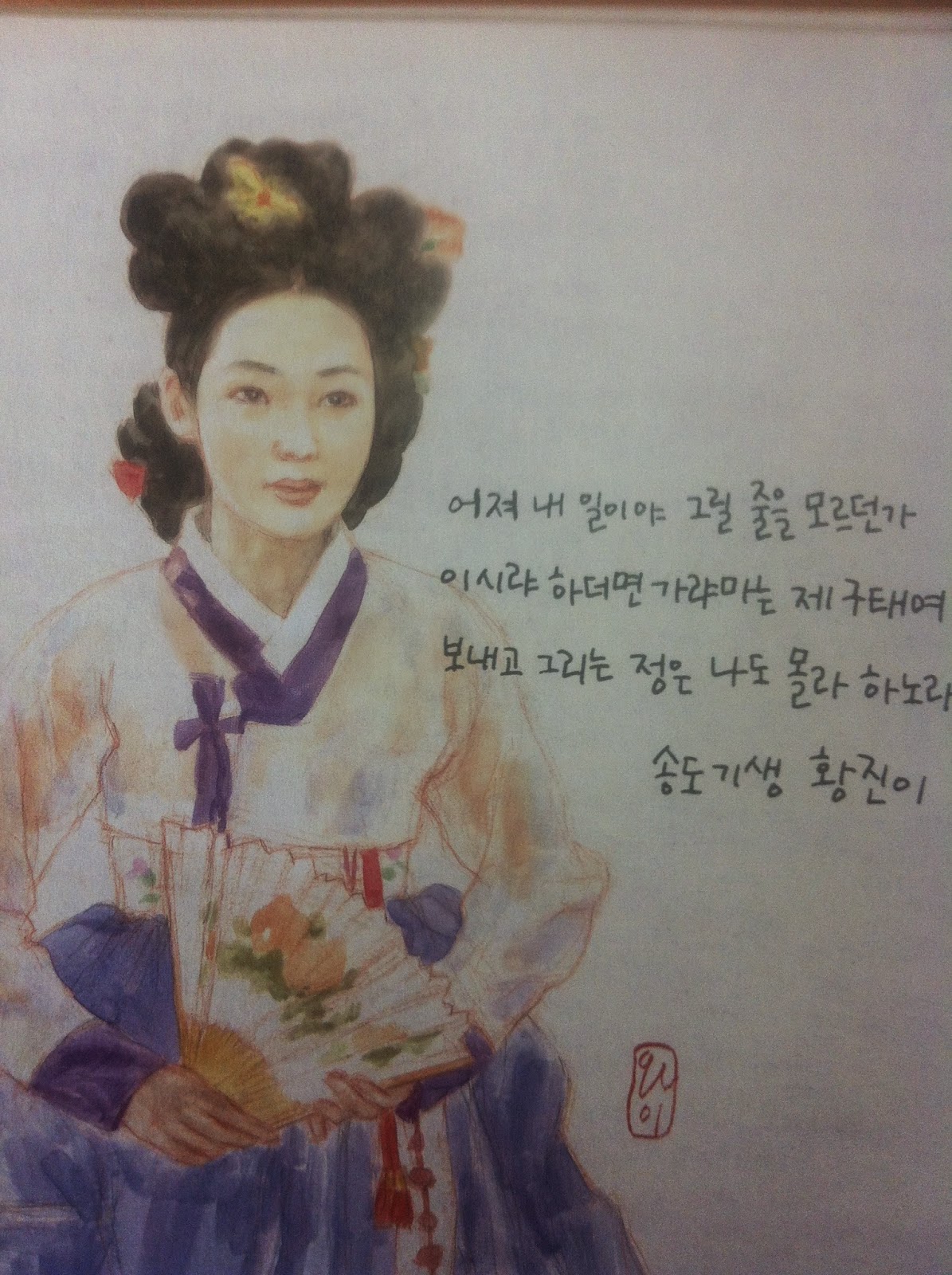