Skip to main content
In Jinju every May they have a Non-gae festival. Named after the Gisaeng who embraced a Japanese General and took him plunging to their deaths. This is apparently where the Busan, Igidae legend of the two gisaeng jumping off a cliff to kill a Japanese General.
In Jinju Castle there is a shrine dedicated to her with a plaque telling her story: 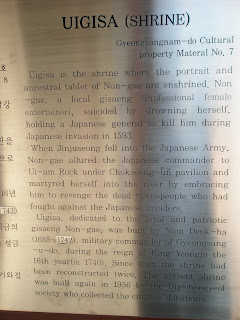 Children can draw pictures of gisaeng to post on a wall display there in the castle. They also can dress up in gisaeng clothes.
﻿ 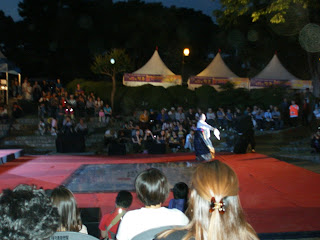 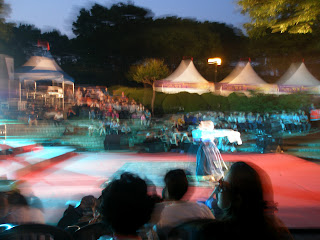 In the evening they have special events for the 3 day festival. On the day we were there they had traditional gisaeng dances and singing. They also had pansori singing. 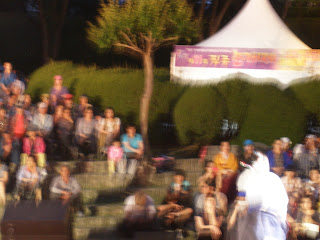 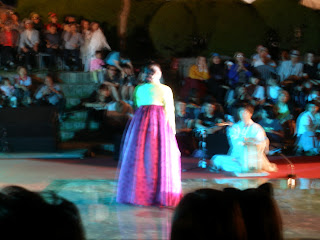 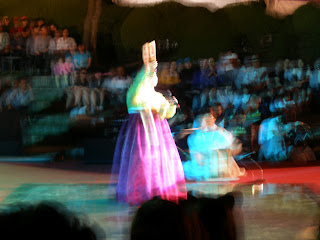 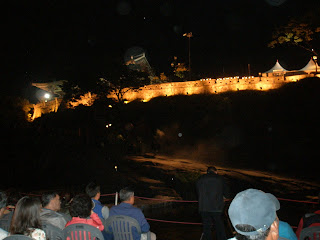 Later the castle walls are lit for a night performance set in the location where Non-gae plunged to her death, taking the Japanese General with her. 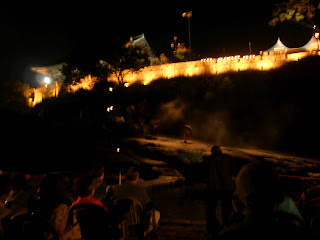 The main event of the festival is a reinactment of Nongaes life and suicide. They portrayed her relationship with the Korean Generals protecting Jinju from the Japanese. The fall of Jinju to the Japanese and the Korean General's suicide (everybody cheers when the actors jump into the water in full costume) (There were alot of old adjulshis there). 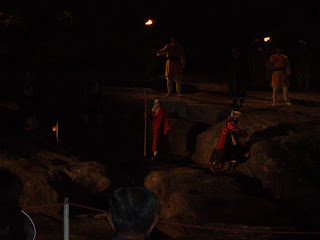 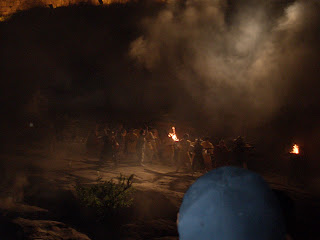 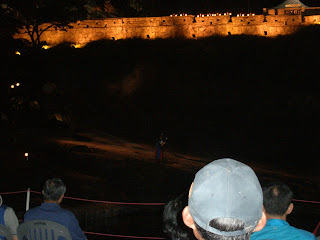 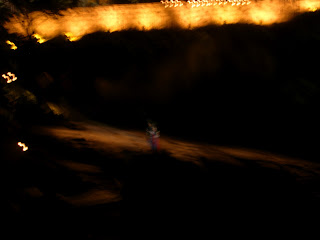 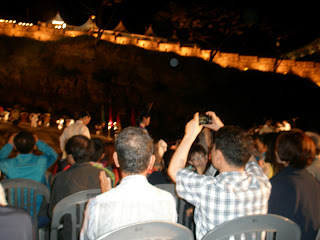 After Nongae plunges into the water with the General, there is a brief memorial dance. Some may call it an exorcism dance for Non-gae. 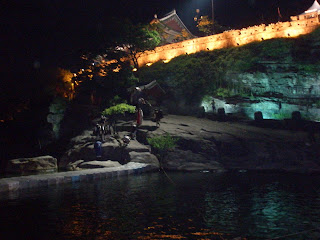 To view the performance they set up a pontoon platform for the audience. So we were actually sitting on the water, looking up at the castle and across to where Non-gae was last alive upon this earth. A wonderful and haunting experience that is a must see !


At a restaurant we found a tea-cloth that had a sijo written by Non-gae. The owner told us that such items could be purchased from the souvenir shop in Jinju City Hall.

Sadly, as it is in City Hall it isn't open on the weekends when the festival occurs and when most tourists residing in Korea would drop by Jinju it is inaccessable to their main market.  As it is a long way to drive for only souvenirs sadly and well, I must work on the weekdays it seems this 'souvenir shop' is something I am unable to report on. Regardless, the festival was awesome (registered trademark of Busan Awesome ?)