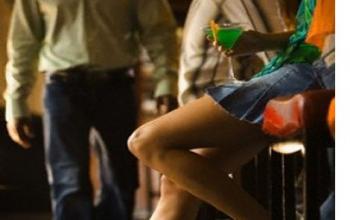 There have been a few different incidents over the past couple of weeks that have led to a rash of ill-advised online discussions in which men circle around to contemplate amongst themselves how women being sexually harassed/raped/abused in public should figure out how to protect themselves from that kind of thing. First, there was this article about Korean police blaming women for being raped, which led to a bizarre mixture of foreign men tsking at backwoods Korean culture and sexist Korean men while the comments on every site I saw featuring the article quickly began to fill up with other Western men defending this line of thinking. At almost the exact same time, this story about a foreign teacher getting busted with a shocking amount of upskirt videos taken on public transport came out, and now that Korean men weren't involved at all, it became all about how Korean women can't expect this not to happen considering the fact that they dare to wear skirts and appear in public at the same time.
Finally, the big thing this week is this shocking, disgusting fucking bullshit video of two foreigners behaving worse than dogs. Which most people, thankfully, are outraged about. But there are still those dripply lipped hanger-onners who refuse to let go of the mindset that this is their golden opportunity to educate the female masses about stranger danger and that ol' devil's brew. This is it. This is their time to shine. They have an idea -- a notion. A revelation. They have something that all the women need to hear, and by God, they are going to make sure all the women hear it.

In every single one of these conversations that I've seen, not one single woman has been involved in the "short skirts are a no-no" bullshit condescending lecturing. In fact, not many women have bothered to get involved at all, probably because they know it's an uphill battle they won't win. A lot of men, in fact, have been stepping up to argue back, and the only women who have jumped in have all been saying the exact same thing: Stop addressing what the women did wrong in these situations. Which only results in the circling back to misandry and how saying that men shouldn't blame women for their own sexual assault is actually -- hold on to your hats -- really mean toward men. Because they deserve to have their opinions and not be interrupted with the females answering back. Because telling men they are wrong about anything is basically just reverse sexist. Men deserve to be able to explain women's lives to women without their input, because they are men. Whimper whimper.

Look, I'm going to keep this short and sweet: When you jump into a conversation about women being raped, assaulted, abused and harassed in public and the first notion that occurs to you is to dust off your little top hat, climb atop your overturned milk crate and start explaining that short skirts, drinking alcohol and being female all at the same time basically creates these scenarios, you are a fucker. You are a fucker, because you are essentially turning a situation where men have behaved lower than animals into an opportunity to talk down to women. You've scanned this situation with a judicious eye and decided that.... yeah, actually it's the women who need my expert behavioral correction in this situation.

That makes you a fucker for two reasons: 1. You assume that somehow, although men are the parties who are behaving like dogs in these situations, it is women who need to be guided. If you ask me, if I were going to do something as asinine as build a lecture for the masses out of an incident where one woman wore a skirt and one man broke the law by sticking his phone up her skirt to take a photo, I might feel more like the category that could use some fucking assistance would be the men. But not these, guys. No.

The reasoning behind this is simple: Men don't need to be lectured by other men, because men are adults who understand things. Women, on the other hand, can't understand things for themselves and they need a man to explain things to them.

So thank you. For your fucking advice. I hope it made you feel better to say it. I hope you feel like you've done your manly duty explaining the world to the women, who could put an end to all of this sexual harassment, assault and rape if only they would stop being mean and take your advice without interrupting you. After all, you've put a lot of thought into this. Maybe not as much as the women who live in this world every day, but you kind of scanned the article and made a post online about the first thing that occurred to you, and that in and of itself deserves acknowledgement and respect. The kind that a man gets for having a thought, parting his lips and letting it dribble out.

You are a fucker.

Can I have the time of my life back that I wasted reading this?