Toon by Lee Scott and words by Iwazaru

With the election of Park Won-soon, the liberal independent candidate, in the October 26 mayoral election, the debate of free lunches, free college tuition and other welfare policies have dominated policy-making discussions around Seoul and the country.

One side that has emerged lately is that the increased cost of the free lunches is taxing local governments who have to allocate larger percentages of welfare spending to the free lunches away from other programs.

Sure, welfare spending should increase given the Korean government’s relatively low social spending compared to other OECD countries.  In fact according to a recent article in The Economist, the Korean economic model is in need of some adjustment:

…total tax revenues are just 26% of GDP. Taxes are especially low on labour, a choice designed to boost work and foreign investment. But as a result, social spending is low (11%); public spending on family benefits is exceptionally low (less than a quarter of the rich-country average); and the tax-benefit system is the worst in the OECD at reducing inequality and poverty. Korea’s tax-benefit system reduces poverty by only 18% (compared with what it would have been without the benefits). Sweden’s tax-benefit system cuts its poverty rate by 80%.

Let’s hope the new welfare buzz takes into account prudence, necessity of need while trying to leave out populism and political gain. 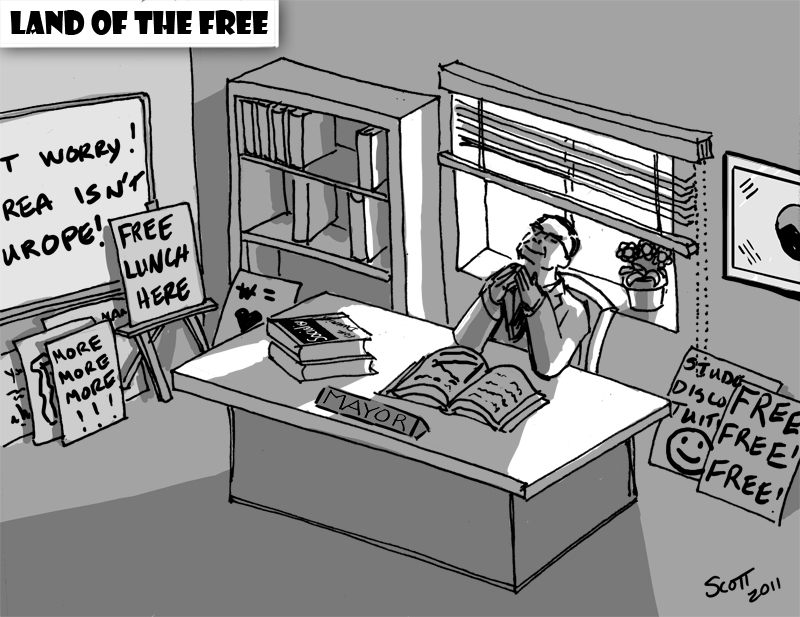 He is or has been an avid: gamer/reader/writer/designer/cartoonist/developer/hatchet-man/teacher/entrepreneur.
Note: There is a print link embedded within this post, please visit this post to print it.