This is Korean music at its best. This is music that you might be surprised comes from Korea. It is not the usual k-pop, but the energetic, experimental bands in Korea. The alternative bands, the bands you’ll hear in college clubs in the rock and roll neighborhoods of Sinchon and Hongdae. So put the headphones on, pump up the volume, and rock out to music that may surprise you! 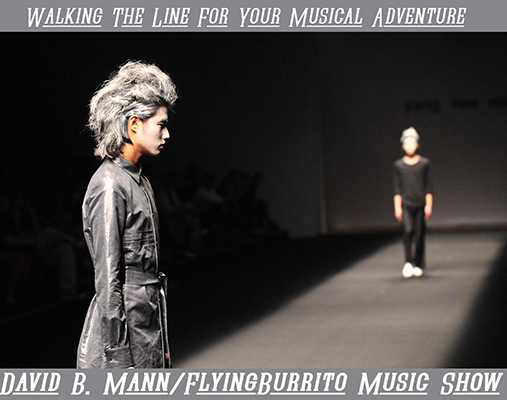 The Moonshiners  I Sit Alone All Night

The Ratios  This is Me

In October of 2006, David took a 22 hour plane trip to South Korea, a country he knew nothing about, and in all honesty, hadn’t a clue as to where it was. After settling into his new environment, David’s creativity surged as he explored the Korean peninsula, Japan, Singapore, the Philippines, and Taipei. While living in South Korea, David mounted a one-man exhibition, worked with several magazines, club promoters, newspapers, musicians, fashion designers and creative groups.

David also worked as the unit photographer for the production of Hype Nation 3D, staring Park Jaebeom, designed brochures in both English and Hangul, acted in Korean dramas and films, taught photography classes, and signed with the London based agency, PYMCA.

In the summer of 2011, David returned once again to the Dallas area, to tie all of these experiences together into the global network that is the foundation of FlyingBurrito Photography, and the FlyingBurrito Music Show. While building his photography career in Dallas, David has also been working as a stagehand with both IATSE Local 127 and IATSE Local 126. David has also been appointed the Creative Director of King of fame Talent Management, using this position to work with musicians both locally and internationally.