Skip to main content
I spent the weekend up in Seoul, sleeping on Scotty Soul and Saul Goode’s couch. It’s Sunday, the morning after a great Part Time Cooks album release party. I sit down in Smash Palace with Scotty Soul (music producer from Durban, South Africa) and a portable audio recorder, we crack a couple tasty beverages and tell some great stories or triumph and regret. Lots of stories about growing up, dealing with cops, Scotty tells us a touching story about his skater days, and times that he turned up a little too much.   Scotty shares a few songs in the beginning and end of the pod, and we also play “Light It” from the Part Time Cook’s latest EP, produced by Scotty himself.  Saul Goode is also with us for the beginning of the show, but he had to leave because bald is life or something.  It’s a friggin’ good time. If you enjoy the show, subscribe on iTunes, or whatever app you use for podcasting - and if you really wanna do something meaningful, leave a kind review on iTunes. That'd be super nice.
—
Nothing's Really Real Podcast:  Soundcloud    Stitcher    iTunes
Koreabridge.net/NothingsReallyReal 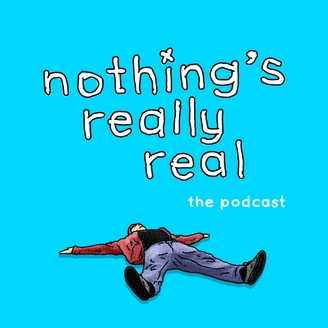