If you’ve ever been to Korea as an adult, either as a student or as a worker, you probably noticed right away how much Koreans drink. In fact, it’s been statistically proven that Koreans drink the most hard alcohol in the world – even more than Russians!

You might have also noticed how difficult it seems to escape from meetings involving drinking, even if you’re not into it yourself. Almost every time you meet a new person, or even an old friend, someone will likely suggest a round of drinks. The impression you get is that it’s an important part of Korean culture, and that especially soju is liked by many Koreans, but you’re probably wondering how the Korean drinking culture came to be this way. You might still be curious of all the rules that have to do with it, such as never leaving a glass empty. With this post we would like to explain to you why the drinking culture in Korea is the way it is.

Koreans believe drinking helps to get closer to others

One big reason why the drinking culture in Korea is so heavy is because it opens people up. Even the shyest man becomes more talkative after a few glasses of soju, and thus, if someone new suggests to go out for drinks with you, it’s because they want to break the ice faster and get to know you better. Not only that, but Koreans think that by having some drinks together, one can build a stronger friendship with the other person. This seems to apply to both interpersonal social relationships as well as work relationships.

The alcohol is incredibly accessible 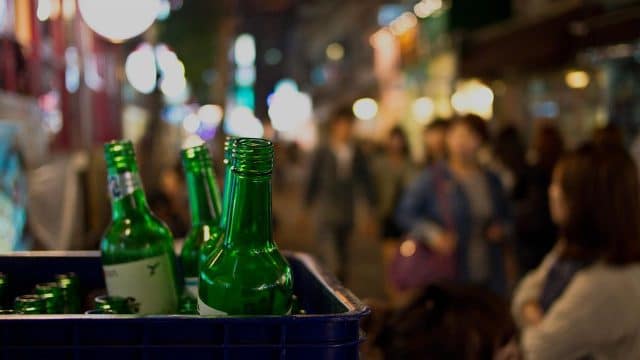 While Korea is getting stricter at checking IDs at bars and convenience stores before young looking people can buy themselves a bottle of soju or something else, the alcohol is of easy access to anyone possessing such an ID. If you go to your nearest convenience store, you can get a soju bottle for 1,500won at most – that’s cheaper than bottled water in many Western countries! Not only that, but Korea lacks any rules when it comes to selling hard liquor! This means that any supermarket or convenience store you go to you can find hard liquor, from soju to tequila, in all of them, day or night.

Drinking is a part of working culture

It might not be normal at most companies to drink during working hours, but it is common to have work dinners together with your co-workers every once in a while. And you might have already guessed it that soju or other kinds of alcohol are a big part of these work dinners. There are several reasons why these work dinners happen, the most important one being the bonding opportunity with colleagues and bosses, and it’s frowned upon not to attend.

Since the invention of Korean alcohol several hundred years ago, Koreans have had the habit of consuming alcohol when celebrating important holidays. During those times, and still today, this took place during a ritual to show respect to ancestors. The reason for drinking was quite different then from what it is now, but alcohol has always been important to Koreans.

Hierarchy says you can’t say no 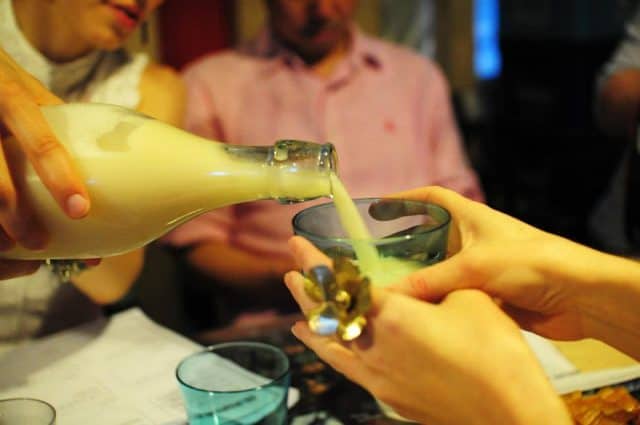 It’s also the norm that if your elder offers you a glass, or ten, of soju, you should accept every single one of them as a sign of respect. The fact that they are even inviting you out for a drink should be seen as a great compliment towards you. This naturally adds to the amount of alcohol consumed in Korea as especially the older people like to end their days (or start their days) with some liquor burning down their throats. There’s plenty of other etiquette that comes with drinking with your elders: you should always hold the bottle with both hands as you pour and accept your drink with both hands; you should never pour your own drink; and you should turn your head away from the elders as you take the shot.

Frankly speaking, saying no to a drink in general is deemed as rude. There are exceptions to that rule, such as being pregnant or having a disease that won’t allow you to drink or religion in case of foreigners, but all the other excuses will likely come across as party pooping. Just accept your drink and find an alternative way of getting rid of it, whatever that may be. Perhaps the soup?

Living in Korea can be stressful

And in order to decrease that level of stress, whether it’s due to family or a relationship or work, Koreans like to get together at the end of the day over drinks to air it out. It’s perhaps a familiar situation to all of us that it gets easier to talk about what is bothering one’s mind when there’s some alcohol involved to loosen the situation. This is also seen as a bonding experience with the fellow drinkers.

There’s no worry about getting a hangover 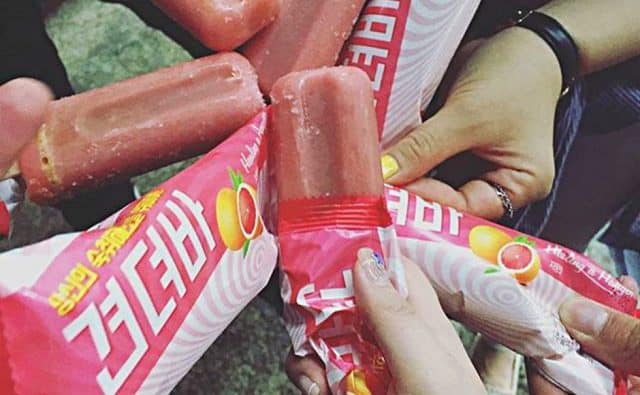 Korea has bulked up on so many different hangover cures – from drinks consumed prior to your first glass of soju, to grapefruit ice cream (wait, what?!) to specific kind of a soup to eat the morning after – that it’s difficult to consider the possible consequences of drinking. And, hey, is that so bad? It’s better than staying in bed all day feeling like your head will explode every time you sneeze!

It’s best to practice moderation when it comes to drinking, even while you’re in Korea, but it could be a fun experience to go out with the locals for a crazy night of soju just once! Just keep the hangover cures in mind!