Dreams do come true! Thanks to my Korean teacher, our family had the pleasure of visiting the Myeongjae Old Mansion in Nonsan. This is the mansion of a Korean scholar who lived from 1629 ~ 1714AD. This mansion was built by his students as a gift to the humble professor who believed in equal rights to all people when there was a marked difference in the life of the common people and the educated officials in Korea. I have always wanted to try to stay in a traditional Korean hanok, understanding the construction, experiencing the culture and enjoying the environment. I was looking into the hanoks at Bukchon in Seoul when this irresistible offer came by! Here, I had an opportunity to experience an authentic 300 year old mansion, for a night, enjoy a traditional tea ceremony in the outdoors next to the ginseng plantation overlooking the mansion itself and the kimchi pots and get a guided tour about the various aspects of the construction of the hanok itself and the philosophies of the scholar it belonged too. It was a dream come true!

We were taken to the Myeongjae mansion along with a camera crew who interviewed us about our experiences at the mansion. It was quite an experience! We were taken to Nonsan by KTX from Yongsan station and we took the taxi for a 10 minute ride to the mansion, all the while being clicked :) I felt like a princess ;) 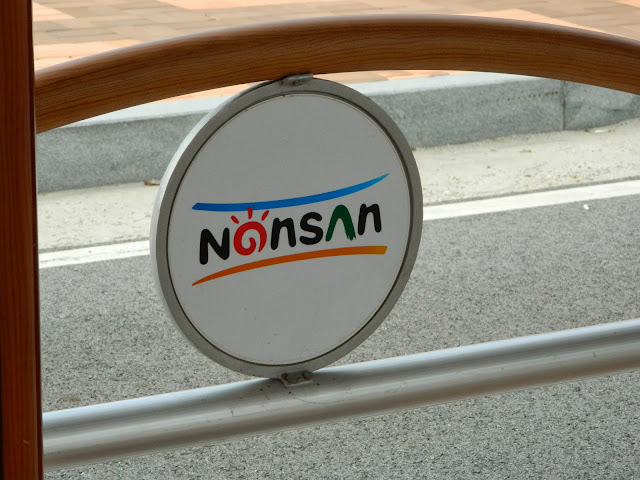 We were greeted with quite a view right when we get off the taxi. Beautiful setting of the mansion- with the mountain behind and an artificial pond in the front of the house- was typical of the traditional Korean houses. But this mansion did not have a boundary wall surrounding it like a typical Korean official's house would have. It was done as a sign to welcome all visitors, in accordance to the scholar's philosophy. 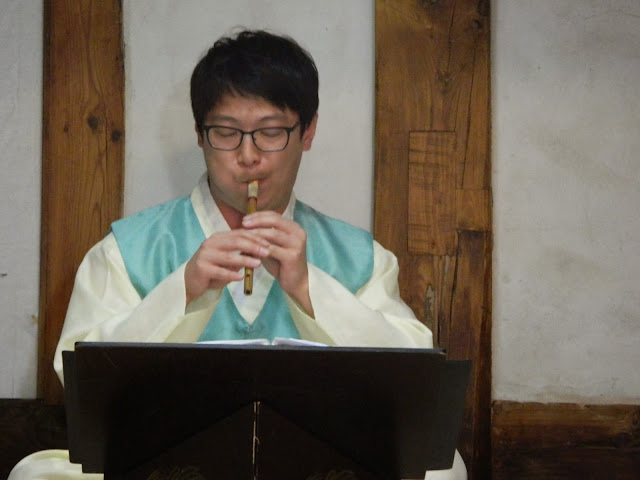 The Myeongjae mansion was built with a lot of interesting ideas which included a low chimney- according to the philosophy of the scholar- that poor people should not see the smoke from the other person's chimney when they could not afford a proper meal.

There were many people visiting the mansion while we were there, including the mayor of Nonsan! It was quite an experience to see the professionals at work!