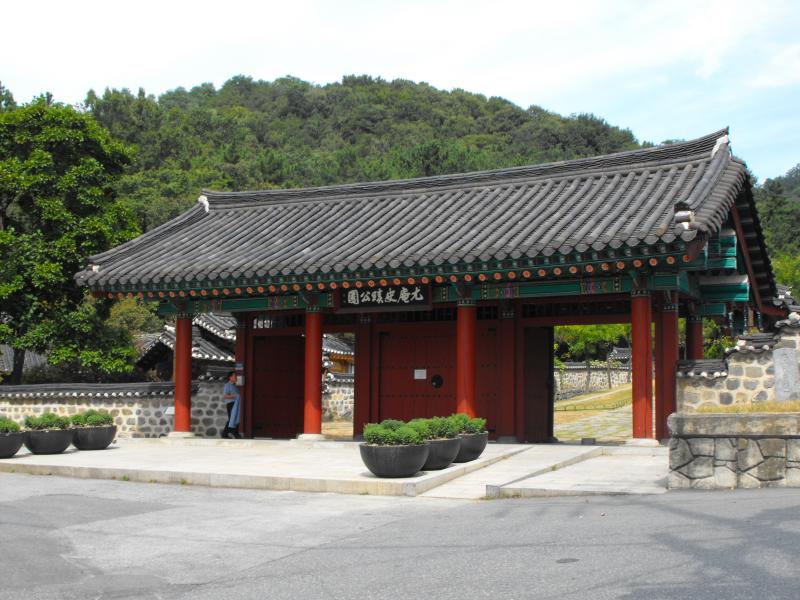 Uam Historical Park (우암사적공원) celebrates the life and teachings of Uam Song Si-yeol (1607-1689). A Joseon Dynasty scholar in Taoism, he also served with the government with the Minister of General Management and later the Prime Minister. He's credited with being one of the greatest scholars during the Joseon Dynasty. Although the signs at the site give some interesting information about the man, this website tells us that Song was exiled to Bogildo (an island in the South Sea) "since he aroused the king's anger with the crown prince's accession problem." 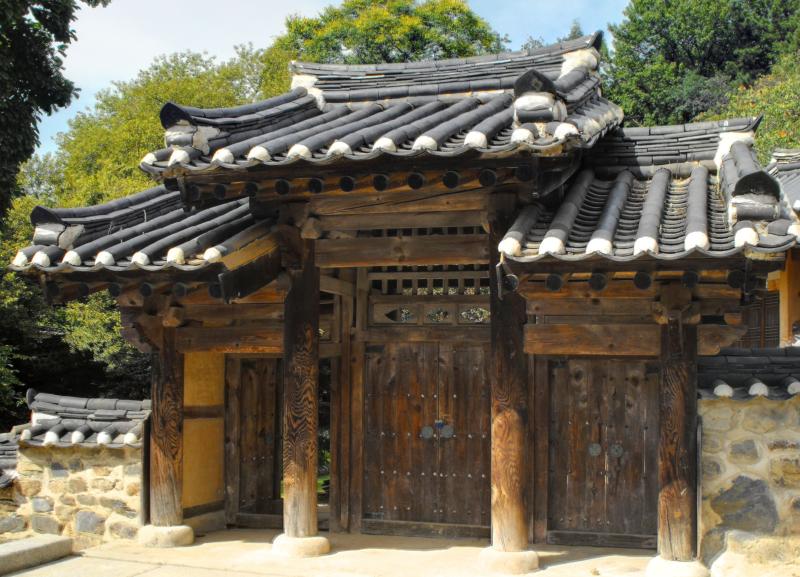 Just left of the entrance is the front gate to a part of the building walled off from the rest of the area. Naturally, this deserves a closer look. 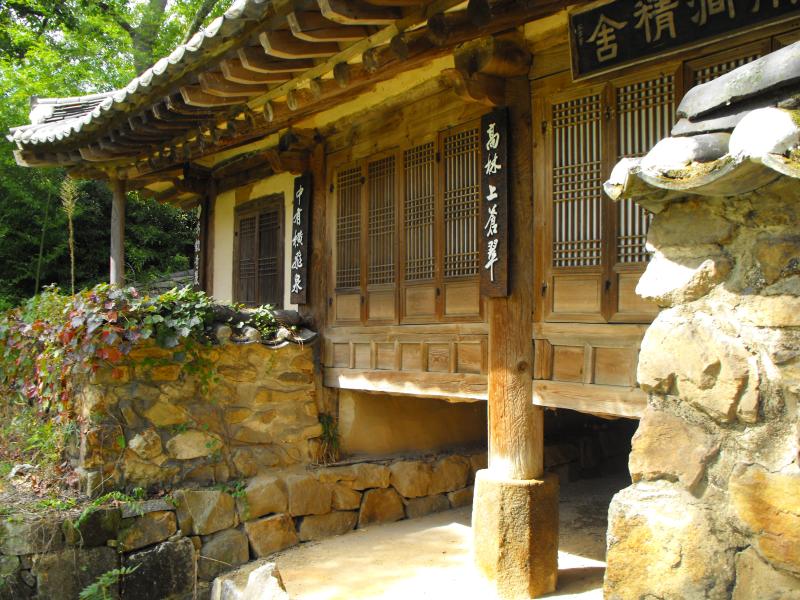 Called 남간정사 (Namganjeongsa), or a house of education, this is where Uam Song Si-yeol educated his followers. Underneath the house flows a stream that starts from the valley behind the house to the pond in the front yard.

Cross the stream and pass by an office building (not pictured), stopping by the 장판각 (jangpangak), or the building holding the 송자대전판(songjadaejeonpan), or wooden printing blocks.

The only way to see these sights is through a door-sized opening with metal bars preventing anyone from entering: 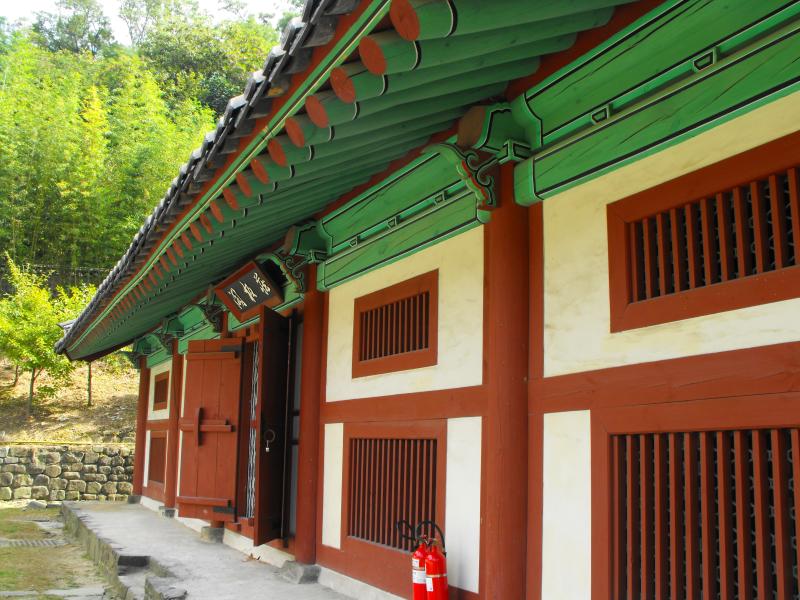 Song's collection of literature and a biography of his life was first published in 1717, and again using wooden printing blocks in 1787. These blocks burned in a fire in 1907, but were restored by his descendants and academic followers in 1929. Since you can't see the blocks individually, you're left by seeing the entire collection: 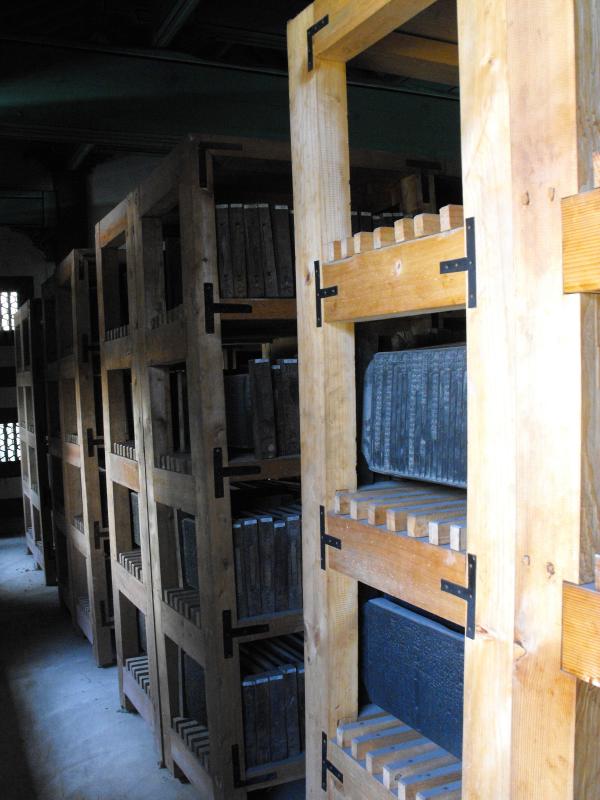 Hhis writings are visible at a small museum on the site (not pictured). The explanations and translations only translate things to modern-day Korean; no English is available. A few items of object include a fur coat and a history of the man's life that continues with his legacy after his death (again, all in Korean). 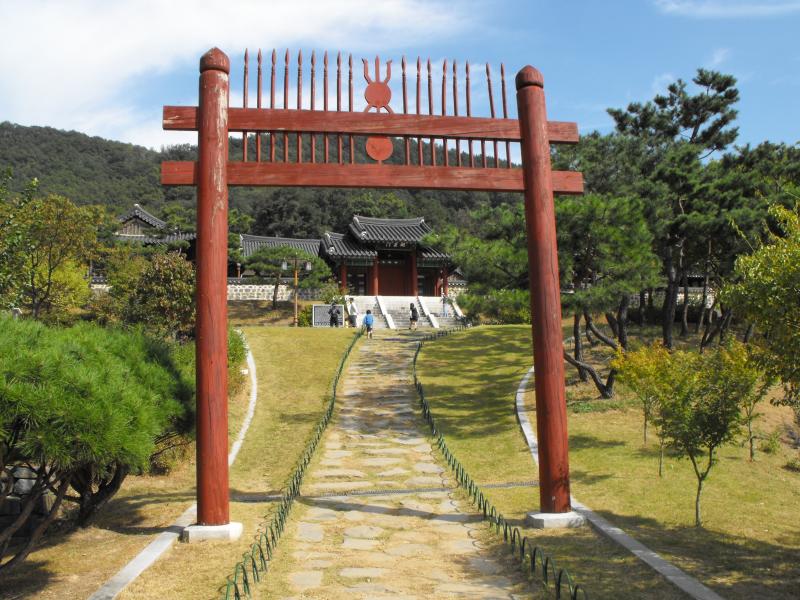 The entrance to the shrine itself - interesting that no sam-taeguk (the three-color swirl variation of the yin and yang) appears here. 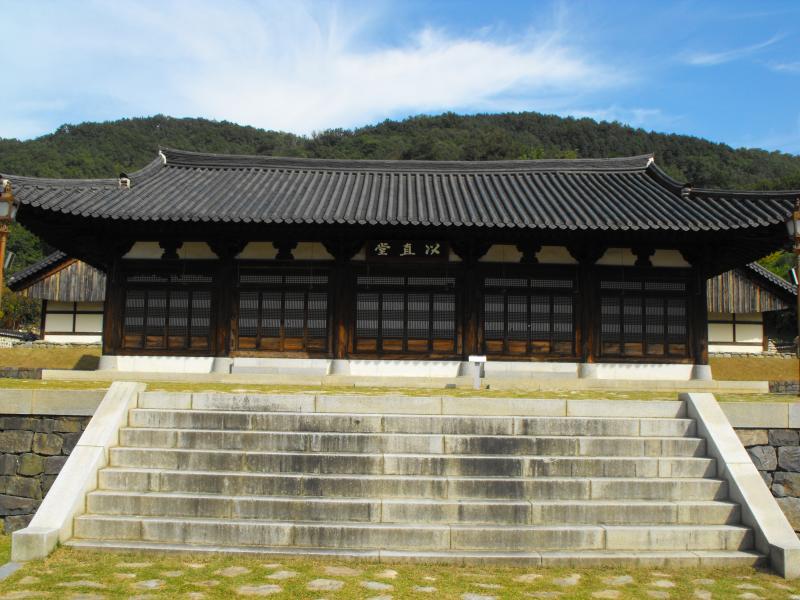 The building in the center of four other buildings is named 이직당 (ijikdang). While not open to see inside and the only sign is in Korean, my guess is that this building was one that held ceremonies when Song was enshrined here. 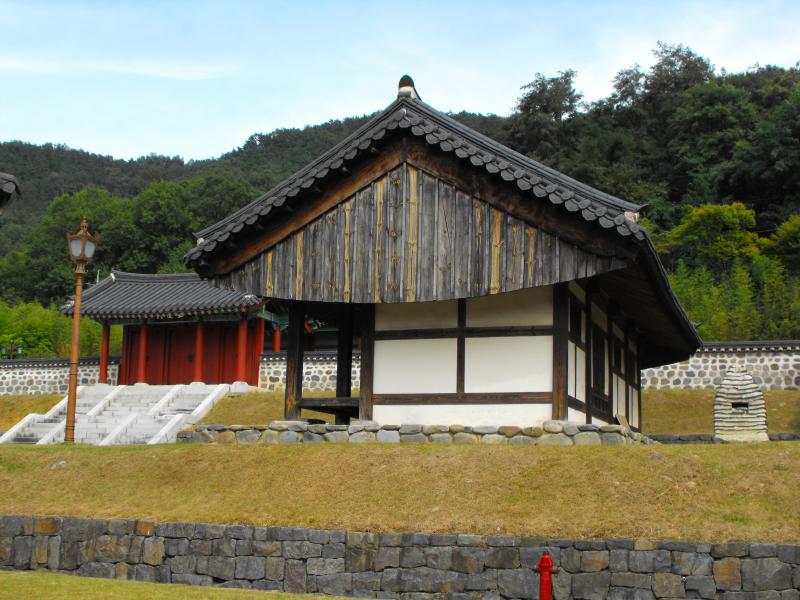 The entrance to the shrine (남간사) is right behind that red door - unfortunately it appears to be closed to visitors. One of the four corner buildings (named 삼결재) isn't too far from the gate. 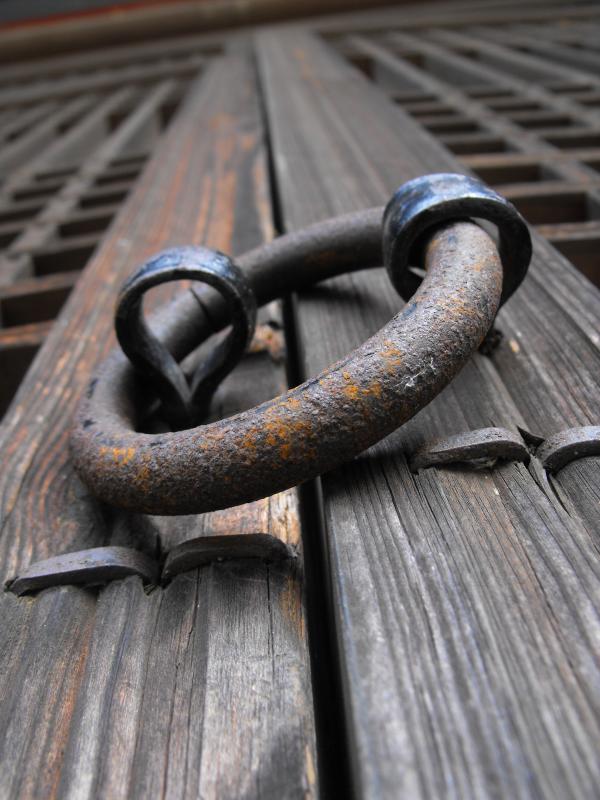 I love getting fancy with the camera. 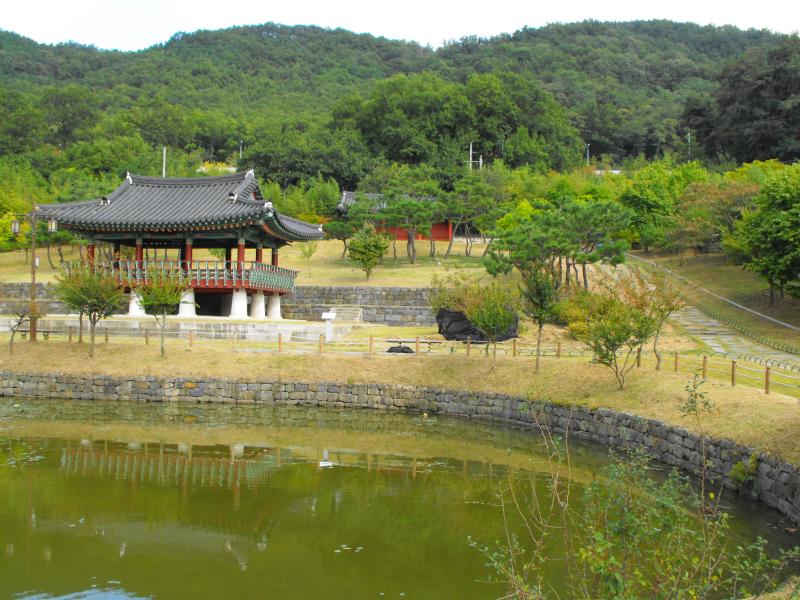 Now outside of the shrine, a resting area (a building called 덕포루, or deokporu) beckons visitors to rest while looking out at the pond. Not a bad way to finish the day. In the background is a back gate, which led to a very rural looking area. We heard a Buddhist monk chanting at a nearby temple, which could easily be heard across half the park.

Although somewhat off the beaten path in Daejeon, Uam Historical Park offers peace, quiet, and a sense of appreciation for one man's teaching and service. I wish there were more English, but If you're planning a trip to Daejeon, make this a place to stop for the afternoon.

(Note: buses in Daejeon are confusing - pay close attention to the directions below to avoid getting turned around)

Directions to Uam Historical Park: From Daejeon train or subway station, take exit 1 to street level. Walk 200 meters to the light, cross the street, then turn left. Look for the 2nd bus stop and wait for bus 311. Pay 1,000 won for the bus ride, then go 9 stops. Once you get off, walk uphill for about 250 meters to the front gate. Free admission; open 5am to 9pm March to October and 6am to 8pm November to February.