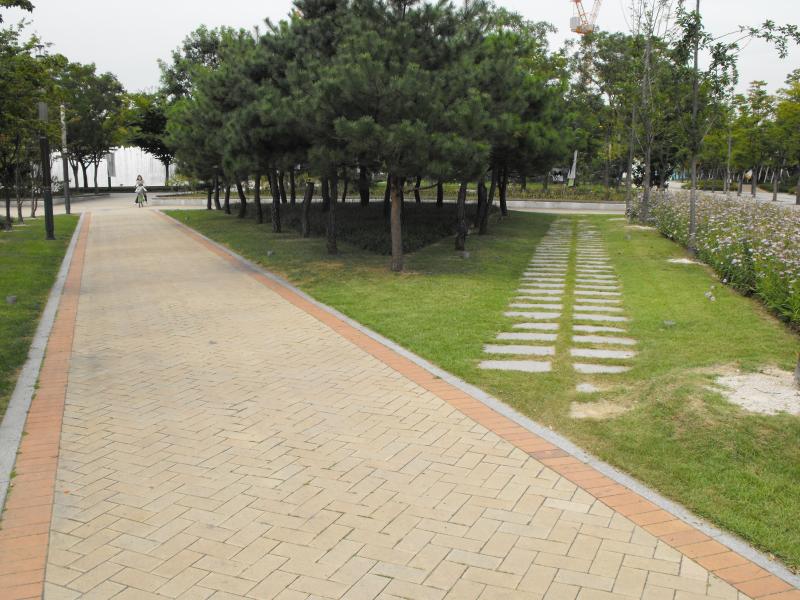 My trip here last year was during the Seoul Drum Festival, and as such my attention was mostly diverted from the park itself. Created on 350,000 pyeong (286 acres, 1.15 million square meters), it requires a full day to truly see and enjoy the park. One website with a review of the area suggests this is to Seoul what Central Park is to New York; I don't disagree, but think Namsan Park offers a more central location. 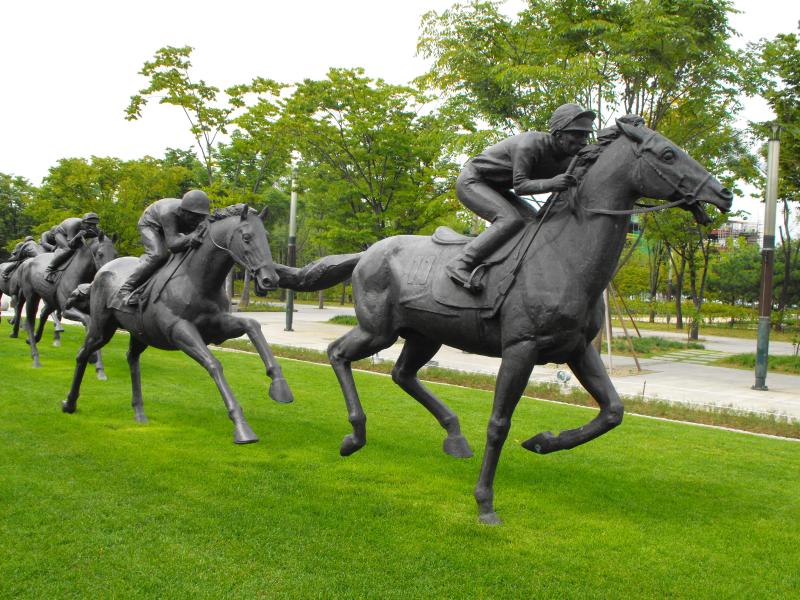 And yes, it's a park, not a forest. Despite what the name might suggest, this area has been created rather recently (June 2005), and as such is not yet anywhere near a 'forest' level of trees. The horses racing statues throw me for a loop, though, as it looks very similar to something from my former hometown in Kentucky.

The Seoul Design Center is in the park, offering a view of the future much like the one in Seonyudo Park: 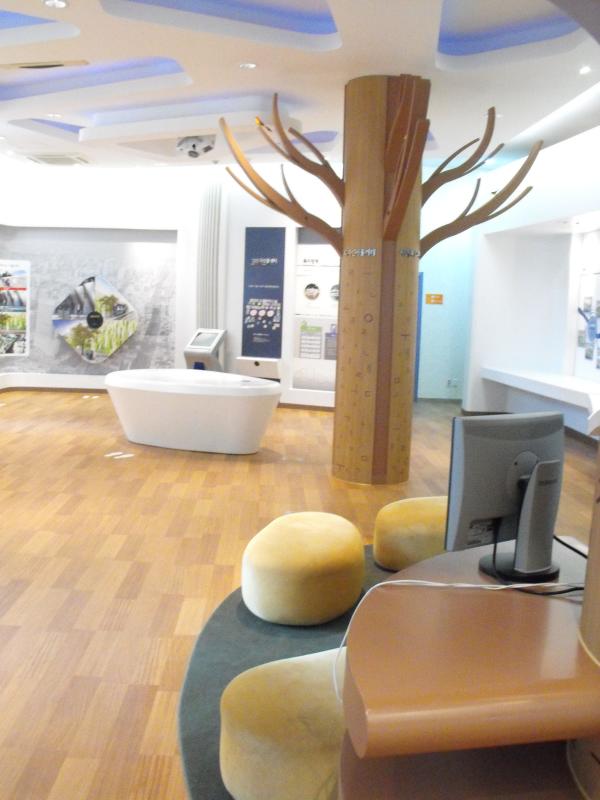 Because all design rooms should have fake trees with hangeul letters, computers, and looped videos of design schemes to watch. Don't forget about the hardwood flooring... 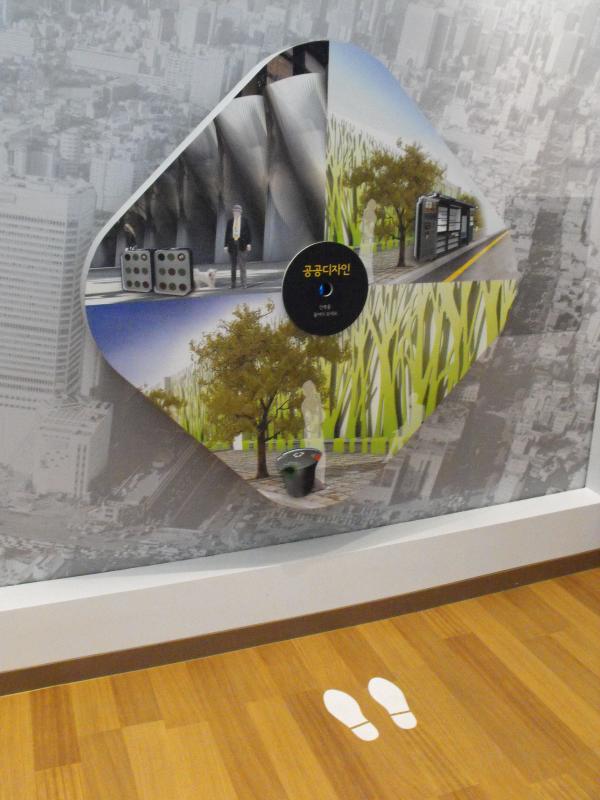 An example of one 'video' - stand in the right place and look through the hole to see. While at a good height for people in wheelchairs and most kids, the average adult has to stoop or try their knees out to see inside.

While not a place to see the reality of plans, it's still an interesting endeavour towards promotion. After leaving, I rented a bike (3,000 won / hour; bring an ID to leave as a deposit) and headed off. A nearby sign (not pictured) suggested one of two courses to follow; a map picked up from the aforementioned Design Center suggested some more. 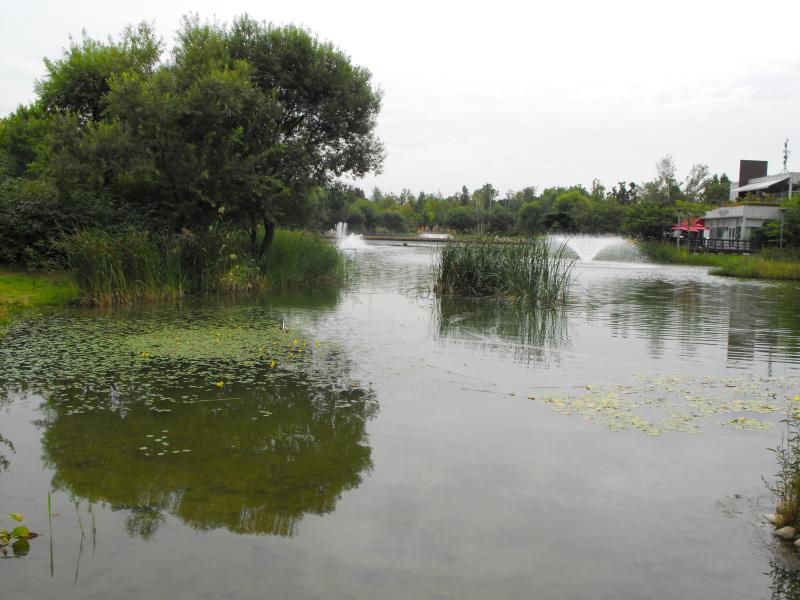 The natural reservoir - possibly the only part of the park that hasn't been completely changed. There are plenty of places to picnic along the reservoir, and yes - plenty of trees as well. 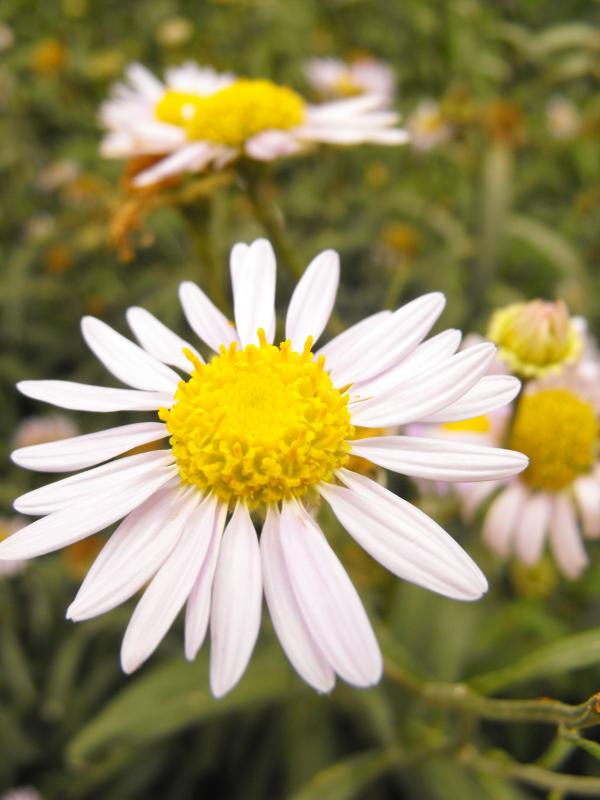 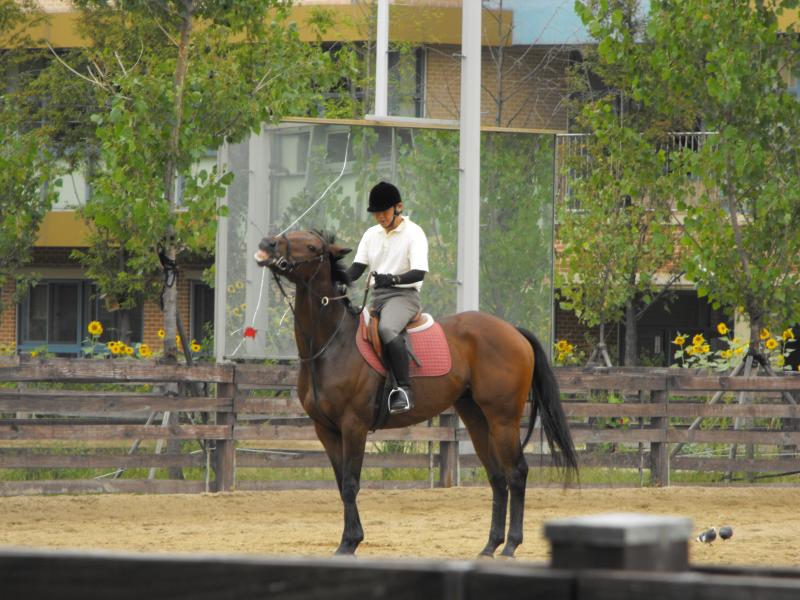 Horses?! In Seoul? That aren't attached to a carriage? Wow. 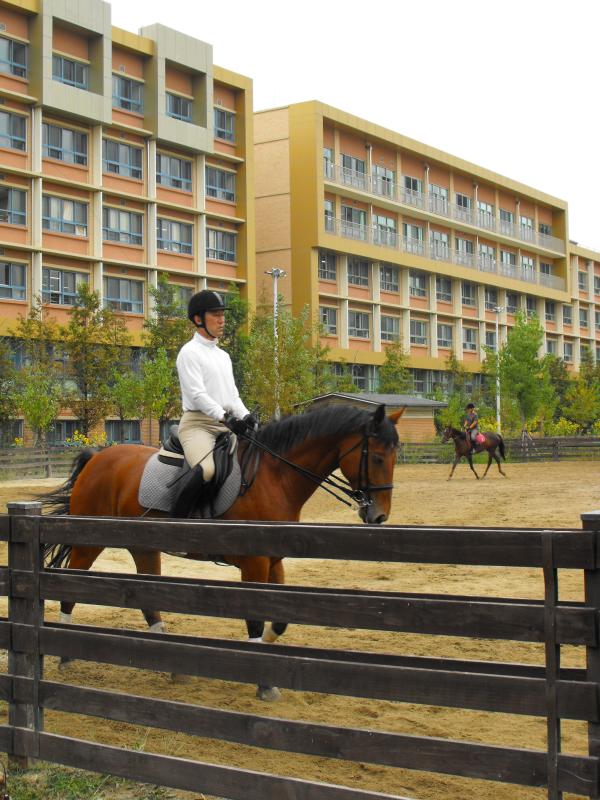 Several areas of dirt offered presumably offered people the chance to practice riding horses. In one square a couple horses seemed to be on a short rope, while in the two above the riders seemed to be more experienced. I didn't see anything about taking riding lessons; if that interests you, stop by with a Korean friend and see what you can find out. 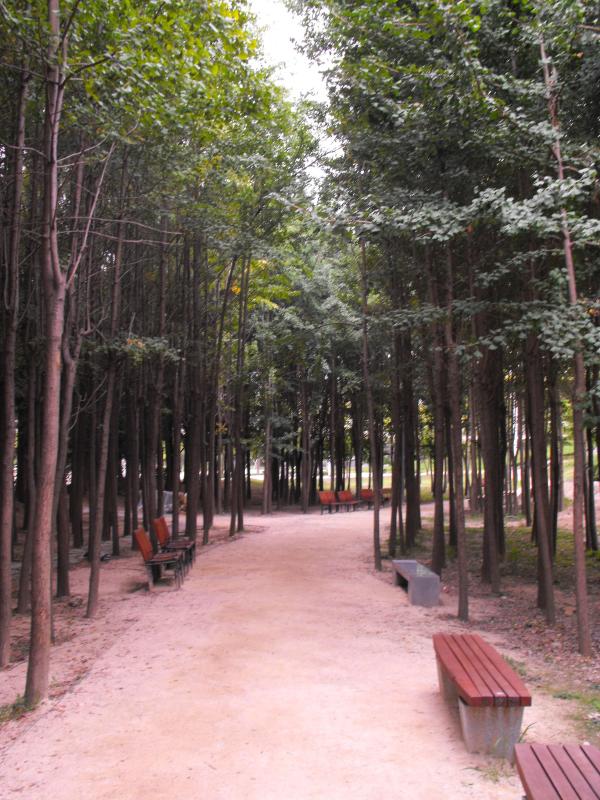 Aha! Here we are - finally an area of Seoul Forest that looks like a forest. Those trees are awfully close together though... And so perfectly laid out in a grid. 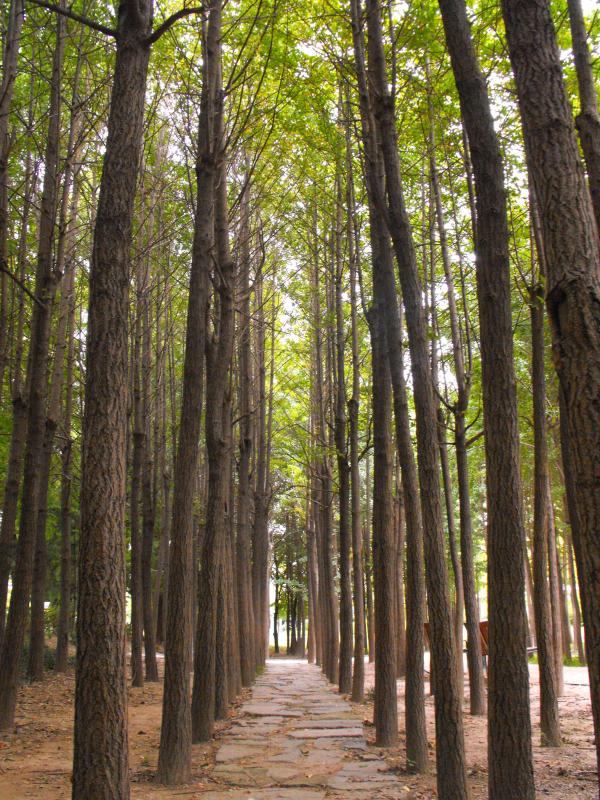 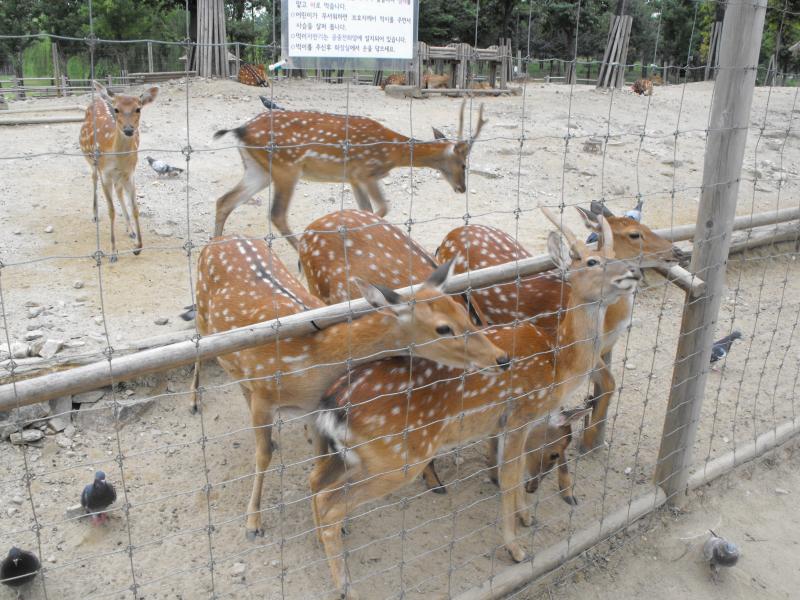 Entering the Ecological Forest - and an opportunity to pet or feed several deer. They had to compete with the pigeons, which spooked the deer on more than one occasion. 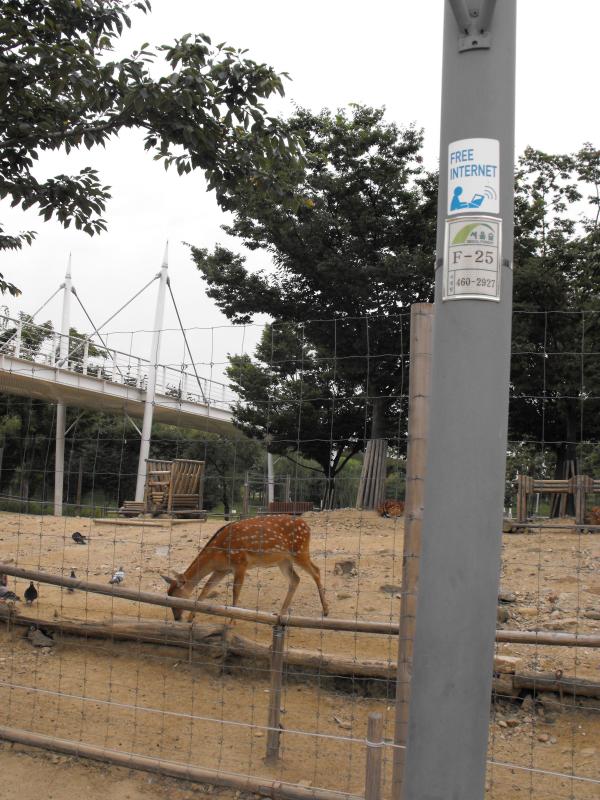 Something about this picture does not compute. 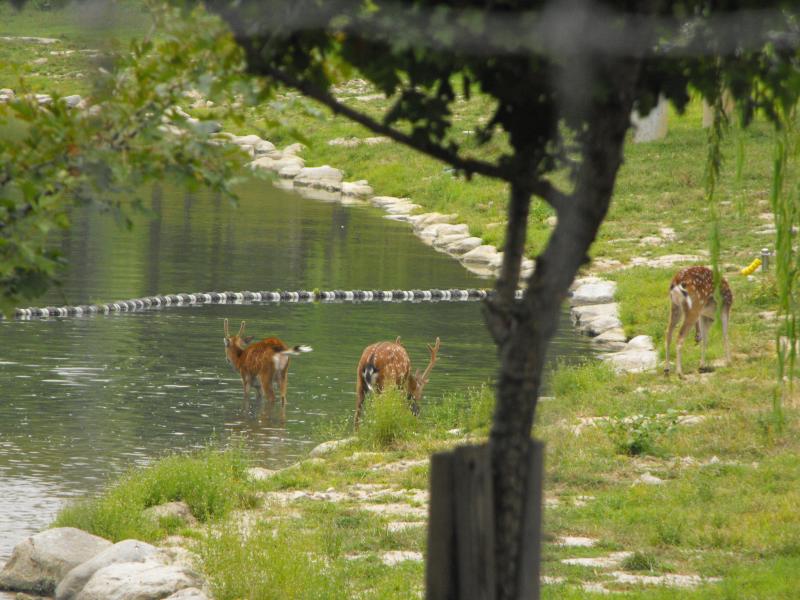 The Ecological Park is essentially off-limits to those of us walking on two legs. There are supposed to be roe deer, elk, mandarin duck, and mallard ducks inside, though I only saw the deer. There's plenty of places to observe the animals through the metal fence, but near the gates were the best places. 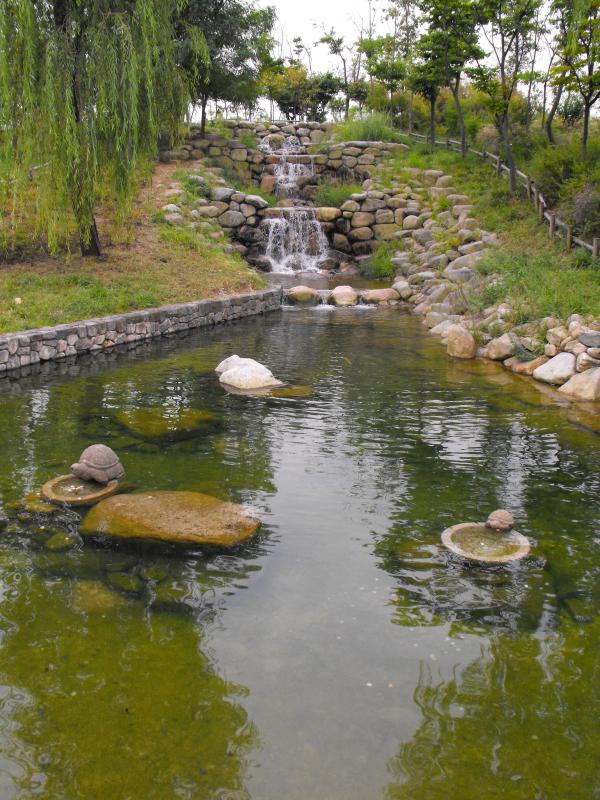 Almost time to get the bike back, but this waterfall was interesting. Try throwing a coin into the bowls near the turtles - the one on the left was more popular because the land curved around slightly, making it a little closer. 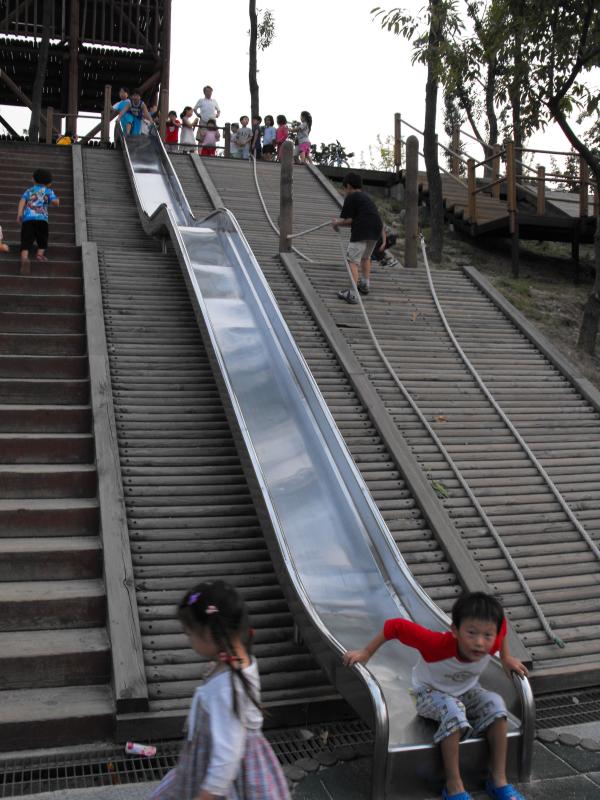 Just one area of a large park more suitable for the children. Some adults had to get in on the action as well: 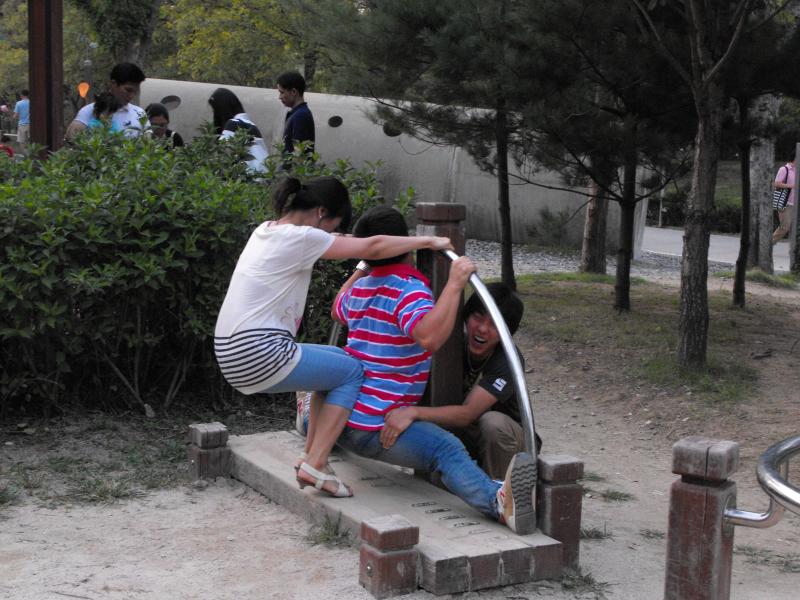 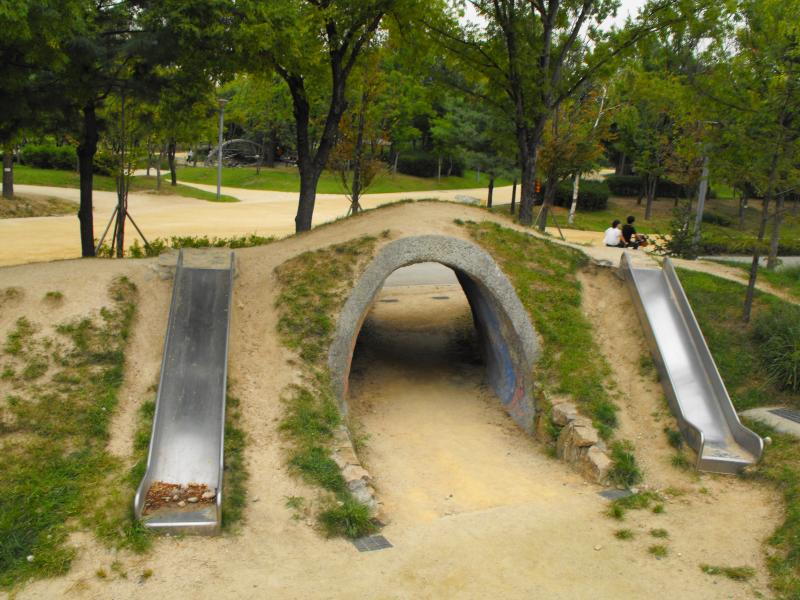 Something different - a park especially for those in wheelchairs or physically disabled. Come through the brightly-painted tunnel, go up the dirt ramp just off-picture to the left, then slide down the stairs. A very nice touch. 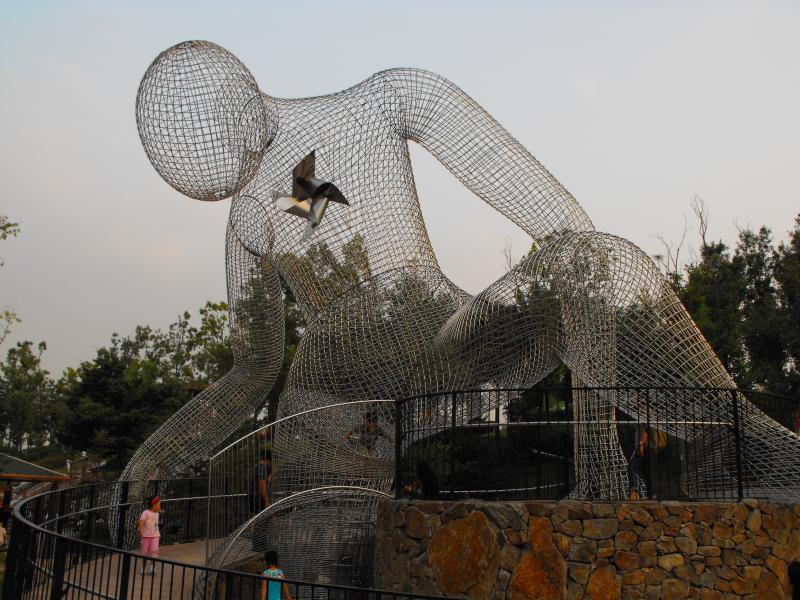 Behind me as I shoot the slides is this rather interesting creature. The wire is solid, enabling kids to climb the figure from the inside. If you're confined to a wheelchair you can join your able-bodied friends via the ramp. For us more... adventurous... climbers, a metal ceiling smartly prevents one from climbing above the figure's waist. 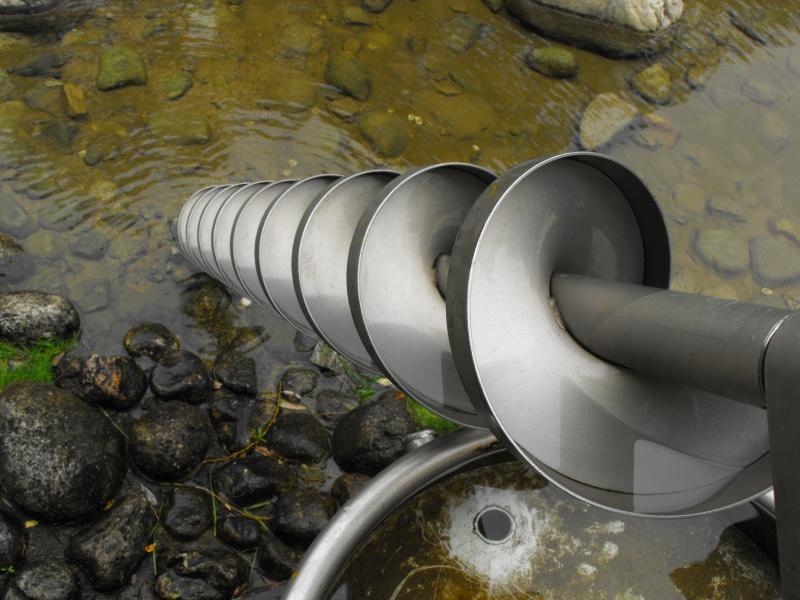 A water crank - turn the handle (just off-picture to the right) and watch the water spin up into the bucket by your feet. 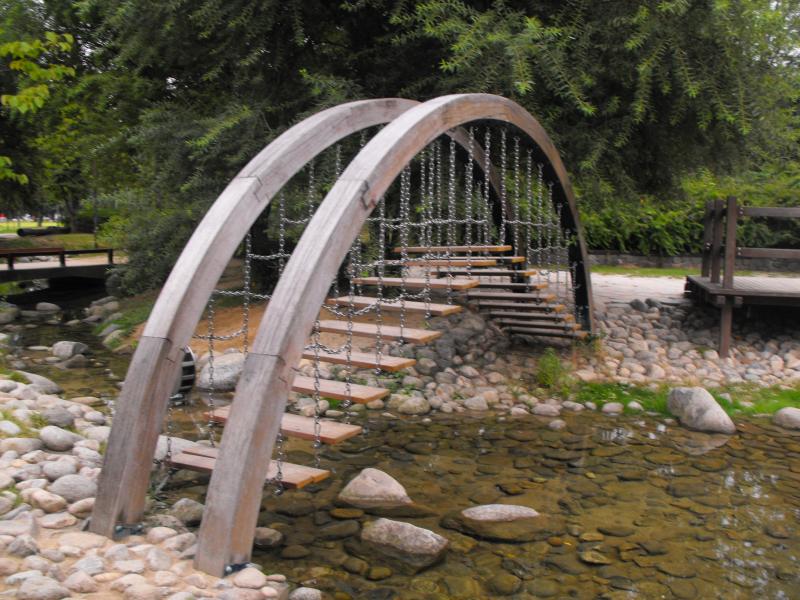 A well-built wobbly bridge. Walking across this thing - even while sober - is very difficult without holding onto the sides. 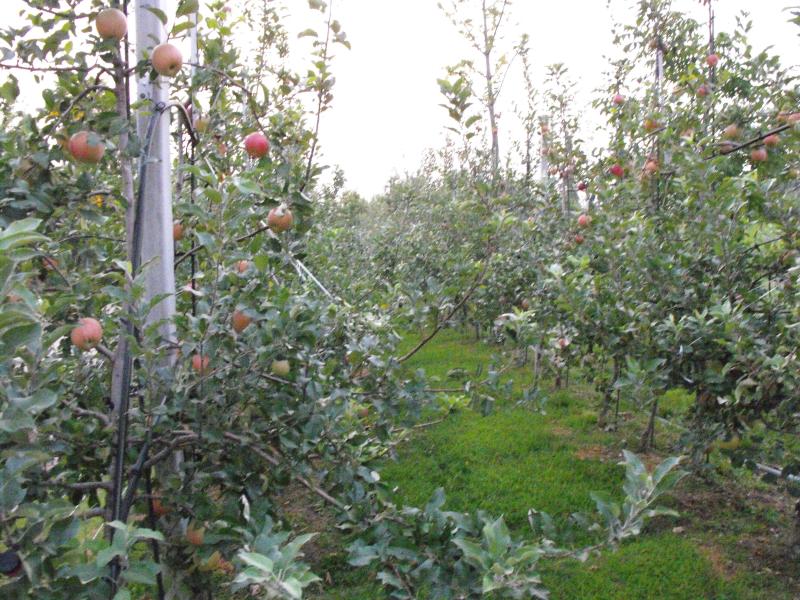 Apple trees? Suuuurre, why not? Nominated as the place to go if zombies attack Seoul and all the grocery stores closed. 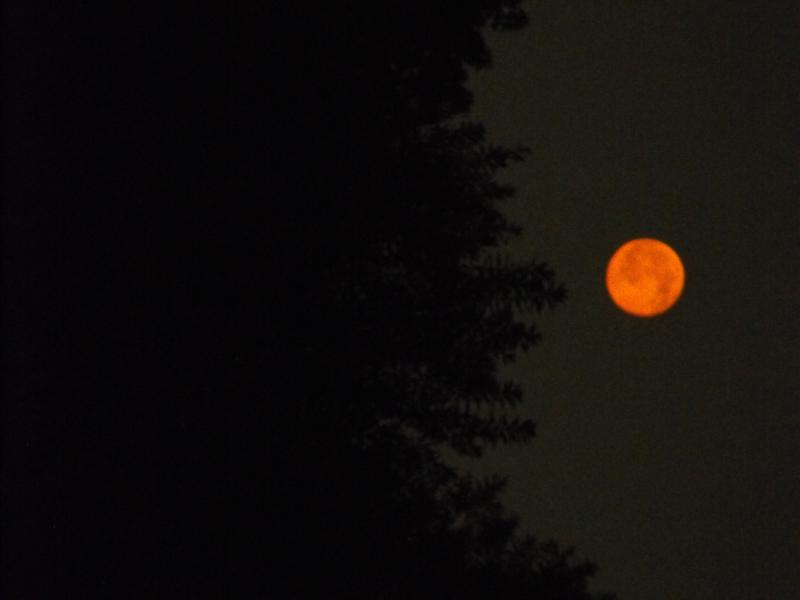 After a full day's worth of walking, encountering animals, and sightseeing, a dusty red moon seems like the best way to call it a night. At this point, begin making your way back home - there isn't much in terms of non-natural light to be found. While nice for seeing stars, not being able to see where you're going produces a different kind of stars.

Seoul Forest is highly worth the visit for the open space, the variety of park, hiking, and many other activities (not pictured this time around was a skating park, along with many sporting facilities for the public). While the park is open 24 hours, after sunset is essentially a time to enjoy the dark thanks to few non-natural lights.

Ratings: (out of 5 taeguk symbols)

Directions to Seoul Forest: take line 2 of the Seoul subway system to the Ttukseom station. Take line 8 to street level, then walk to the intersection, cross the road, and turn left. Keep walking straight for 350-400 meters before turning right near some construction. Approaching from line 7's Ttukseom Resort station is also possible, and buses 2014, 2224, 2412, 2413 stop right in front of Seoul Forest.