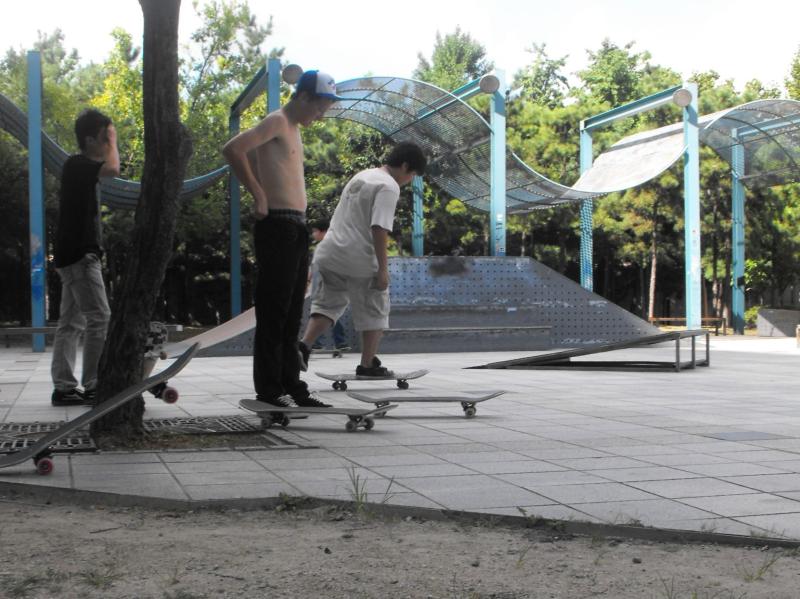 Just a quick afternoon trip to a new place while passing through a part of downtown I hadn't been to before. While probably well-known to the trick skateboarders and rollerbladers, it's not someplace that makes a lot of tourist publications (though the local maps on the street do show it). 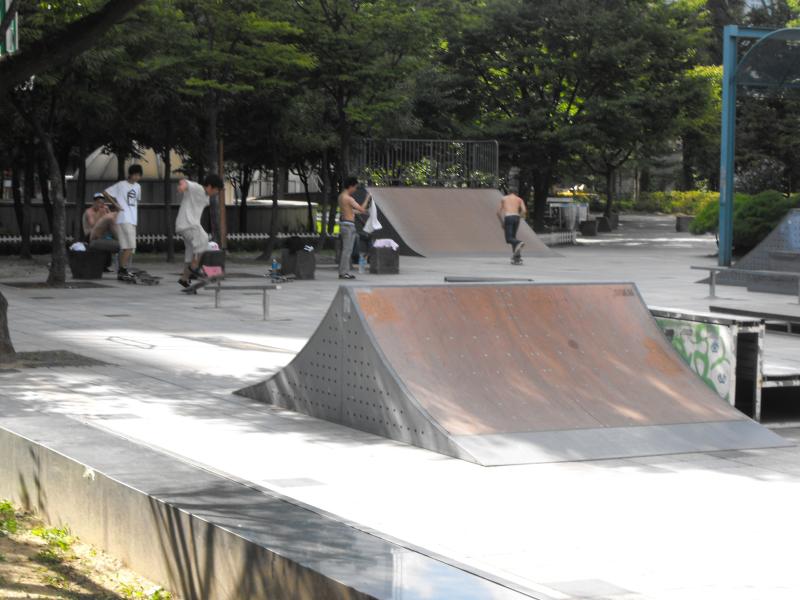 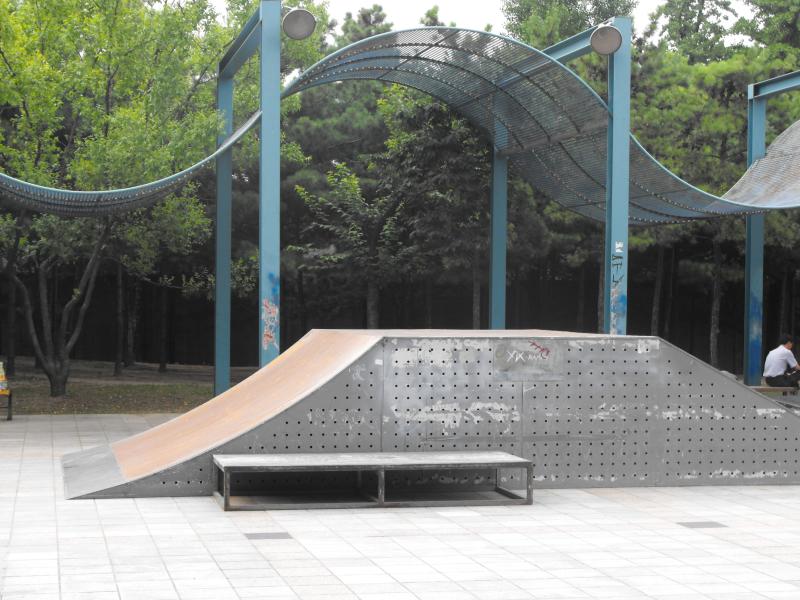 The ramps didn't appear to be locked in place, but moving them around would presumably require some effort. 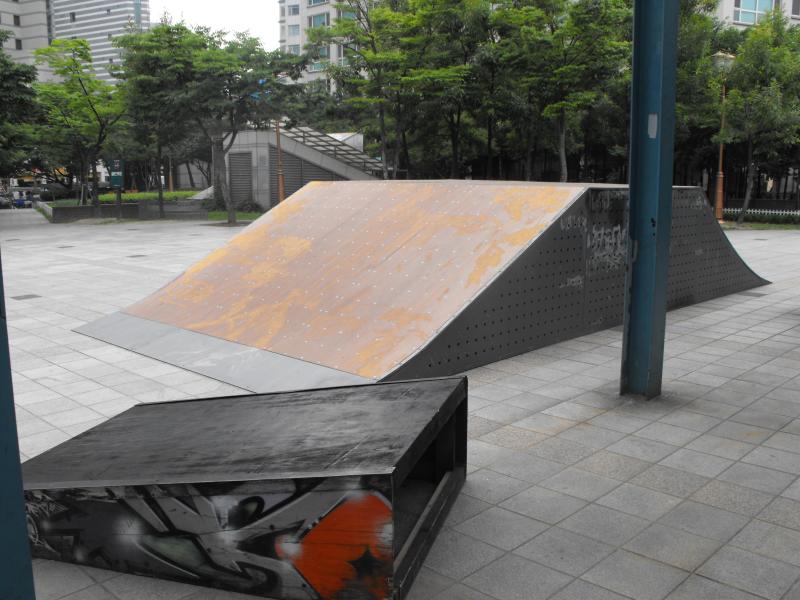 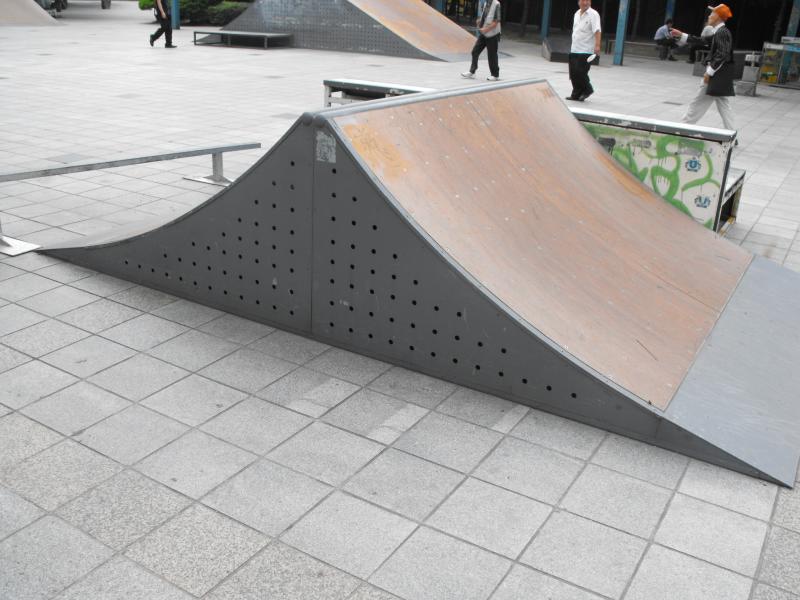 Since most of the guys looked to be the tougher kind - and since I'd rather not take pictures of people that don't want their pictures taken - most pictures are of the scenery. 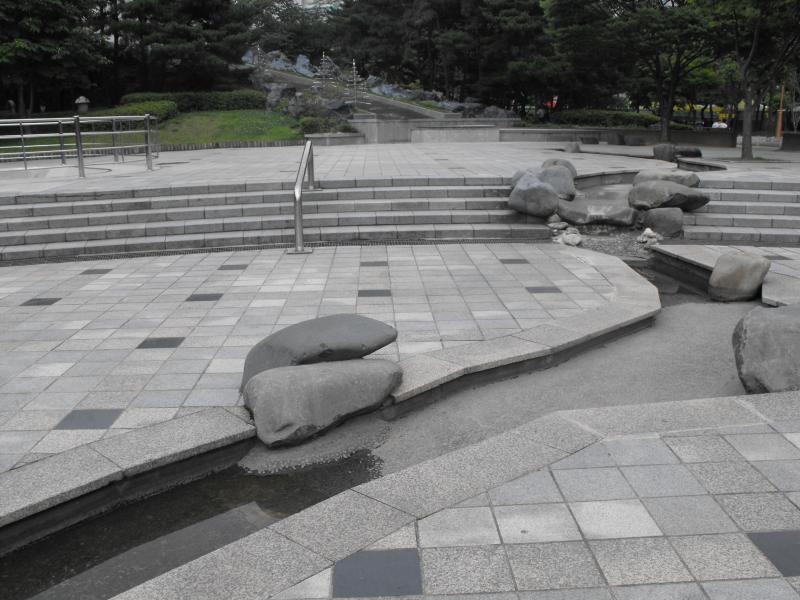 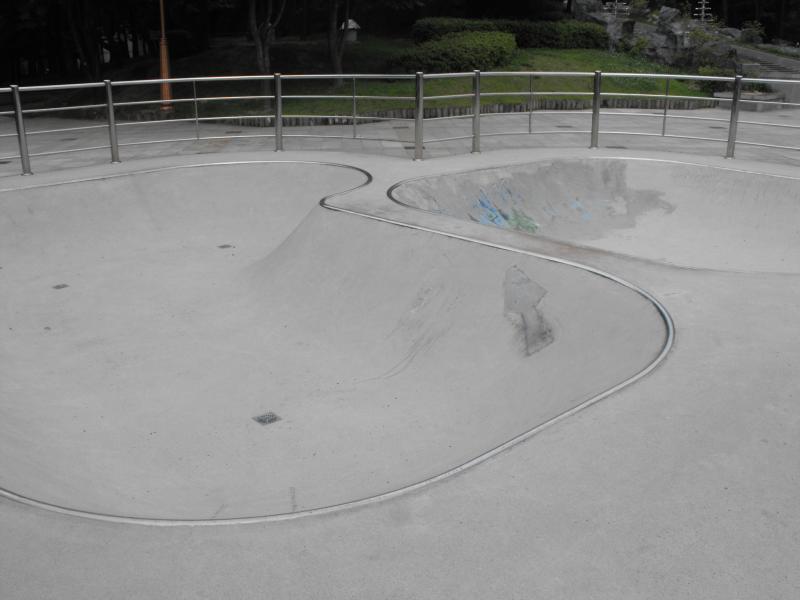 Definitely worth checking out if you're into skateboards / rollerblading, whether you enjoy watching or doing the tricks.