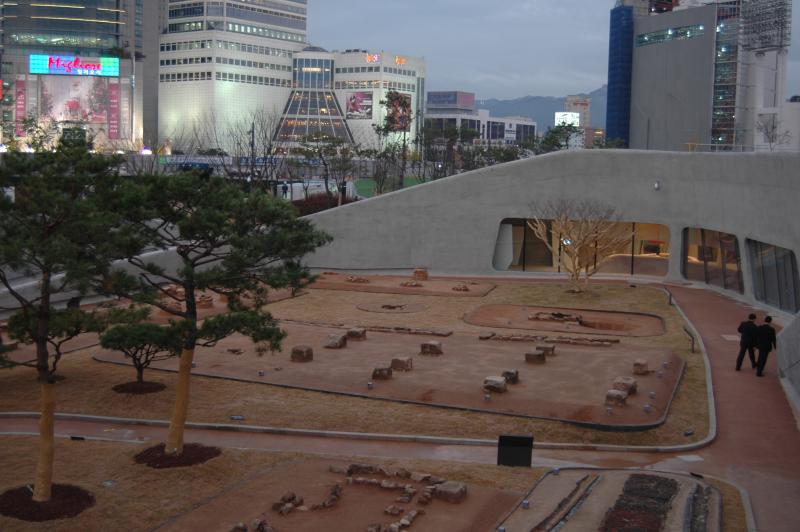 Although the larger part of the Dongdaemun Design Plaza won't open until 2011, the nearby Dongdaemun Culture and History Park recently opened in late October. Still hidden from the crowded Dongdaemun street, this newly completed area impresses with attention to detail.

Across the street from Migliore, Hello apm, Doota, and hidden behind a still-under-construction Dongdaemun Design Plaza, there’s little indication of anything being finished. It’s here that the Dongdaemun History and Culture Park has recently been opened. 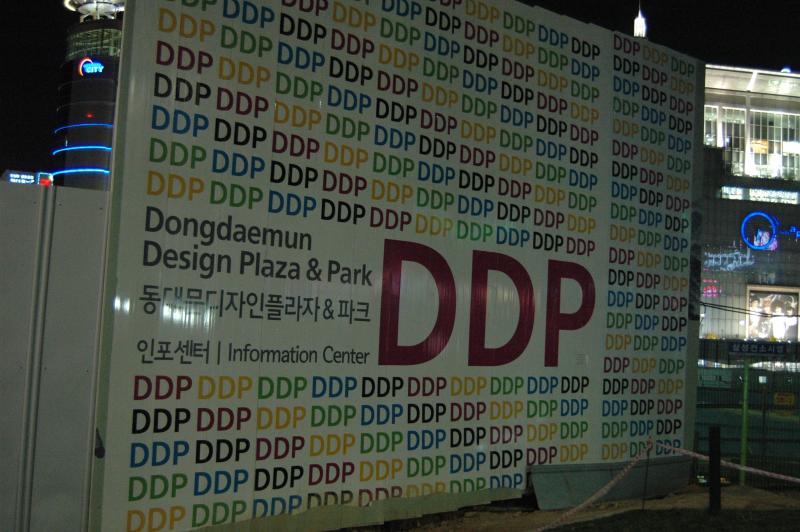 Nearby the new Information Center - plenty of English around, and a guided tour of the building is yours for the asking. You don't need a guide to tell you how to work a touchscreen, but it's a nice touch. 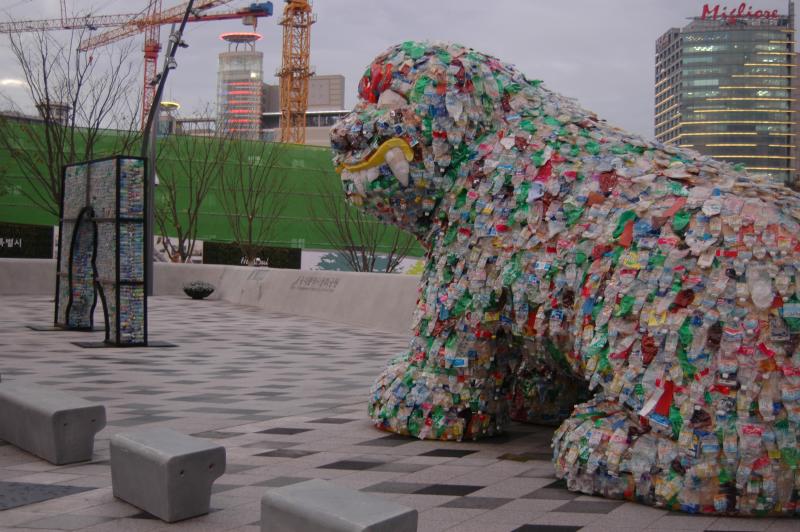 The haechi greet you – those mythical but friendly creatures Seoul has chosen to adopt. In true recycling-friendly fashion, these same two exhibits of flattened plastic bottles are the same ones that graced the recent Design Olympiad at Jamsil Baseball Stadium.

The ‘park’ part of the area is meant to give some idea of how the land was used as a military training ground – recall that Dongdaemun (‘East Great Gate’) was one of the more important gates into Seoul before the Japanese occupation. The area that the Dongdaemun History and Culture Park will sit used to be a branch of Hullyeongdogam (훈련도감), or the ‘Special Directorate for Military Training’. It was here that about 20 government buildings were discovered, along with a tile-covered footpath and a pond that was part of a garden. 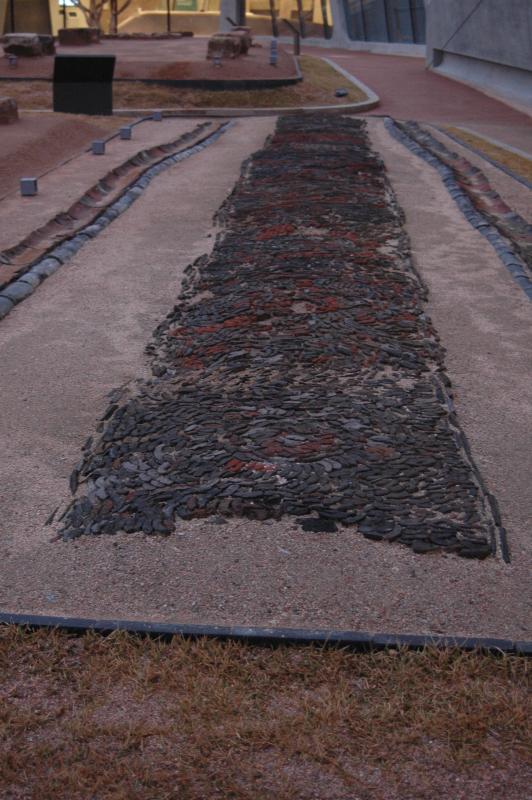 Numerous relics were also found in the area, many of which can be viewed in the nearby museum. By itself, however, the restored areas need a bit of imagination – and extrapolation. All you can currently see are the rocks that served as base stones, equally spaced about 3 meters apart, and part of the restored tile path (above). 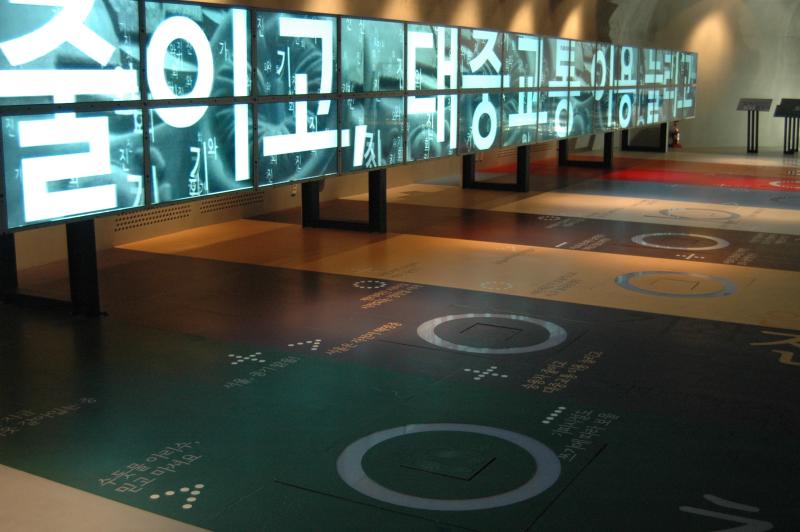 Of more interest is one rectangular room giving some information about the 10 colors of Seoul. Although the video and text is in Korean, a Korean guide spoke enough English to make sense of it all. Each color has a symbolic meaning - 'Seoul Green' recognizes Namsan'a pine trees; 'Seoul Blue' recognizes the color of high and clear sky of Seoul in Autumn. 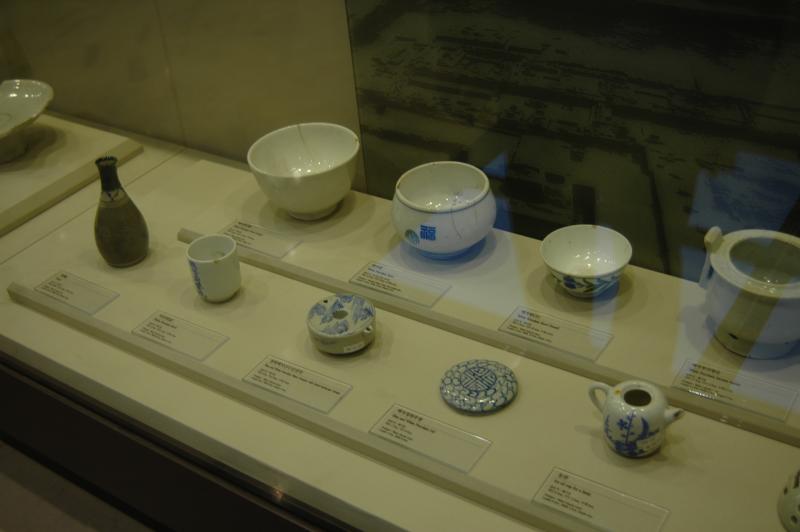 Next up was the Dongdaemun History Museum (dong-dae-mun-yeok-sa-gwan). During the excavation process, 2,778 items from the early Joseon dynasty to more modern times were discovered. The artifacts represented within the museum include white and blue porcelain dishes, some featuring a pattern called unryongmun, a pattern specifically reserved for court events and ruling classes. It’s helpful to have had the items in layers – the deeper down you dig, the earlier the artifacts get. The chronology inside goes back to 1396 – and since it’s in English, I’ll let you read it for yourself if you go to the museum.

(For those not in Korea, the walls were first constructed in 49 days by a countryful of farmers during their off-time in 1396. A couple renovations over the centuries later, the walls were destroyed during the Japanese occupation in 1926. The Japanese built a sports stadium on the site; after World War II, it became Seoul Stadium, which held a number of sporting events. After Jamsil Baseball Stadium was built for the 1988 Olympics, Dongdaemun Stadium didn't get as much use, and was eventually demolished in 2007.) 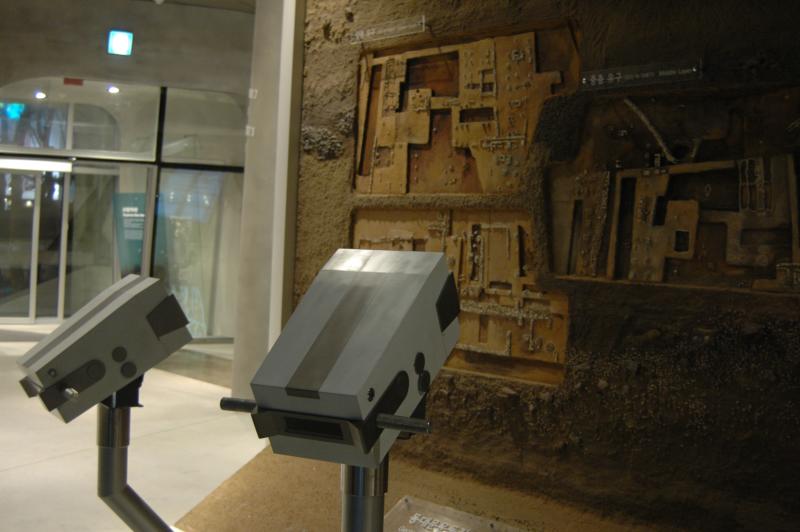 An rather odd form of augmented reality – look through the sightseeing-like display at the layers of dirt and view images, videos, or content about a given time period. 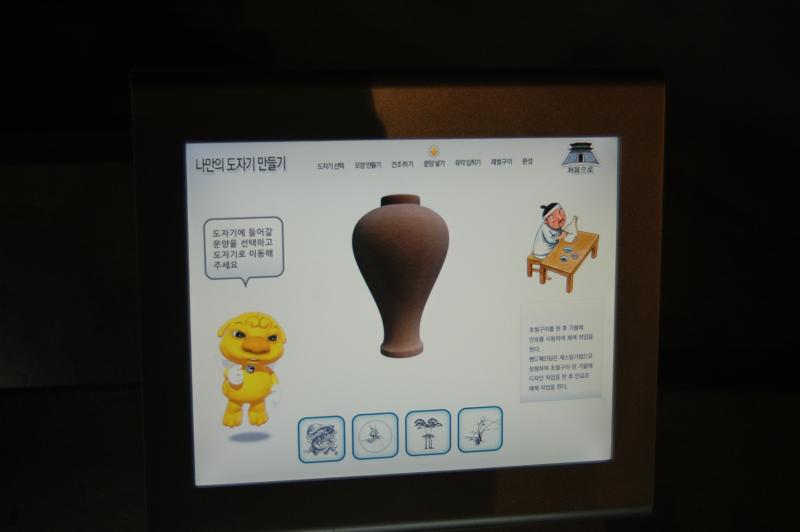 A curious interactive program – and yet another friendly haechi offers to help you make some pottery. Although it's in Korean, the touch-screen controls can be figured out through trial and error.
While some exhibits are in English and Korean, most exhibits within this museum are only in the latter. That there are adequate pictures and diagrams can assist a smart viewer to determine what’s going on.
The Event Hall (not pictured) offered even more information about the history of the Dongdaemun area. Since most information outside of the summary was in Korean, it was more interesting to observe the pictures of the area over time. Don’t miss the chance to stand in front of a webcam and watch history re-appear before your eyes. The exhibit, part of the Seoul Seonggwak Photography Project, runs until November 20th. Another exhibit entitled 'Design for Humans' will give you a chance to see some of the exhibits from the Design Olympiad in case you missed them the first time around. That goes from December 10, 2009 to January 10, 2010. 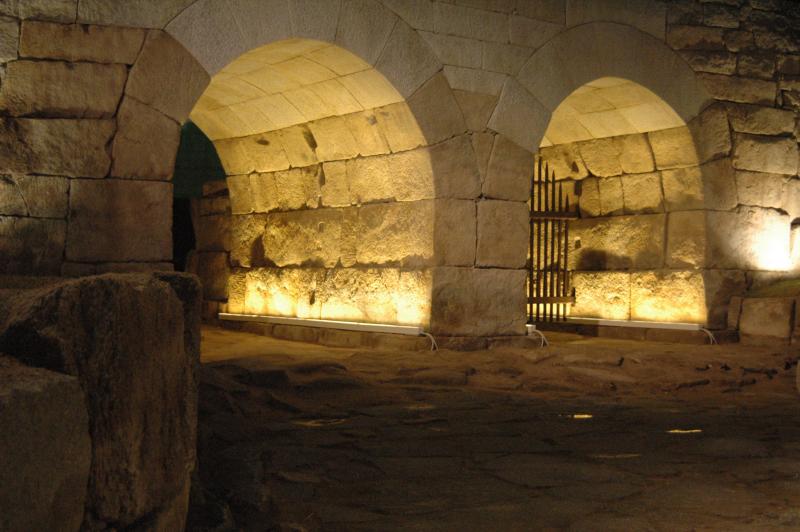 Igansumun (이간수문), or the water gate, is a sight worth seeing. In contrast to the many-storied buildings across the street (see below for a zoomed-out view), Igansumun seems quite simple. A couple simple arches under a bridge allowed water to pass out of the fortress walls. 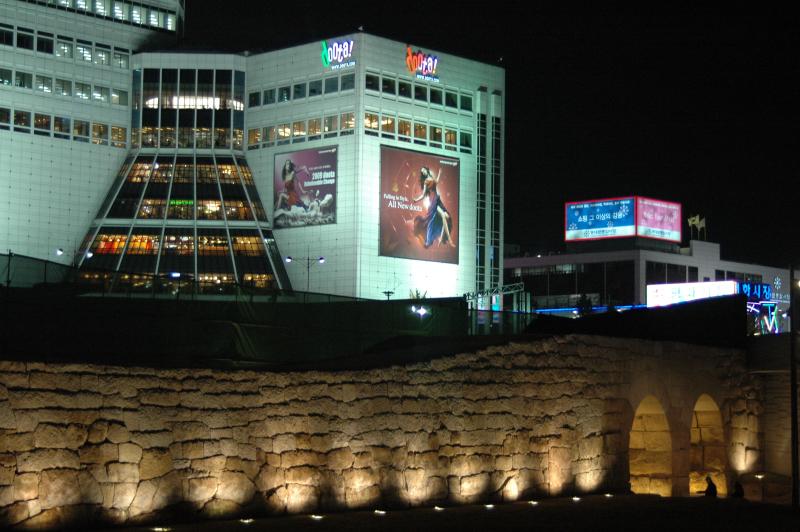 A restored part of the Seonggwak, or fortress wall. First constructed in 1396, the wall originally connected four mountains in the Seoul area – Naksan, Inwangsan, Namsan, and Bukaksan – and went on for over 18 kilometers. Most of the walls were torn down after the Japanese invaded in the early 20th century. Only the walls in the mountains were left standing. The restoration project has been ongoing since 1975 in a quest to become recognized as a world cultural asset.

The area still has that ‘new park’ look and feel to it, but seems ready for visitors to learn something of the area’s past in preparation for the area’s future. It’s a little disappointing to see some of the recreations unfinished, but several other offerings make it worth a trip.

Directions to Dongdaemun History and Culture Park: Take line 2, 3, or 5 of the Seoul subway system to the Dongdaemun Stadium station. Take exit 1 to street level, then make a U-turn to the right. Follow the construction wall for about 200 meters until you see the information center. Walk another 200 meters to find the entrance to the park. Free admission; most buildings open from 10am - 9pm. Wheelchair / stroller friendly.