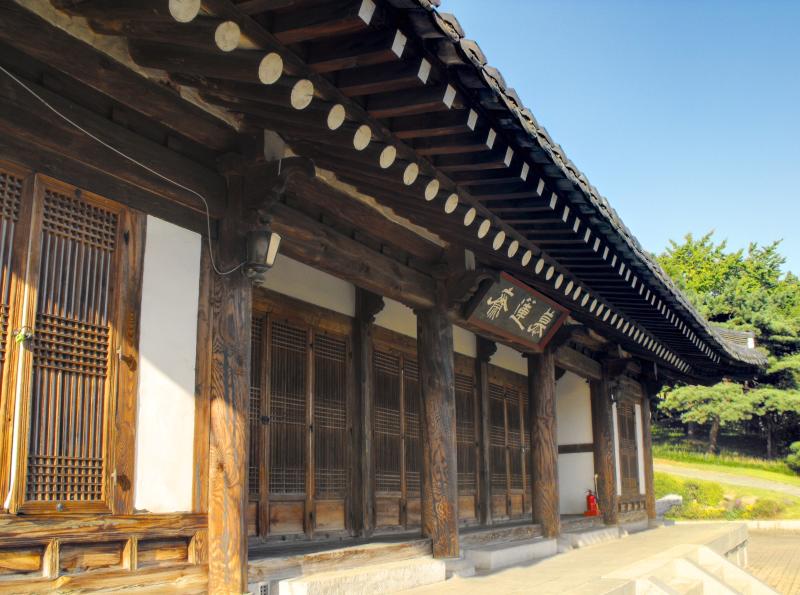 Like most shrines located in Seoul, Cheonggwonsa (sa can mean either temple or shrine, thus Cheonggwon Shrine) preserves memories of the past so as to be understood for the present and future. While not precisely a tourist site - and definitely not touristy in one area - it's a quiet and peaceful place to get away from city life.

After arriving, look left to see the building that houses the spirit tablets for Prince Hyoryang (1396 - 1486) and his wife, Princess Jeong (1394 - 1470). While this particular prince never served as a King during the Joseon Dynasty, it's because he, along with his older brother Yangnyeong, recognized their younger brother (the future King Sejong) was the one most able to take over the throne. Since passing the torch from one generation to the next was done oldest brother first, both Hyoryang and Yangnyeong plotted to act rudely in court. That caused them to be banished from Seoul and the crown passed to their younger brother, the future King Sejong (Source: Wikipedia). The shrine remains closed, so there's no peeking at the actual spirit tablets. 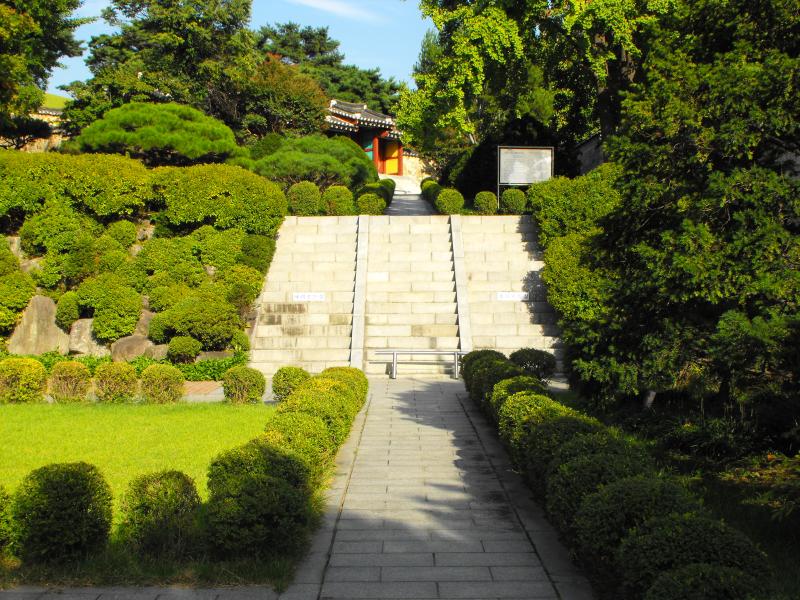 Like most shrines, temples, and palaces in Korea, each building has been reconstructed or rebuilt in the centuries since it was first created. According to one website, the shrine was first constructed in 1736 by King Yeongjo the Great, and given the name Cheonggwan, or "virtous conduct". Designated a Local Tangible Cultural Property in 1972, the street in front of the shrine was renamed in 1985 to Hyoryong-ro (ro meaning road), and a wall was built around the property in 1986. 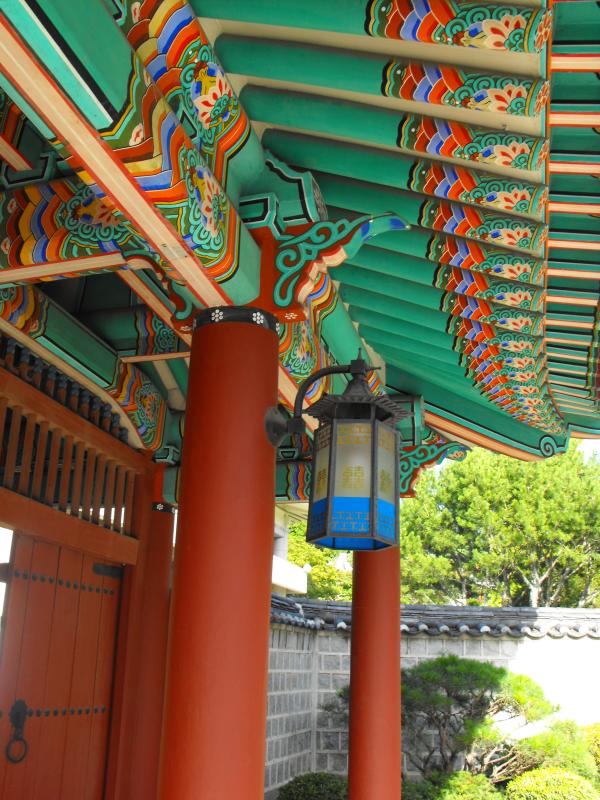 Looking up at the reconstructed front gate to the tombs. The gates may be closed, but climb the hill and look for some stairs around the side to lead you up to the tombs. 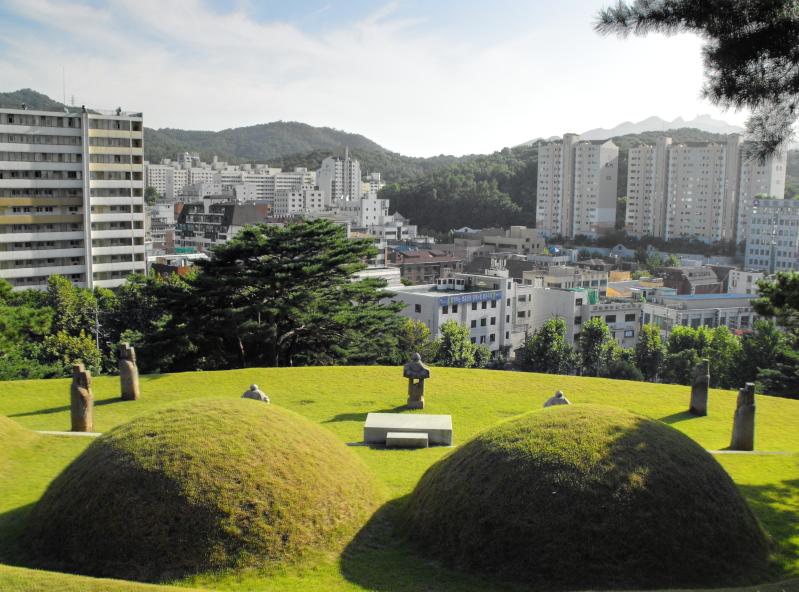 The tombs face the world above much of the cityscape - one nice thing about being a few flights of stairs above ground level.

It's here where the slight oddity comes into play - an area of untamed wildilfe uphill and behind the tomb: 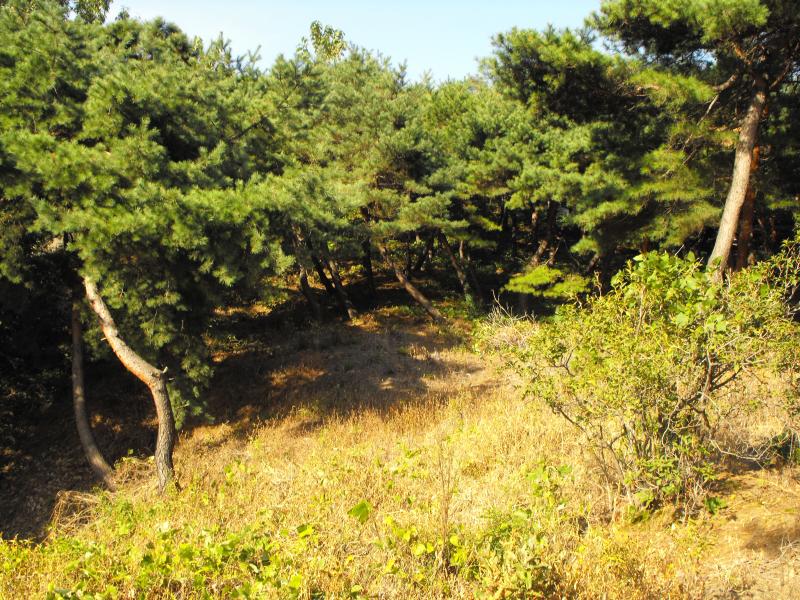 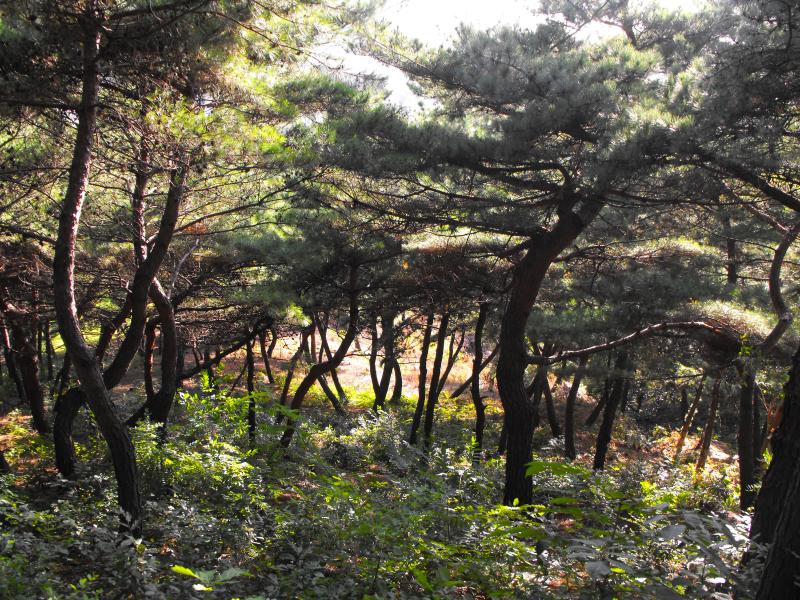 It's definitely part of the area, since it's walled in along with the shrine and tombs. My guess is that it was made part of the area when the wall was created in 1986 - with plenty of trees and undergrowth, this area hasn't been disturbed or renovated - or even mowed - in quite awhile. 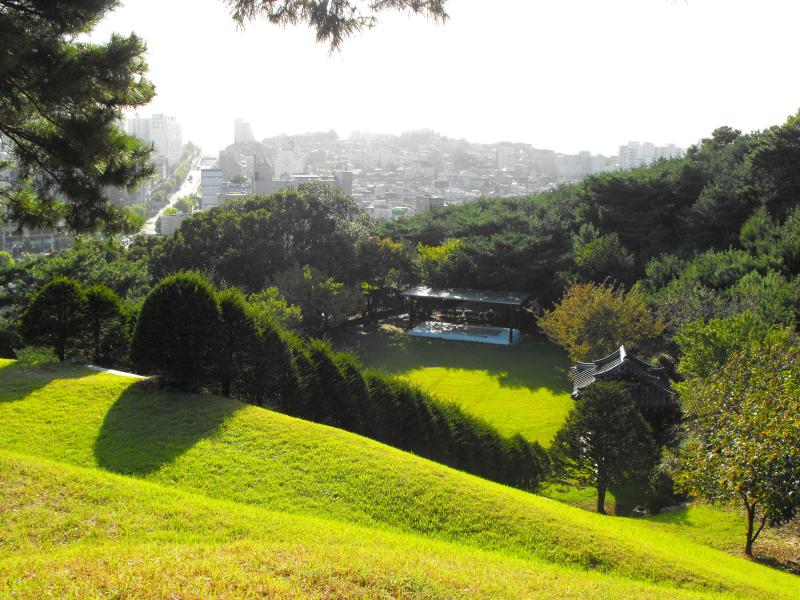 A look at the tree-lined stairs down back towards the shrine and a pond: 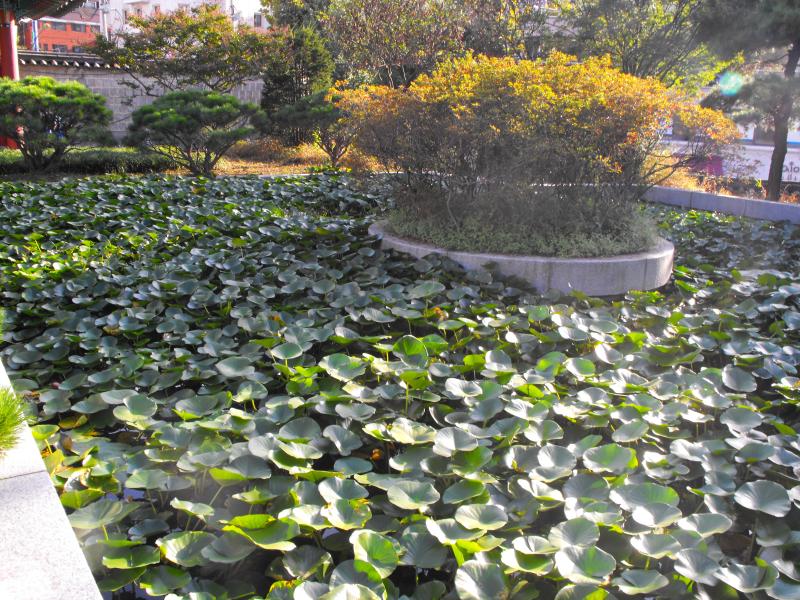 The peaceful setting is best nearer to the tombs, farther from the traffic just outside the front gate. With good signage, free admission, and a nice view of the tombs, Cheonggwansa is worth a visit.
Ratings (out of 5 taeguks):

(nothing on site, but a convenience store and a subway station are nearby)

Directions to Cheonggwonsa: take line 2 of the Seoul subway system to the Bangbae station, then take exit 4 to street level. Make a U-turn to the right, then walk 100 meters and look left. Free admission; no indication on hours.