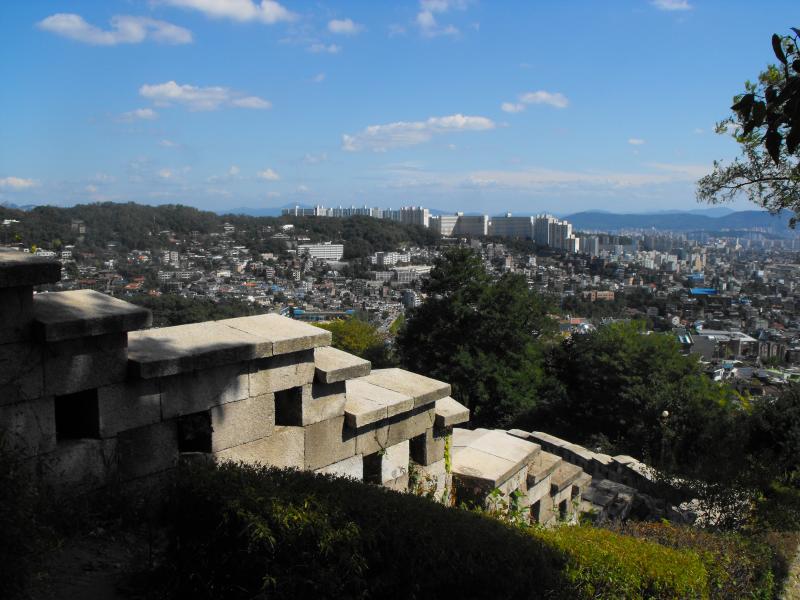 Whether you spell it Bugaksan or Bukaksan, 부각산 rests north of the Blue House (the residence of the Korean president), and south of the more well-known Bukhansan. At 342 meters high, it's far from the the tallest mountain in the area, but it's certainly one easily accessible by public transportation. The path to take follows several kilometers of the fortress wall, which runs along the ridges of the mountain that once kept Seoul secure. While walking the wall you'll pass 숙정문 (Sukjeongmun), or the North Gate for the city, and end up near 창의문 (Changuimun), or the Northwest Gate.

At 12 meters high and 18.2 kilometers long, the existence of a fortress wall around Hanyang (present-day Seoul) dates back to 1396. As with most other historic Korean construction, the gates and walls have all been restored over the centuries; the wall as it exists today has been worked on since 1945. Don't miss out on a wonderful opportunity to learn about the different building styles of the fortress wall over the years. 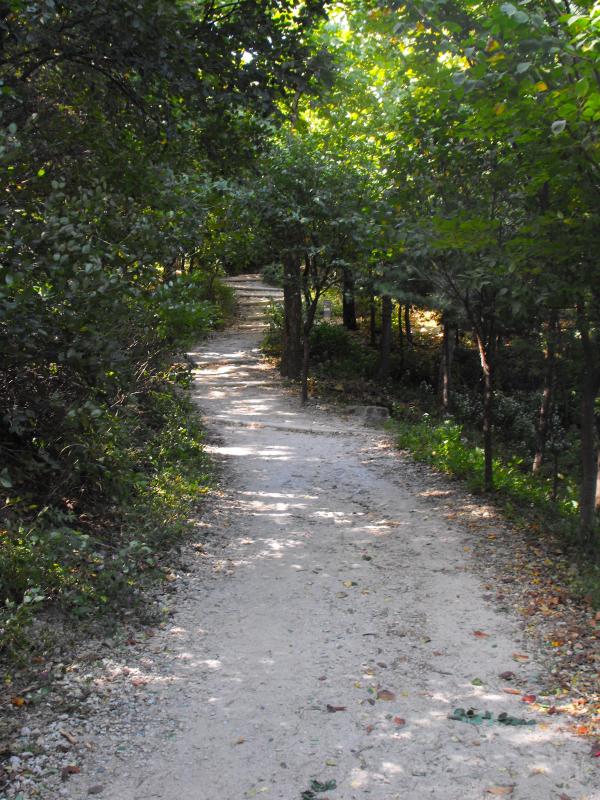 This is not the easiest climb in the world - and there is very little to speak of in terms of facilities along the way. Use the bathroom before starting, then stock up on water and a snack or two to keep you going during the 3.8 kilometer hike - and the 20 minute uphill walk to the start of the hike. 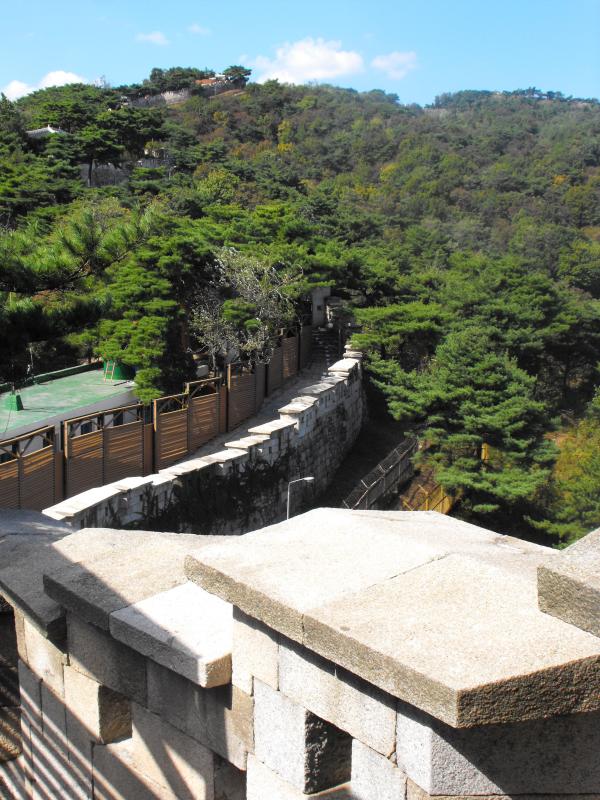 Because of the proximity to Korean military installations and an assassination attempt against then-president Park Chung-hee in 1961, the hiking trail was closed to civilians until April 2007. Today, you'll need to fill out a registration form where you agree to a few conditions. Pictures are only allowed in certain areas (and gentlemen in blue shirts are stationed every 100 meters or so to ensure this rule is followed), and signs written in Korean will give you a clue. You're not allowed to get off the beaten path - doing so would set off a motion detector and set the gentlemen off to find you. After you sign the form, you'll be given a card on a lanyard to identify you - wear that around your neck while hiking.

While the military installation is essentially covered up and cloaked by trees, the evidence of something inside the fortress walls exists. Look closely - that's two sets of barbed wire fences greeting anyone trying to get in anywhere other the gate.

The city's hum is muted throughout the hike, but thanks to the guards along the way you're never too far from someone else. If you can handle that, the views here are some of the best in Seoul. You're far enough up that the tops of skyscrapers are no longer so intimidatingly high. 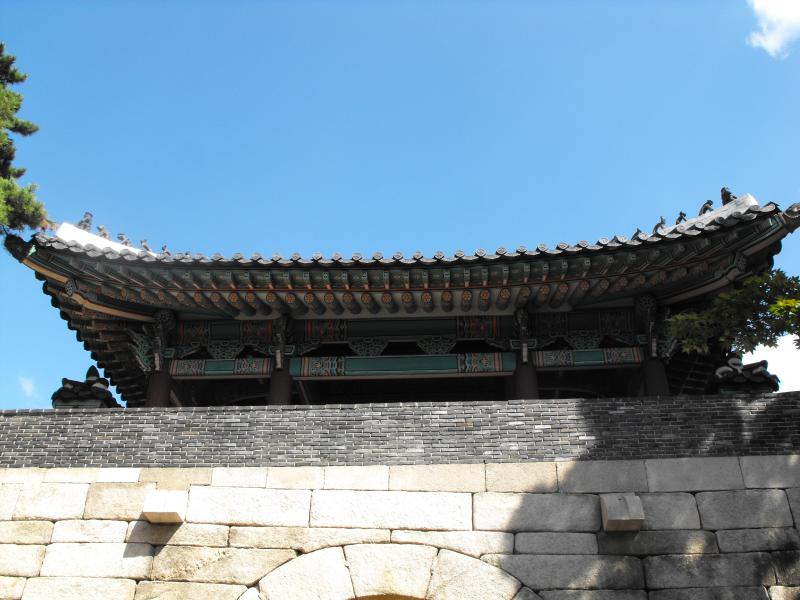 숙정문 (Sukjeongmun) - the North Gate. It was originally built in 1396 and named 숙청문 (Sukcheongmun), but was moved (yes, they moved a gate) in 1504 and renamed to its current name. According to the traditional theory of Yin, Yang, and the Five Elements from ancient Chinese belief, the North Gate represents 'water', or 'shady energy'. The gate was built to complete the set of four, and to serve as an emergency exit. Therefore, this gate would barely be used except for symbolic purposes or during a heavy drought. Call it an early form of feng shui if you like. 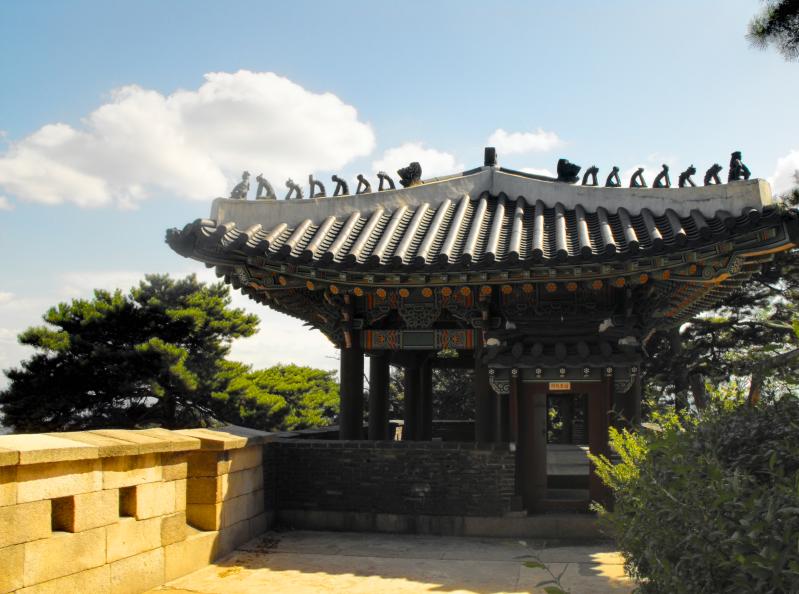 A look at the second floor of the gate. The view from the gate was plenty more of Bukhansan, a valley of trees, and plenty of buildings that seem so far away. 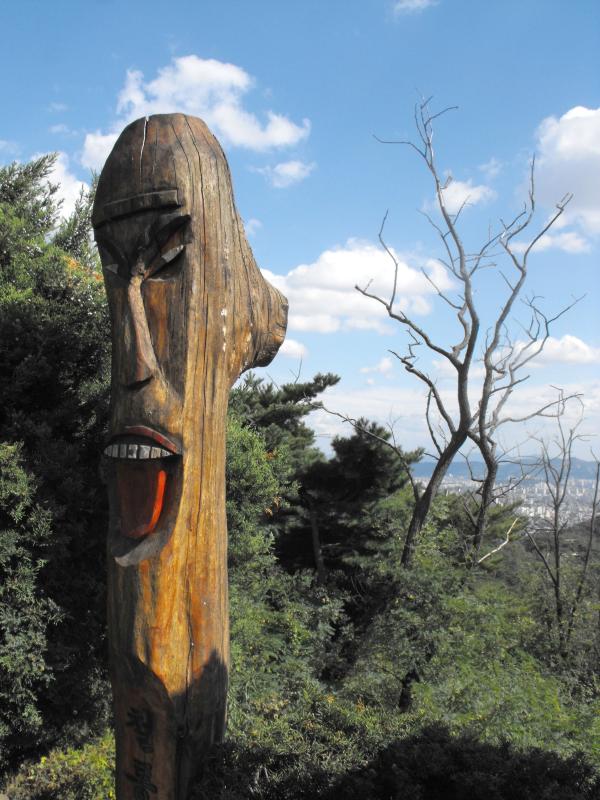 Just outside a slatted wall discouraging people from looking into a military building is this 장승 (Jangseung) and the scene looking out. Used to protect a village or building against evil spirits and other disasters, a jangseung often exaggerates a human face in some way. Take a second while here to mimic the face and stretch a few muscles - your knees will thank you later.

Going from the north gate to Changuimun requires a fairly stride, as well as some good endurance. Thankfully, there are a few places to rest your feet and chat with your fellow hikers. Eventually you will come to a very long staircase going down - where the hike begins to come to an end. Although not overly steep, take care of avoid absorbing all the impact in your knees as you come down.

At last, the 3.8 kilometer hike is complete. After the last steps down a long staircase, turn your identity card in and take a few more steps down to appreciate the northwest gate of Changuimun: 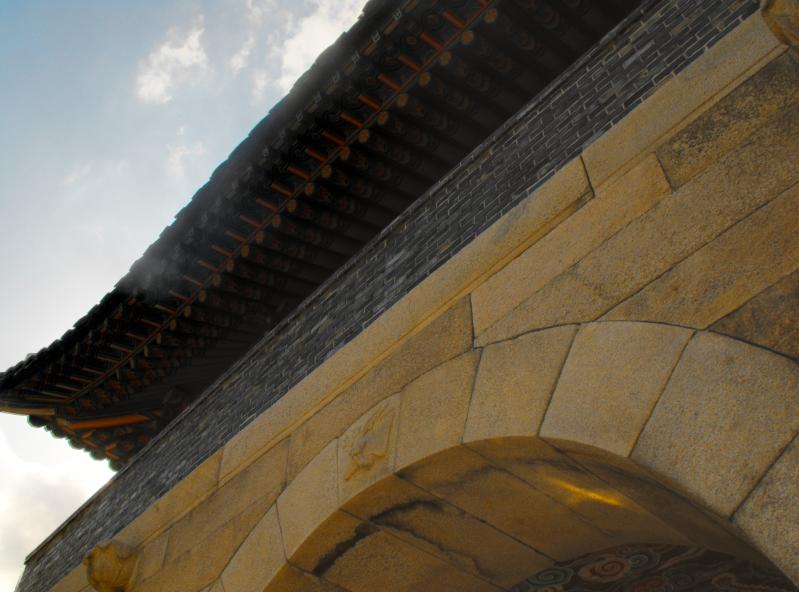 First built in 1413, Changuimun had a gate tower built in 1741 and repaired in 1956. It's the last of the four smaller gates that remains in its original condition. 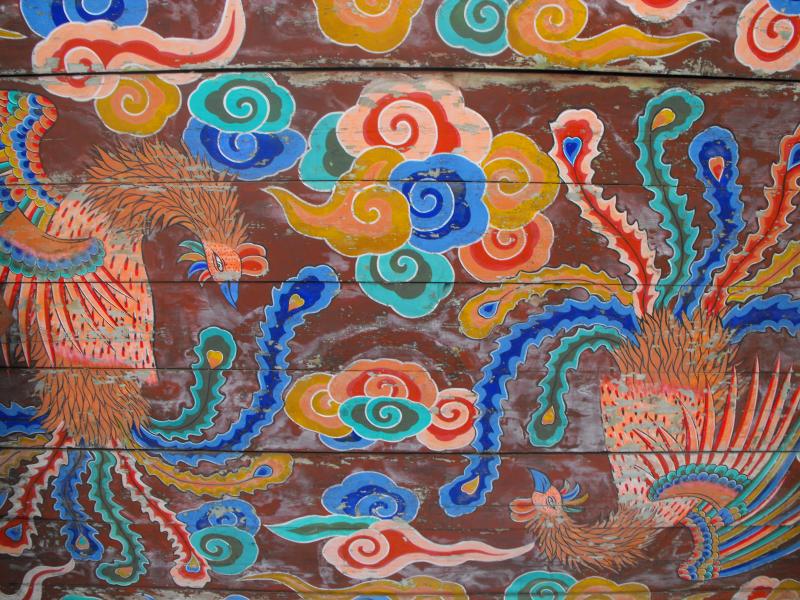 The first-floor ceiling of the gate - note the vivid colors to indicate the recent restoration. According to a folk tale, the outer landscape of Changuimun was shaped like a centipede, and the rooster was the natural enemy of the centipede.

Although the military presence is noticeable, it certainly doesn't take anything away from the sights. These are sights that are better seen with your own eyes than pictured by someone else - make it a quick daytrip in the early afternoon before traveling elsewhere in the city.

(Use the restroom and buy some water / snacks at the subway station before starting the hike - there's nothing along the way)
Worth the visit:

Directions to Bukaksan and fortress wall: To go the way I went, take line 3 of the Seoul subway system to the Anguk station. Take exit 2 to street leve, then take green bus #02 to the very last stop after climbing a steep hill. Continue up the hill and follow the signs towards부각산 (Bukaksan) and 말바위 안내 소 (Malbawi Information Center) - that's where you'll register and pick up your identity card. It's 600 meters uphill and about 20 minutes from where you get off the bus - just keep following the signs.

If you can handle a steep uphill climb and want to get right to the hiking, take line 3 of the Seoul subway system to the Gyeongbokgung station, and take exit 1 to street level. Look for buses 0212, 7022, or 1020 and go 5 stops to the 자하문고개 (Jahamun-gogae) stop. Look up your side of the street and start hiking toward Changuimun.