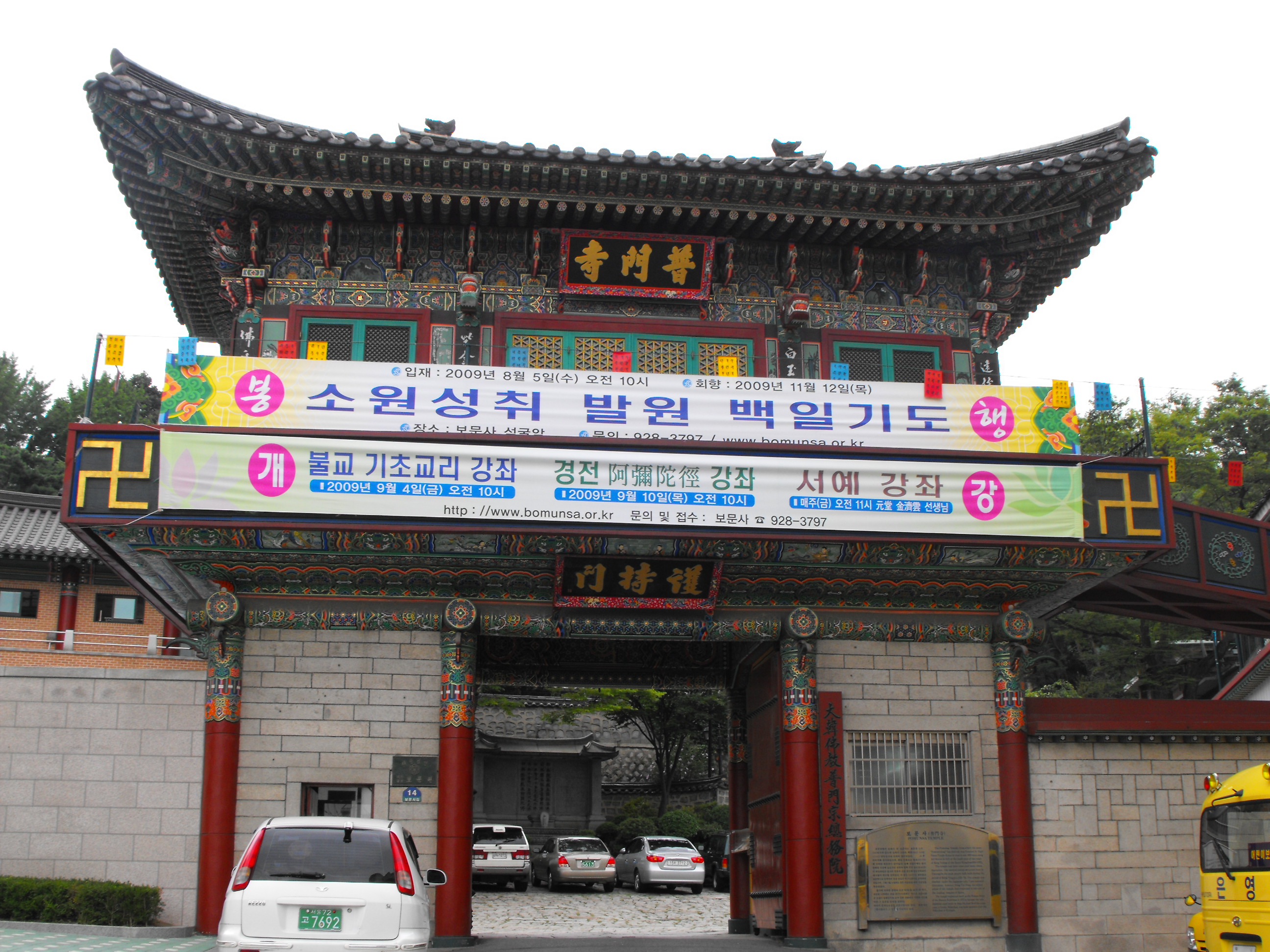 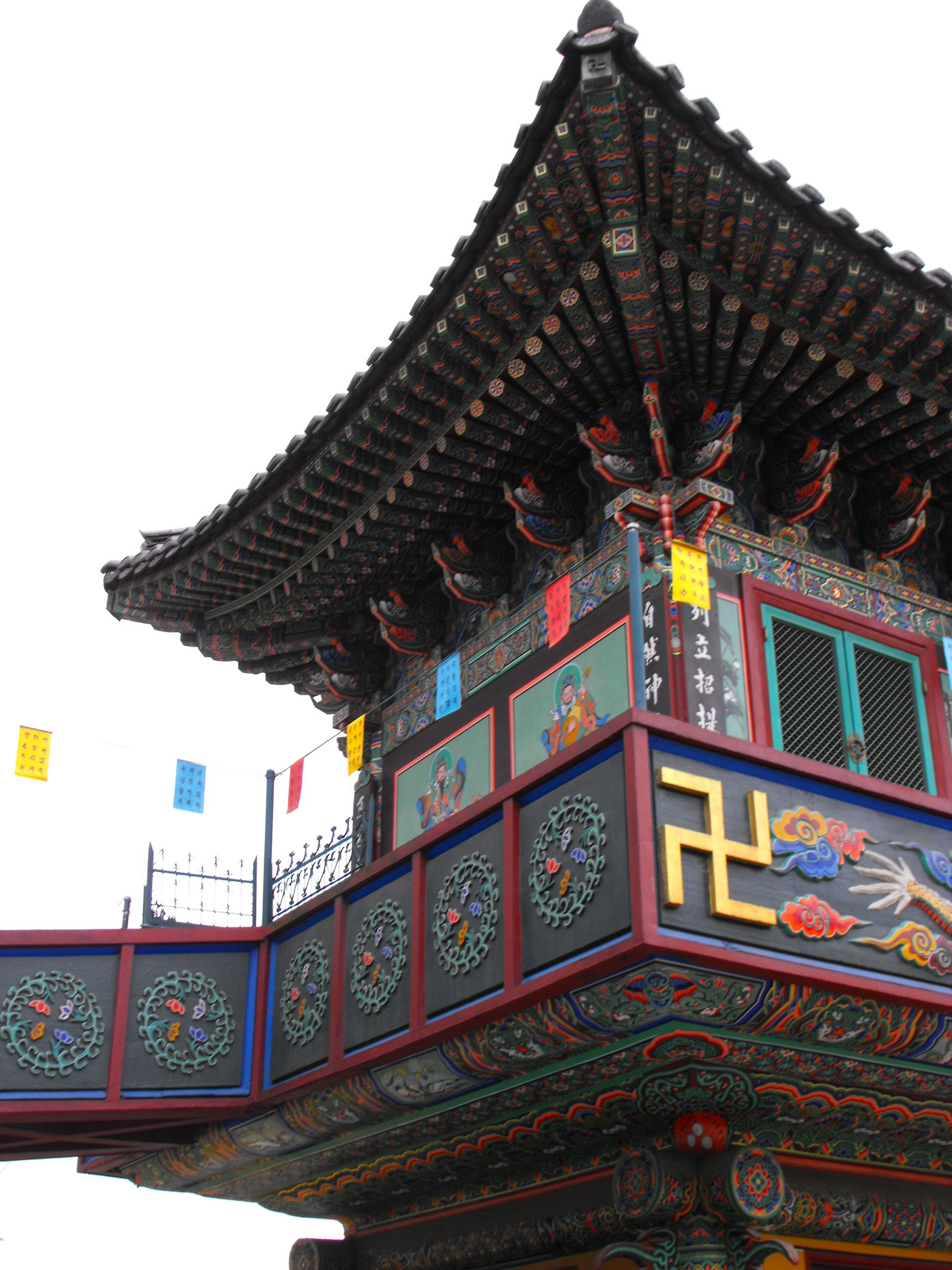 Correction: The Bomun order is Korea's only order of Buddhist nuns (HT to Gomushin Girl), not Asia's. See the comments for more.

The high temple of Asia's Korea's only order of Buddhist nuns welcomes you . Originally founded in 1115 during the Goryeo dynasty, this temple has seen its ups and downs as they all have. Above is 호지문, also known as the temple's front gate. It's quite elaborate - and shouldn't simply be passed through while seeing the rest of the area.
Like most temples in the country, Bomunsa has been renovated many times, and it's difficult to tell how old the current buildings are. According to one sign, the grand hall (대웅전) has survived since King Yeongjo's time (reigned from 1721-1776); other buildings are a little more vague about their age. 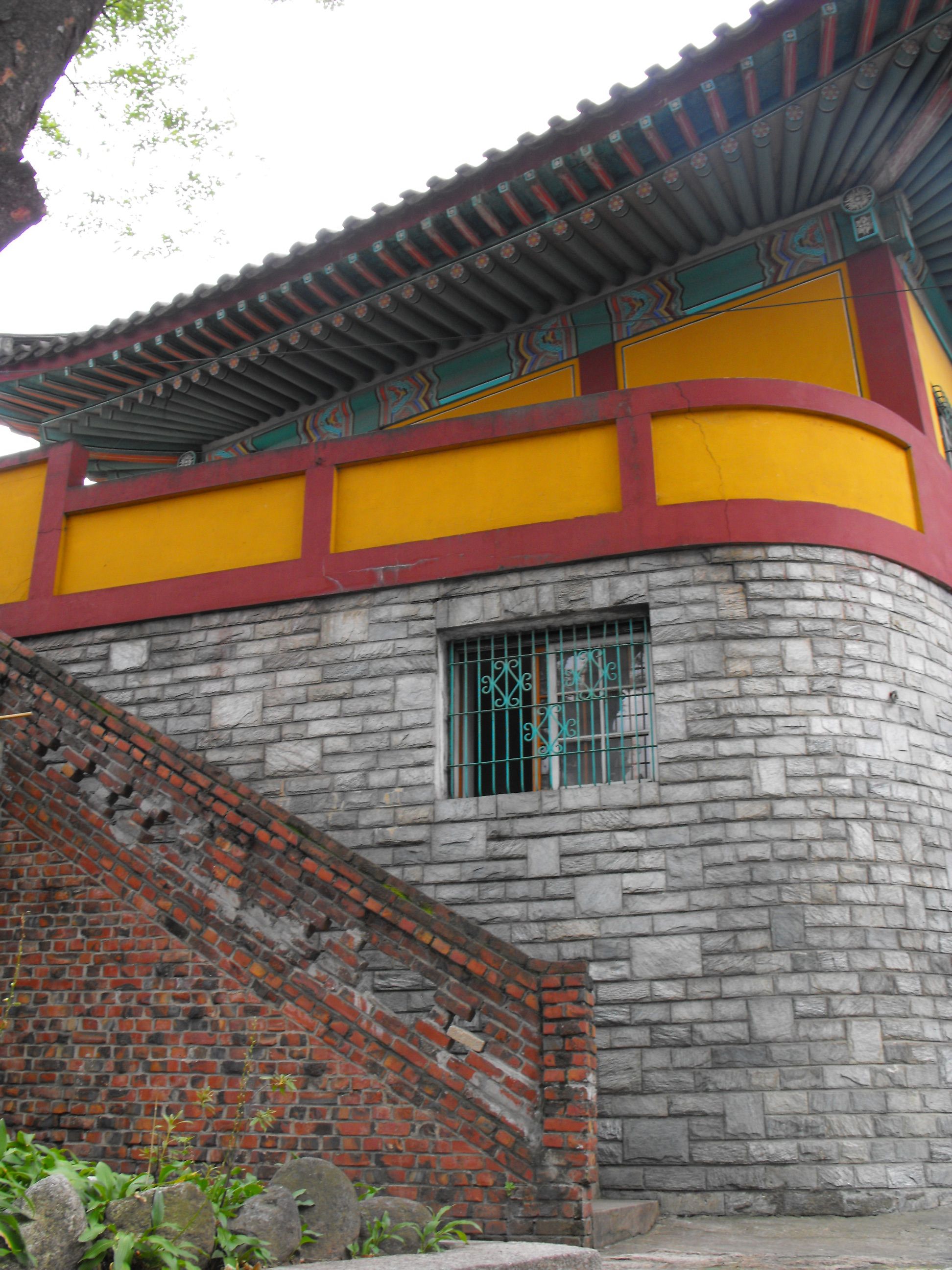 It's worth noting that Bomunsa is very much a practical place where the nuns live; as a result, some buildings aren't precisely beautiful or open for viewing. Some areas, however, are still beautiful without needing anything special about them. 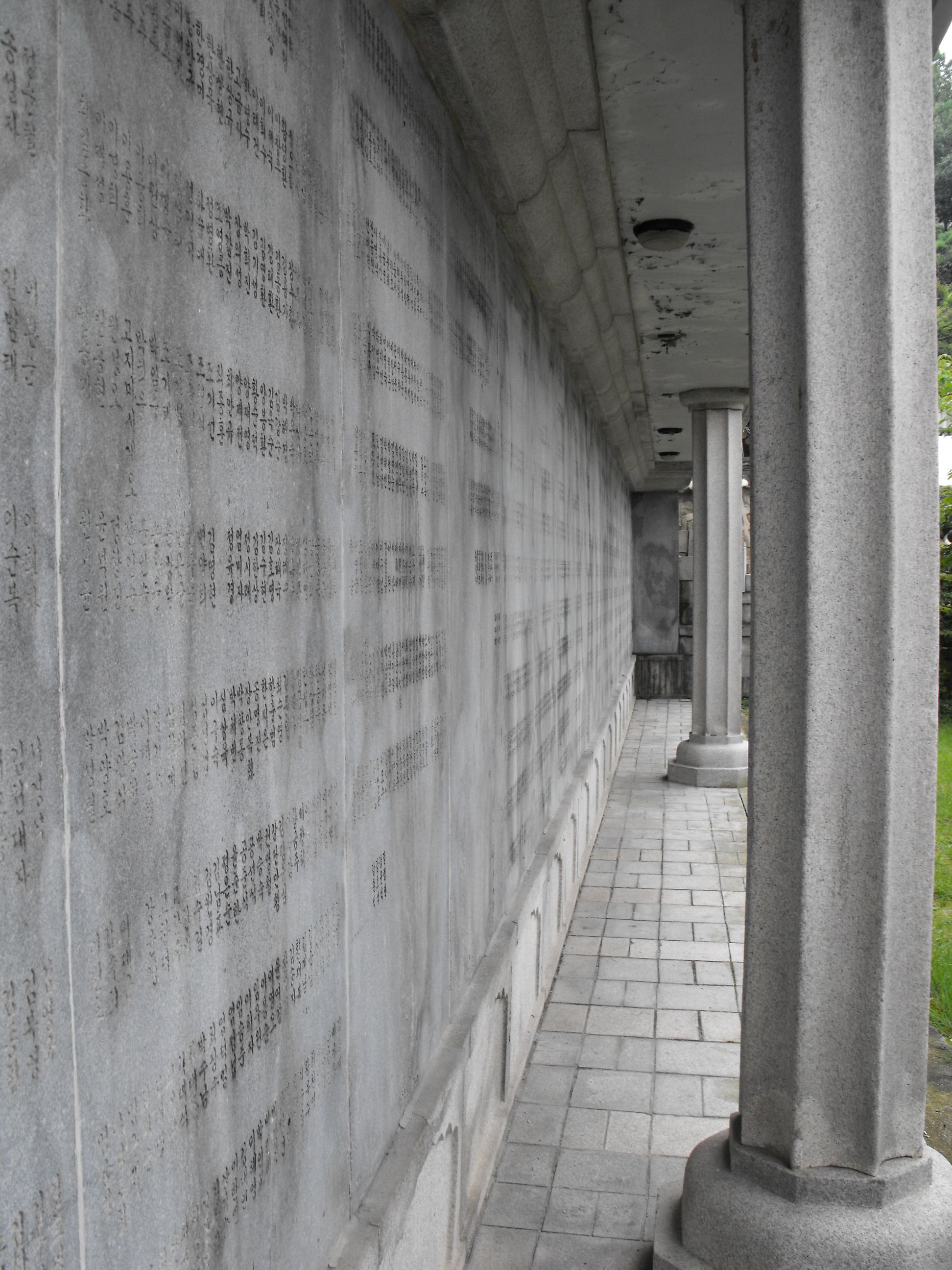 Along the side of one building is a long list of names - since it's not precisely a tourist destination, there's no sign indicating what these people were known for. Based on the number of names, my guess is a list of nuns that have lived here over the centuries. 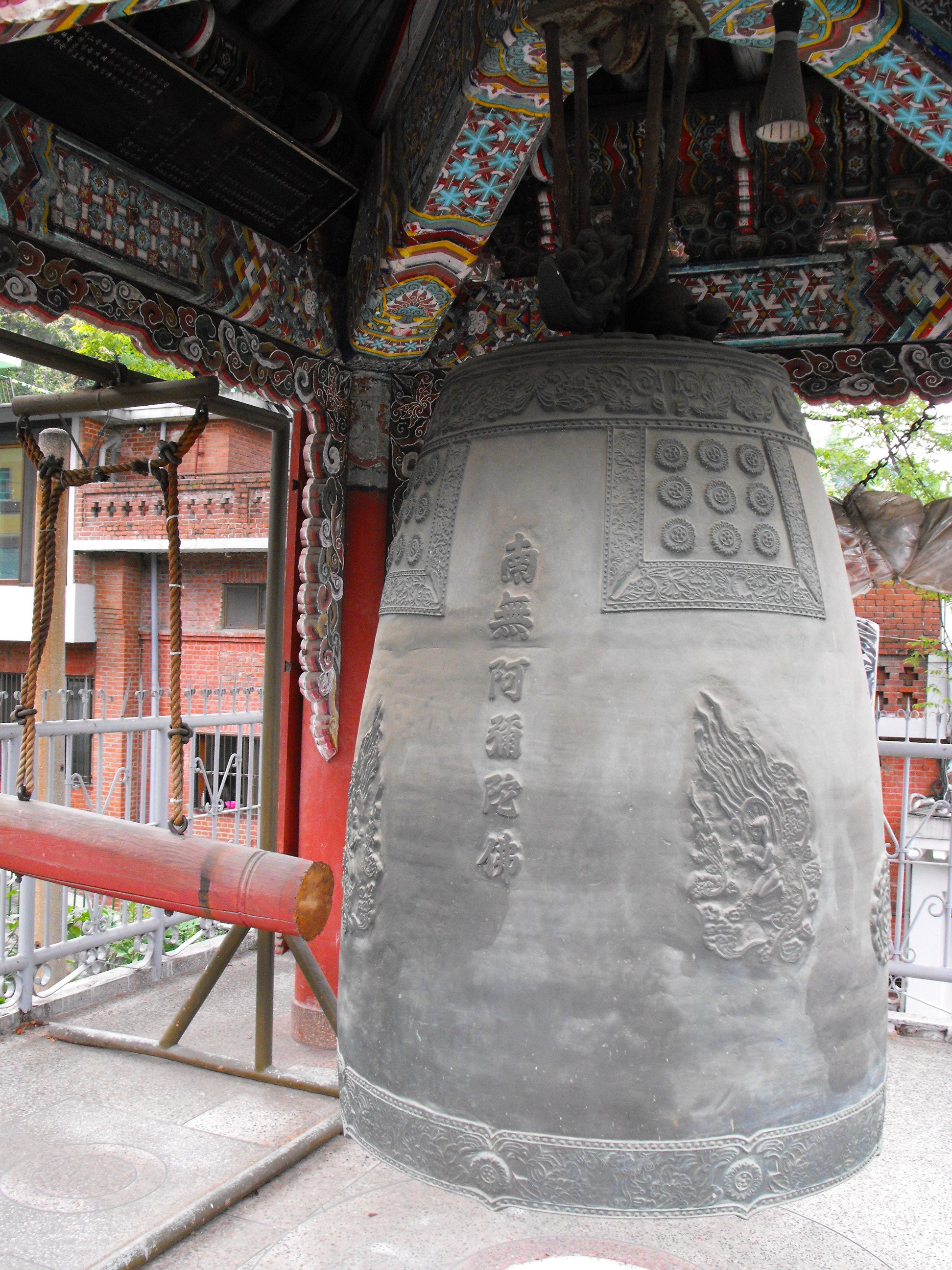 The Bomunsa Bell - note the painting on the ceiling and elsewhere. Quite beautiful. 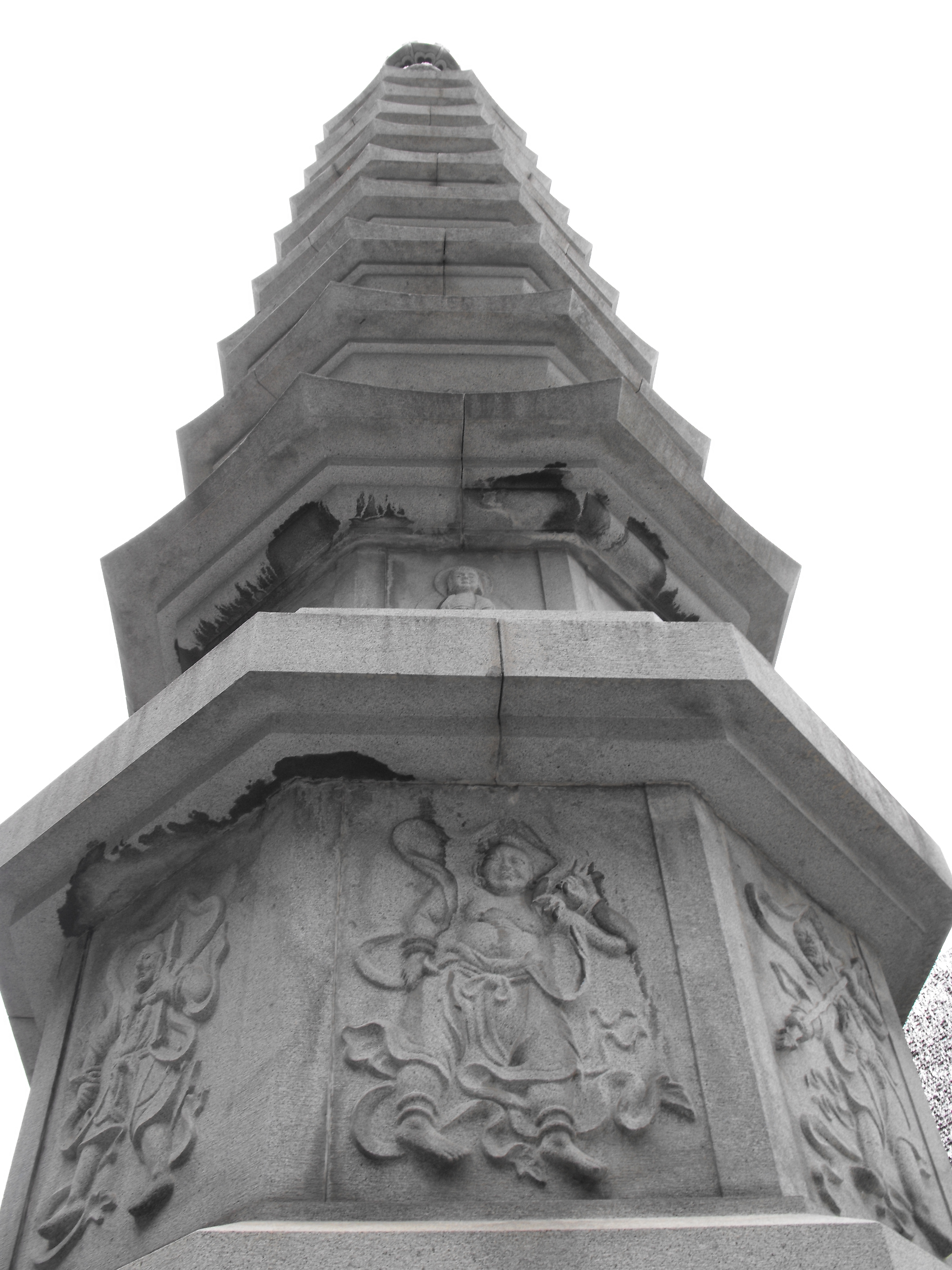 With eight angles and nine stories, this reliquary stone tower claims to house the "teeth relics" of Buddha, and is an example of Goryeo (918-1392 A.D.) architecture. 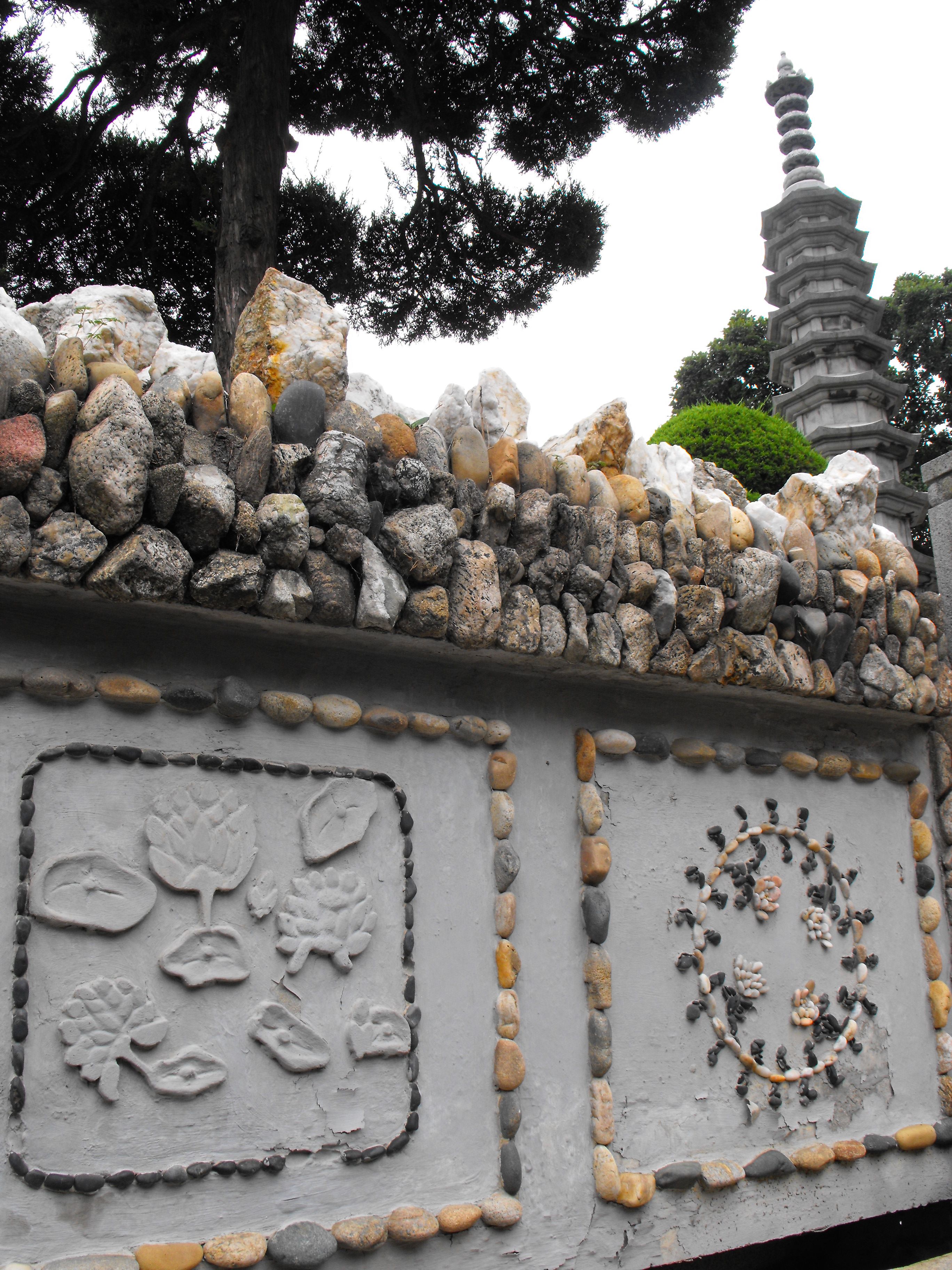 Some unique rock arrangements built into one of the walls - quite a few of these were visible amongst the walls as you walked up or down the stairs. Other designs included flowers and Buddhist icons.
Out of respect for the religious and religious icons, I took no pictures of the Buddha figures or the altars. Climbing up the steps and through the four gates brings me to the Buddha. Each gate, according to the brochure has a name - the gate of circumnavigation, deliverance, moral strength, and the gate of the Four Guardian Spirits of the sky. In any case, it did seem appropriate to reflect in the Buddha's presence. Whether Buddhist or not, things certainly seem more peaceful after some quiet reflection on the figure. People were also welcome to perform obeisance (deep bowing) or burn incense at the altar.
Before long, it was time to discover the unusually large forest inside the temple's walls: 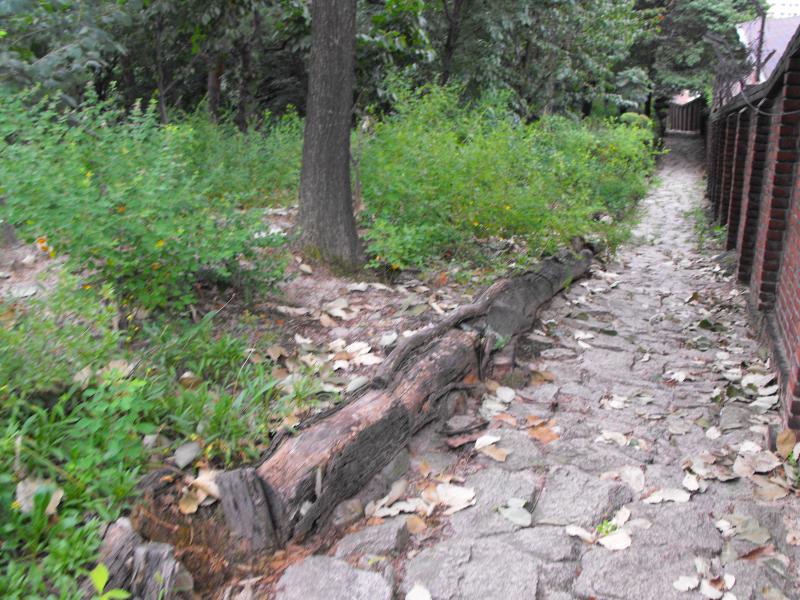 Although walking through the forest is not feasible (there's no path, anyway), following the trail around the perimeter of the wall is still quite enjoyable. 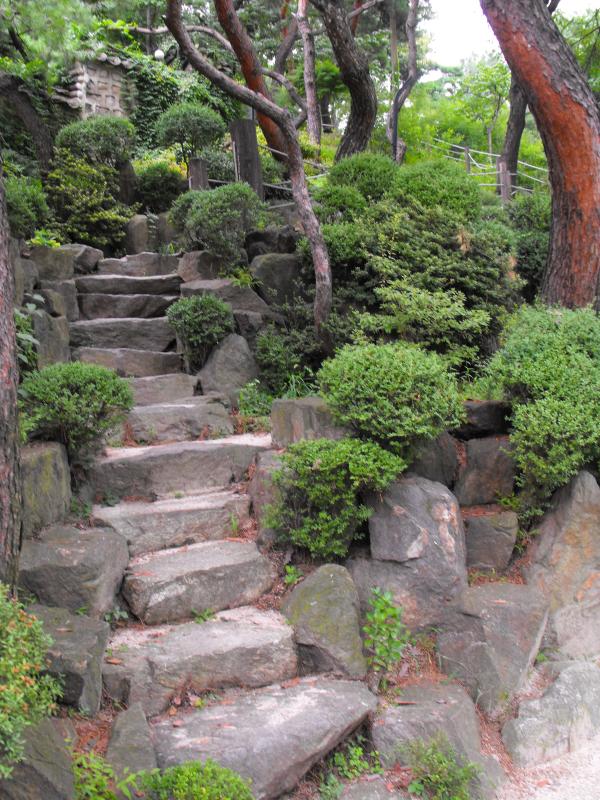 The walk around the perimeter isn't that long - perhaps a kilometer and a half - and isn't too difficult of a walk.

As we were leaving the temple, we saw this odd watering hole: 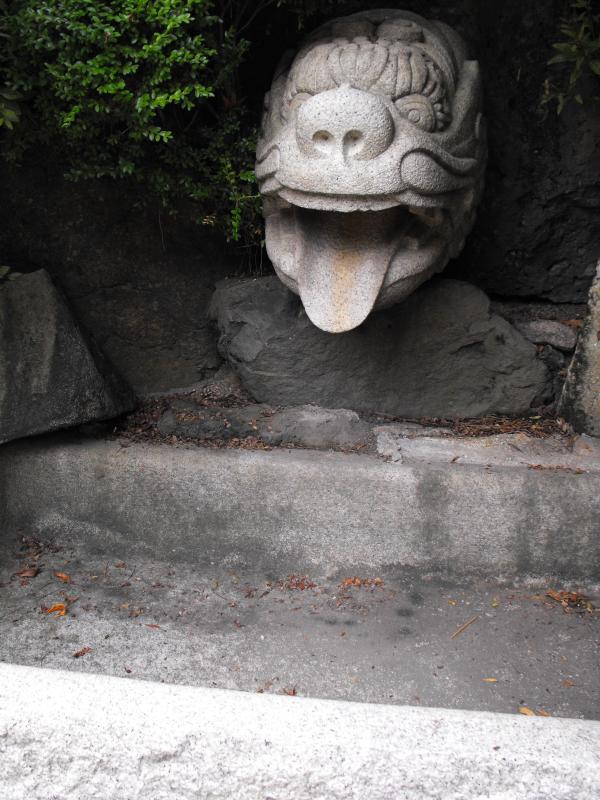 It's worth coming by on a peaceful afternoon to see the sights, although the nuns were almost nowhere to be seen. We saw a couple conversing with other Koreans, and presumably the rest were busy with their lives as nuns.

Worth noting: Every Saturday afternoon is a mini-templestay from 2pm to 5pm. Learn about the Korean tea ceremony, making a lotus lantern, and practicing obeisance for 10,000 won. It's open to both foreigners and Koreans, and is a great opportunity to learn more about the Buddhist faith. For more information, check out their website (link in English) or call at 02-928-3797.While it's not a full-fledged templestay, it's certainly interesting for those interested but don't have a full weekend.
Directions to Bomunsa: Take line 6 of the Seoul subway system to the Bomun station. Take exit 1 to street level. Bear right and look uphill instead of going through the tunnel. Buses 103, 142, 152, 272, 273, 1014, and 1162 also stop nearby.