Chuseok (추석) is considered the biggest and most important holiday in Korea. It is a time when family members from near and far come together to share food and stories and to give thanks to their ancestors for the abundant harvest.

Chuseok is a festival of colors and lot of good food. The flavor of certain Korean dishes are unique for this fetsival.  Although there are many tasty treats or dishes during the harvest season, the one that stands out above all else is songpyeon, traditional Chuseok rice cakes.


The filling in rice cake is made by  green soybeans and sesame are used as ingredients for
the filling. Specially the Songpyeon is then steamed in a layer of pine needles, leaving a pattern on
the finished songpyeon along with an appetizing  scent. After all the necessary steps are taken,
rice cakes that have been filled and prepared are steamed in an earthenware steamer. The finished product will have a faint but fragrant scent, along with a deliciously chewy texture
that makes for a mixture of flavors and sublime tastes. Songpyeon is a tasty treat usually enjoyed during Chuseok, and there are many reasons for this.

Importance of Songpyeon in Chuseok
Chuseok for Expats
See the link below:
http://kojeblogger.blogspot.kr/2012/08/chuseok-for-expats-in-south-korea.html 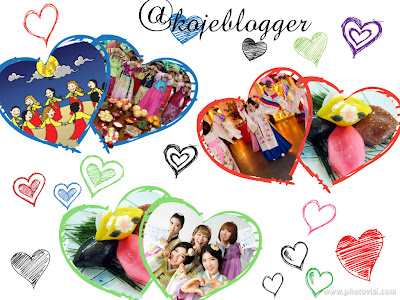 Wishing you all a very Happy Chuseok and happy Holidays!
Enjoy!
kojeblogger