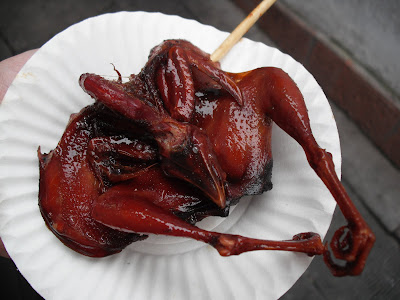 We've just been to Chengdu, the supposed "culinary capital of China." With such credentials one expects a vibrant, healthy street-food scene, but a recent a post from rasamalaysia.com warned me that this would not necessarily be the case.

Apparently the Chengdu authorities’ approach to street food is conducted with all the subtleness of a bulldozer in a hutong. Recent years have seen many vendors either shut down or forced to move inside. What's left is sparsely scattered through the city, with most of what's on offer limited to a few artificially constructed "food streets" close to the main tourist hotspots.

That's not to say the food there is bad. Skewered quail had been cooked, glazed and deep-fried (the latter perhaps to make the bones softer) and tasted of five spices. 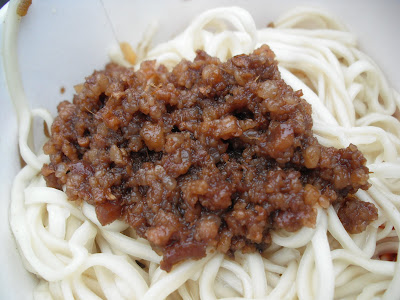 I also managed to locate some dan dan noodles, one of the local specialities. These consisted of freshly cooked noodles placed on a bed of thick chilli oil, then topped with spicy ground pork. The result was probably the best noodle dish I've had since I arrived in China. The noodles tempered the heat of the chilli. 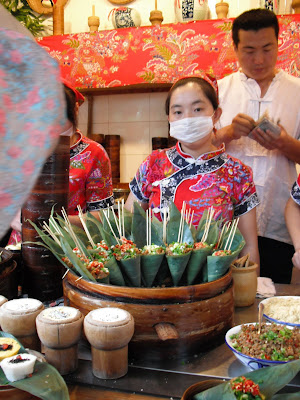 The same couldn't be said for this little stunner. Jellied minced beef was wrapped in a bamboo leaf then topped with sliced chilli and green onions. Much to the amusement of some passing Chinese, I broke into a serious case of the sweats while eating this. Definitely the spiciest thing I've had in a long time.

On the non-street food front Chengdu has much to recommend itself. Nearly everything you order comes loaded with fantastically mouth-numbing Sichuan peppers and hot chill’s. Top of the pile is of course the legendary hot pot, an outstanding act of masochism that will leave you wincing but going back for more.